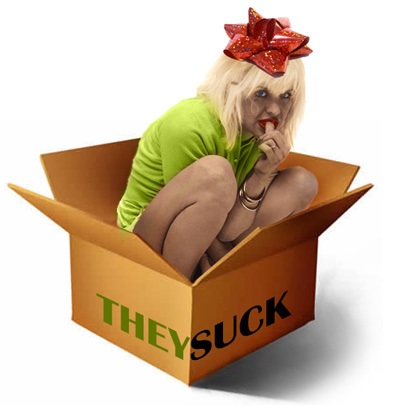 Twitter gets a lot of attention these days.  In recent weeks, we've seen jurors twittering from the jury box, lawmakers twittering during Obama's first address to Congress, and celebrity ghost twitterers, to name just a few examples of the growing visibility of the micro-blogging platform.  There's been enough hoopla for John Stewart to report the outbreak of a "Twitter Frenzy."  While Stewart expresses mock luddite skepticism ("I have no idea how it works, or why it is"), the New York Times hails it as "an important marketing tool for celebrities, politicians and businesses, promising a level of intimacy never before approached online, as well as giving the public the ability to speak directly to people and institutions once comfortably on a pedestal."

Now, at least as far as CMLP is concerned, Twitter has come of age.  Why?  Because Twitter has sparked its very first defamation lawsuit. (A colleague cleverer than me suggested we call it a "twibel" claim.)  Making a good story better, the first defendant to be sued for tweeting is not some egg-headed techie type, but loose-canon-rock-star Courtney Love.

Fashion designer Dawn Simorangkir, who works under the label "Boudoir Queen," sued Love last week in California state court over statements made on Twitter, on Love's MySpace blog, and on Simorangkir's feedback page on etsy.com, an online marketplace for independent designers.  Simorangkir alleges that, after a business dispute arose between them over some very expensive clothing, Love used Twitter to publish "not only delusional accusations and lies, but threats of harm."  Cmplt. ¶ 20.  The complaint, which includes claims for libel, false light invasion of privacy, breach of contract, and other claims, pulls no punches:

Whether caused by a drug induced psychosis, a warped understanding of reality, or the belief that her money and fame allow her to disregard the law, Love has embarked in what is nothing short of an obsessive and delusional crusade to terrorize or destroy Simorangkir, Simorangkir's reputation and her livelihood.

Cmplt. ¶ 1.  I've perused the detailed allegations in the complaint.  Many of the allegedly defamatory statements look like statements of opinion or wild and largely incoherent rants, for example characterizing Simorangkir as a "nasty lying hosebag thief."  Cmplt. ¶ 24(c). The most aesthetically satisfying chestunut of this sort is the one Simorangkir cites as an alleged threat: "oi ve dont fuck with my wardrobe or you willend up in a circle of corched eaeth hunted til your dead."  Cmplt. ¶ 24(g) (typos not mine!).  Not that terribly nice, but somehow I doubt that even Simorangkir could take this seriously.

But, unfortunately for Love, a good many of the statements are factual in nature, accusing Simorangkir of a variety of bad behavior, including dealing drugs, assault, burglary, prostitution, and losing custody of her child.  See Cmplt. ¶ 24(b), (f), (h), 26(c), (j), (n), (bb).  This could make it hard for Love to defend against the suit and could neutralize a promising legal argument based on the extreme informality of the Twitter platform.  As I've explained before, courts must consider context, including the nature of the platform, when deciding whether a statement is fact or opinion.  One could argue that reasonable readers of most Twitter feeds -- which allow "people [to] 'follow' each other's informal idea drops" -- do not understand "tweets" to be conveying factual information.  But this argument only goes so far, and it doesn't sound convincing when many of the damaging statements look undeniably like facts.

In anticipation of Twitter fights to come, we've updated our legal threats database to add "micro-blog" to our "publication medium" category.  You can monitor the progress of this case in our entry, Simorangkir v. Love.