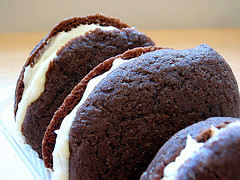 Perhaps it’s the nightly lobster tails and whoopie pies. Or maybe it’s the Pumpkinhead Ale. Whatever it is that graces his dinner table, Maine Gov. Paul LePage believes it’s none of the public’s business. When it comes to his meals, what’s eaten in the governor’s mansion stays in the governor’s mansion — the state’s Freedom of Access Act be damned.

“We have received requests for all grocery receipts from the Blaine House,” LePage wrote earlier this year. “I understand that taxpayers have a legitimate right to know the amount of money being spent in their house, but the intimate details of our diet goes far beyond funds and into the private details of my family’s life.”

In a July letter to Maine’s right-to-know advisory committee, LePage expressed concern over a prying public interested in matters beyond government business and political foes making “incredibly broad requests” merely to overwork his staff. The committee responded earlier this month by approving a plan to exempt all the governor’s “working papers” from the state’s Freedom of Access Act. As critics of the proposal lament, it’s not clear what documents are considered “working papers” or how the exemption addresses the governor’s initial concerns over grocery receipts. Still, the proposal makes Maine the latest of several states to have recently considered narrowing their respective FOI laws.

According to the Sunshine Review, 12 states this year proposed a total of 39 bills that, if made law, would at least partially narrow their FOI statutes. Some of these bills died before passage, though many remain active and are just a governor's signature away from becoming law. One of those bills is Illinois HB 1716 which would significantly alter that state's Freedom of Information Act by increasing fees for certain record requests and by imposing less favorable deadlines and fees on repeat requesters. It would also entitle Illinois agencies to additional exemptions and redactions before disclosure.

"Instead of trying to limit FOIA, government agencies and municipalities throughout Illinois should be putting their time and energy into transparency efforts that make them more accessible to and candid with the taxpayers who are funding them," wrote Andy Shaw, president of the Better Government Association. "Limiting taxpayers’ access to information about their government, and deciding that some are more worthy of receiving the information than others, is simply bad policy."

Other examples of proposed legislation include House Bill 347 in New Hampshire that would exempt police reports of car crashes involving undercover police, House Bill 1 in Ohio that exempts the publicly-funded JobsOhio agency from all public records and open meeting requirements, and House Bill 883 in Missouri that could make violent crime scene photographs or videos confidential.

Unfortunately, for many state officials, transparency is just an election day pitch. Gov. LePage’s pre-election pledges are prime examples. According to the Reporters Committee for Freedom of the Press, LePage devoted an entire section of his campaign website to open government. LePage “will fight for stronger laws to protect and expand Maine citizens’ right to access information from state and local government,” the site advertised. “When Paul is governor, open government will be a reality, not a talking point.” Then, just months after being elected governor, LePage signed an executive order exempting a business advisory council from the state’s Freedom of Access Act.

LePage is not alone in breaking such promises. Fla. Gov. Rick Scott proclaimed that “without transparency, there is no accountability” and then, in the opinion of local media members, avoided the press more than any other governor before him. Ohio Gov. John Kasich said that his “bias is towards openness,” and then replaced his Department of Development with JobsOhio, the private non-profit group he intends to exempt from the state’s FOI laws. Wis. Gov. Scott Walker actually pledged to “run the most open, transparent gubernatorial administration in the history of the universe.” He later faced a lawsuit by members of Wisconsin media after refusing to release emails referred to in his speeches.

“What you see is people running for public offices, governors certainly among them, embracing transparency in a sort of abstract way when they are on the campaign trail, without probably giving much thought to what it means when you are governing," explained Charles Davis, the former executive director of the National Freedom of Information Coalition.

A study published last summer provides a timely lesson to these officials looking to cloud their state’s sunshine laws. Essentially, it quantifies what FOI advocates already know: The more open a government, the more deterrence of corruption. According to the study’s authors:

“One of the most important changes in the relationship between public officials and the press in recent years has been the widespread adoption of FOIA laws at multiple levels of government. These laws provide clear guarantees regarding the rights of individuals and organizations to access information about government activities, and they make it easier for members of the press and members of the public at large to hold those in power accountable for their actions.”

To find that accountability, the study examined the connection between states strengthening their FOI laws and the proceeding corruption convictions for state and local government officials. It found that conviction rates rise substantially after the change in law and then decline for as long as 15 years. In summary,

“[t]he enaction of a strong FOIA law leads to a substantial increase in the rate at which corrupt acts are convicted. Depending on the specification, the rate approximately doubles, or perhaps slightly more than doubles. If taken at face value, this obviously has important policy implications. States can substantially increase the probability that corrupt officials will be unmasked and prosecuted by enacting strong FOIA laws.”

It should be no surprise then that of the 12 states proposing bills this year to narrow their sunshine laws, only four were ranked in the top half of the Better Government Association’s 2008 Alper Integrity Index. That’s strong evidence to support the rhetoric most often used by FOI advocates. It goes to the heart of why sunshine laws are necessary: To prevent corruption.

Gov. LePage may be wary of the public inspecting his grocery bill, but it’s a small price to pay for the confidence of constituents. By griping over potential culinary oversight, he opened the door to far more dangerous FOI exemptions. Citizens of other states should take note. While some legislatures are preserving their sunshine laws — some even strengthening them! — many are not. That’s a troubling sign for accountability, a principle that deserves more than mere lip service by our elected officials.

The editor of WikiFOIA.org — the project hosted by the Sunshine Review and cited above — emailed me after I wrote this post and said that the information on his site is current only up until last June. That means that the 12 states and 39 bills mentioned does not include any legislation proposed after June, and the actual number of states and bills could in fact be much higher.