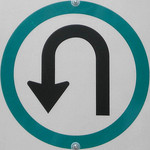 On a motion for reconsideration, an Illinois trial judge who held in January that the technology news blog TechnoBuffalo.com was not protected by Illinois' reporter's shield law (75 Ill. Comp. Stat. §§ 5/8-901 - 8-909) has reversed himself, holding now that "within the present definitions under the Act, this Court must find TechnoBuffalo is a news medium, its employees are reporters, including the employee who wrote the article at issue, and TechnoBuffalo is protected by the Illinois reporter’s privilege."

The new ruling was reported by my friend Eric Johnson on his BlogLawBlog.

Illinois, like 39 other states and the District of Columbia, has a reporters' shield law which places limitations on the circumstances in which a reporter may be forced to reveal the identity of a confidential source.

In the original decision, Judge Michael R. Panter of the Cook County Circuit Court held that "TechnoBuffalo’s reliance on the Illinois reporter’s privilege is misplaced," because the site did not qualify as a "news medium" under the statute. "TechnoBuffalo’s anonymous 'tipster' is hardly an example of a 'source' of investigative journalism that requires protection of the Act."

But in the new ruling, Judge Panter came to a different conclusion:

The issue of whether a blog/news site such as TechnoBuffalo is to be treated as a “news medium” is novel and has seldom been dealt with by other states containing shield laws. … “News” is defined by wwww.merriam-webster.com as “a report of recent events” and “previously unknown information.” Similarly Dictinary.com [sic] defines “news” as “a report of recent events.” Under the ordinary meaning of “news,” the article at issue presented a report on recent events, namely the upcoming release of a new Motorola smartphone. It also supplied previously unknown information. As such, TechnoBuffalo’s article falls under the broad, plain meaning of “news.”

This is not the only recent example of a judge reversing his or her own prior ruling on this issue. A federal judge in Oregon who initially held  that a blogger Crystal Cox was not protected by Oregon's reporters' shield law later clarified that his ruling was based on her behavior -- that she was not acting as a journalist -- not the medium in which she wrote.


... I did not state that a person who "blogs" could never be considered "media." I also did not state that to be considered "media," one had to possess all or most of the characteristics I recited. Rather, I confined my conclusion to the record defendant created in this case and noted that defendant had presented no evidence as to any single one of the characteristics which would tend to establish oneself as a member of the "media."

As Judge Panter noted, to date only a few courts have ruled on this issue. With the revised decision in the TechnoBuffalo case, Illinois joins a few other states whose shield laws have been interpreted to include blogs, at least under some circumstances:


Meanwhile, Massachusetts (where the bill is pending; legislative status) and New York have considered proposals to amend their shield law statutes to cover bloggers, Kansas adopted a shield law with broad language that is considered to encompass bloggers, and Arkansas expanded its existing shield law to cover Internet reporters. Wisconsin's 2010 law can cover bloggers, provided that they work for a "business or organization that ... disseminates news or information to the public;" West Virginia's 2011 law requires that they be paid.

While only a few courts have confronted this question, it clearly will arise more often, as the reach and influence of blogs and other forms of new media as sources of news and information continues to increase. And there is little reason why blogs and bloggers that operate in role of information providers to their readership should not be covered by shield laws.