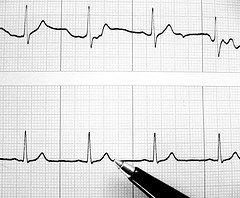 Robert Salyer sued the Southern Poverty Law Center (SPLC) in Kentucky state court over allegedly defamatory content in its print and online magazine, "Intelligence Report," which he claims stated that "he had been disbarred from practicing in military courts and also that he had received a dishonorable discharge."  (Compl. ¶ 3.)  The article at issue seems to have been edited at some point to remove the allegedly defamatory content, but re-posts at Crime and Criminals and The Experiment maintain the original content.

On April 28, 2009, Salyer amended his complaint, adding a claim of outrage (also known as intentional infliction of emotional distress).  The judge granted the SPLC's motion to dismiss this new claim since Kentucky law bars an outrage claim where a plaintiff's other tort claims allow damages for emotional distress, as defamation does.

Superior Court for the State of California for the County of San Diego; California Court of Appeal for the Fourth District, Division One

The individuals in this case are all cat enthusiasts who held leadership positions in defendant organization TCA.  In 1998, a dispute led Fineran to leave TCA and found her own organization, TTCA.  Fineran then commenced a series of lawsuits against the defendants related to the dispute and her departure.  In response to these lawsuits, in 1998 defendant Herold created a website named "The Diane Fineran Response Web Site," which purported to report the status of this litigation.

On May 22, 2002, Fineran filed suit again, claiming that Herold's website was defamatory, and also claiming unfair competition and conversion.  According to her complaint, Herold's website falsely stated that a jury had found Fineran guilty of defamation, and falsely stated that she had admitted that she did not found TCA.  According to the complaint, the website also stated that Fineran uses "intimidation" tactics, is a "dictator," and engages in "misrepresentations," "half truths" and "whole cloth invention."

The defendants moved to strike the complaint under California's anti-SLAPP statute.  The Superior Court denied the motion, finding that a statute of limitations defense will not support relief under the anti-SLAPP statute.  The California Court of Appeals for the Fourth District, Division One reversed the lower court and dismissed the defamation claim.  The court rejected the plaintiffs' argument that the statute of limitations renewed continuously as long as the website was running, applying California's single-publication rule to websites.  The appellate court found that the defendants had not unambiguously challenged the unfair competition claim in their motion to strike, so this claim remained intact.

In January, 2005, the parties settled.  Plaintiffs Fineran and TTCA agreed to pay $24,647.28 in attorney's fees and costs to the defendants.  Defendant organization TCA, now known as Traditional and Classic Cat International, agreed to change their numbering system for registering cats and kittens to be dissimilar from TTCA.  "The Diane Fineran Response Web Site" is no longer available.

Source:mentioned in case on westlaw

Angela Victoria Woodhull sued hacker Carolyn Meinel after Meinel allegedly posted two false and defamatory statements about her on Meinel's website The Happy Hacker.  In 2003, Meinel posted on her website an email message from Woodhull entitled "Please contact me" and stating "I have a job for you."  According to the appellate court opinion in the case, Meinel then added her own commentary, stating that, when she called Woodhull, Woodhull asked her to hack into a news website that had written unflattering comments about her.

In 2006, Meinel made a second posting, which recapped the 2003 incident and went on to state that Meinel's only recourse against Woodhull for her alleged unlawful request was "to make fun of her on this website." This posting also contained the content of an email exchange between Meinel and Michael Gimignani, a staff member at The Independent Florida Alligator, a student run newspaper at the University of Florida. Gimignani's email discussed a dispute between Woodhull and the newspaper over whether a Woodhull play contained "dancing penises and condoms."  Meinel added more of her own commentary, stating that further research revealed that Woodhull had "been on America's Funniest Home Videos" and "says she is proud to be known as Wedgie Woman."

In January 2007, Woodhull filed a defamation lawsuit against Meinel in New Mexico state court.  Meinel filed a motion for summary judgment, arguing that the statute of limitations barred Woodhull's claims, and that section 230 of the Communications Decency Act ("Section 230") immunized her from liability for publishing Gimignani's emails.  The lower court agreed and dismissed the case.

Woodhull appealed, and a New Mexico appellate court reversed.  The appellate court held that, while New Mexico followed the single publication rule for Internet publications, a jury could find that the 2006 posting was sufficiently different from the 2003 posting to constitute a separate publication, resetting the statute of limitations.

The appellate court also held that a jury should decide whether Meinel's use of Gimignani's emails qualified for Section 230 immunity.  The court stated that Meinel meight be an original "information content provider" because she solicited the information from Gimignani for her own stated purpose of "making fun" of Woodhull, and incorporated this material into a overall posting along with her own thoughts.  The court noted, however, that a jury could view Meinel's posting as containing two distinct components -- her statements and Gimignani's statements -- and thus find Section 230 applicable to the component including the Gimignani's statements.

2006-05-18-Motion to Dismiss by Center for Study of Popular Culture.pdf

Riad Hamad, founder of the Palestine Children's Welfare Fund (PCWF), filed a defamation suit against the editor and publisher of online publication FrontPage Magazine and several other defendants.  Hamad alleged that a FrontPage article accused Hamad and PCWF of funneling money to terrorists, called Hamad an anti-Semite, and otherwise disparaged him and his organization.

In the three orders, the court also dismissed most of Hamad's claims on alternative grounds, such as lack of personal jurisdiction, failure to state a claim upon which relief could be granted, and immunity under CDA 230 (with respect to Dotster, Inc., a domain registrar).

In the second of the three orders, the court sanctioned Hamad for repeatedly amending his complaint without permission and for failing to heed a court warning that he would face sanctions if he did not voluntarily dismiss his complaint.  The court ordered him to pay $3,000 in sanctions.

Rather than voluntarily dismissing his suit following the sanctions, Hamad filed for default judgment as to some of the parties.  As a result, the third and final court order dismissed Hamad's remaining claims and ordered him to pay $9,000 in sanctions and more than $50,000 in defendants' fees and costs.  Hamad appealed.

The Fifth Circuit affirmed the district court's judgment, relying primarily on the statute of limitations.  The court also granted defendants' request for fees arising from Hamad's "frivolous" appeal, amounting to more than $30,000.

"Statute of Limitations" is a term used by courts to describe the maximum amount of time plaintiffs can wait before bringing a lawsuit after the events they are suing over have occurred. This time limit is typically set by state statute and is intended to promote fairness and keep old cases from clogging the courts.

2007-11-29-Order on Motion to Dismiss - Western District of Pennsylvania.pdf

Kimball Bradley, an executive at Reunion Industries, Inc., a publicly traded manufacturing company, sued Herbert Conner, an attorney who previously represented Reunion, over posts Conner allegedly made on a Yahoo! Finance Message Board that Bradley believed defamed him and cast him in a false light.

According to allegations in the complaint and other filings in the case, beginning in August 2005 and continuing through March 2006, Conner, using the alias “pun2dex,” posted numerous messages on the Yahoo! Finance Message Board designated for Reunion. Bradley alleges that Connor posted the following statements:


Based on these statements, Bradley asserted claims under Pennsylvania law for defamation, including defamation per se, and for false light.

In October 2007, Connor removed the case from Pennsylvania state court to federal court and filed a motion to dismiss the case, arguing that the claims were barred under Pennsylvania's one-year statute of limitations.

On November 29, 2007, the district court agreed and dismissed the lawsuit, rejecting the plaintiff's assertion that the "discovery rule" should have tolled the statute of limitations.

I assume appeal is still possible

The statute of limitations for intrusion claims in Pennsylvania is 1 year.

The statute of limitations for intrusion claims in North Carolina is either 1 or 3 years.

The statute of limitations for intrusion claims in New Jersey is 2 years.

The statute of limitations for intrusion claims in Illinois is 1 year.

The statute of limitations for intrusion claims in Georgia is 2 years. See Ga. Code Ann. § 9-3-33.