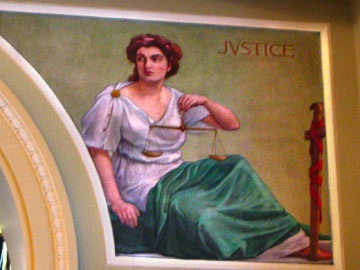 With the help of Harvard Law School's Cyberlaw Clinic, CMLP and a coalition of media and advocacy organizations submitted an amicus curiae brief to the Illinois Supreme Court this week, urging the court to reject two lower courts’ narrow interpretations of the state’s Anti-SLAPP statute, known as the Citizen Participation Act.  The aim of the Citizen Participation Act (CPA), like most anti-SLAPP statutes, is to deter abusive litigation by allowing defendants to secure quick dismissals and recover attorneys' fees when faced with meritless lawsuits that threaten their ability to speak and petition the government.

CMLP and amici Public Participation Project, Online News Association, and the Chicago Current got involved in the case—Wright Development Group LLC v. Walsh—to weigh in on an issue that, while seemingly procedural in nature, goes to the heart of the policy motivations behind the CPA.

The defendant John Walsh was sued for defamation by Wright Development Group over statements he made to a reporter while at a public forum convened by a Chicago alderman to determine the need for governmental action to confront problems with local developers and contractors. Walsh moved to dismiss the lawsuit under the CPA, but the trial court denied his motion (we think wrongly), apparently because his statements were made to a reporter not to the government directly. Walsh appealed the denial of his CPA motion, but while the appeal was pending the trial court dismissed the developer's case on other grounds, finding that it failed to state an adequate claim for relief. The appellate court then dismissed Walsh's CPA appeal, reasoning that because Walsh "already obtained the relief he sought, any action by this court would constitute an advisory opinion."

This reasoning is seriously flawed because Walsh had in fact been denied relief provided for by the CPA, namely his attorneys' fees.  And, perversely, the appellate court's ruling foreclosed appellate review of Walsh's entitlement to those fees precisely because the developer's case against him lacked merit. By this logic, any erroneous decision by a trial court on application of the CPA would be unreviewable whenever the case turned out to be a true SLAPP, a point brought out nicely in Walsh's own petition for leave to appeal to the Illinois Supreme Court.

In our brief, amici offered the Illinois Supreme Court a broad perspective on the importance of fee-shifting provisions in anti-SLAPP legislation and drew the court's attention to decisions in other jurisdictions addressing the independent significance of fee awards. In addition, amici took issue with the lower court's narrow interpretation of the CPA on the merits, pointing out through comparative analysis that Illinois in fact has a broadly worded statute encompassing not only direct petitioning activity, but also speech, association, and participation in government.

CMLP wants to thank the Cyberlaw Clinic for authoring the brief and local counsel Julie Bauer and Lindsay Beyer of Winston & Strawn in Chicago for their invaluable assistance. Clinical students Heather Casteel, Hank Greenberg, and David Jacobs did a fantastic job under short time pressure.

Here's the CMLP's official press release on the filing.