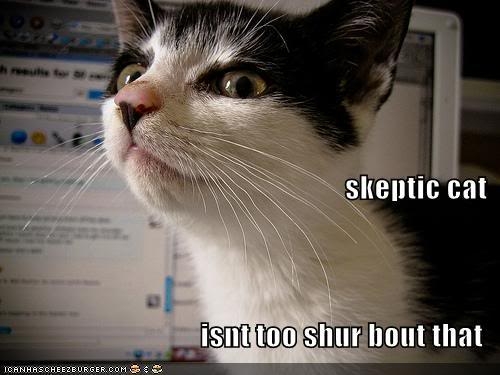 The Interwebs are up in arms, again.

This time, the kerfuffle is over a DMCA notice, submitted by The New York Times Co., that caused the removal of the Pulse RSS reader from the Apple Apps Store.

The timing almost seemed designed to bring out the pitchfork-wielding hordes:  Mere hours after the Pulse iPad application was highlighted by Steve Jobs during his keynote speech at the Worldwide Developers Conference in San Francisco, the app was pulled from the App Store in response to a DMCA claim submitted by The New York Times Co.

So what's the issue with the app? Not surprisingly, the Times' DMCA notice is about as clear as mud.  The relevant portion reads as follows:

I am writing again, on behalf of The Boston Globe, Boston.com and The New York Times Company, about the infringing iPad app, "Pulse News Reader" produced by Alphonso Labs Inc. (please see pertinent details, link and screenshots below).

The infringing app is available on the iTunes store here: http://itunes.apple.com/us/app/pulse-news-reader/id371088673?mt=8

I note that the app is delivered with the NYTimes.com RSS feed preloaded, which is prominently featured in the screen shots used to sell the app on iTunes.

It's hard to know exactly what to make of this. The interpretation put forth by Gizmodo, Endgaget, TechDirt and Wired (which seems to be supported by this post on the Times' own Bits blog) is that any paid app that displays the Times' RSS feed is making "commercial" use of the feed, and thus exceeding the terms of the license. (Of course, the notice also takes issue with two other aspects of the Pulse reader, namely (1) the fact that Pulse displays the content in a frame -- a practice that has raised the ire of publishers before -- and (2) the fact that a screenshot of the New York Times website is used to advertise the Pulse reader.)

If the Times is taking the position that any paid app that displays RSS feeds from NYTimes.com and Boston.com require a license, does it have a leg to stand on?

Pulse's redisplay of the Times' content wouldn't be copyright infringement if an exception, such as fair use, applied.  The Copyright Act sets forth four nonexclusive factors to be considered by courts when determining whether a use qualifies for fair use protection. These factors include: (1) The purpose and character of the use, including whether the use is of a commercial nature or is for nonprofit educational purposes; (2) The nature of the copyrighted work; (3) The amount and substantiality of the portion used in relation to the copyrighted work as a whole; and (4) The effect of the use upon the potential market for or value of the copyrighted work. (17 U.S.C. §107.) Let's look at each of these factors in turn.

The purpose and character of the use.  Since Pulse is a paid app, its commercial nature would cut against a finding of fair use. The fact that the app is commercial in nature does not end the inquiry into the first fair use factor, however. In addition to looking at whether the use is commercial in nature, courts also look at whether the use is "transformative" -- namely, does the new work "merely ‘supersede[] the objects' of the original creation," or does it instead "add[] something new, with a further purpose or different character, altering the first with new expression, meaning, or message."  (Campbell v. Acuff-Rose Music, Inc., 510 U.S. 569, 578, 114 S.Ct. 1164 (1994).) Pulse doesn't add additional commentary or context to the articles, making it hard (although not impossible) to argue that displaying snipets of them is somehow transformative in nature.  Point: Times.

The nature of the copyrighted work. In deciding whether the nature of the copyrighted work favors a finding of fair use, courts look to a number of factors, including (1) whether the work is expressive or creative (like a work of fiction), or more factual (with creative works entitled to greater protections against copying), and (2) whether the work is published or unpublished (likewise, the scope of fair use is narrower for unpublished works). Here, the factual nature of the news articles displayed by the Pulse reader, combined with the fact that the articles are published on the Internet where they are freely accessible, weighs in favor of a finding of fair use. Point: Pulse.

The amount and substantiality of the portion used in relation to the copyrighted work as a whole. In evaluating this factor, courts look at the amount of the copyrighted work that is reproduced both quantitatively and qualitatively. Looked at from a quantitative perspective, Pulse is displaying only a small portion of the original work -- the headline and the beginning of the lede. This would weigh in favor of finding fair use. The Times would likely argue, however, that the portion of a story reproduced by Pulse is much more significant when looked at from a qualitative perspective. This is because, the Times would argue, the headline and lede often contain the most important parts of the story -- in other words, they constitute the "heart" of the article.  Of course, the Times can control how much of its article is carried by its RSS feed, so there would seem to be an easy technological fix for this problem. Point: Pulse.

The effect of the use on the potential market for the copyrighted work. This is probably the hardest of the factors to weigh.  If it is true, as the Times claims, that other paid RSS readers license the Times' content, a market may currently exist for the reproduction and syndication of news articles, and Pulse's use of the content without paying a licensing fee could threaten that market. Likewise, the Times would likely  argue that for many consumers, the portion of the articles reproduced by Pulse is likely to replace the need for the original articles. (In support of this contention, they could cite to studies like one recently released by the research firm Outsell, which found that 44% of Google News users scan the headlines without ever clicking through to the original articles on the newspapers' websites.)  Of course, one would presume that a consumer subscribes to the Times' RSS feed because they are interested in easily identifying and reading the Times' content. Further, Pulse could argue that its RSS reader is still a net benefit to the Times, by driving traffic to its websites from consumers that may not otherwise seek its articles out. Point: Tie.

As the foregoing discussion demonstrates, Pulse likely has decent fair use argument.

However, this analysis doesn't take into consideration the user's actions.  Where, as here, the app comes preloaded with the Times' RSS feed, it makes sense to analyze it as if Pulse is the one engaging in the copying of the Times' content. But would the analysis differ if it was the consumer that used Pulse to subscribe to the Times' RSS feed?

The Supreme Court's decision in the Sony Betamax case, as well as the Second Circuit's recent holding in the Cablevision case, would suggest that the answer is yes. If the consumer were considered to be the one who added the Times' feed to the Pulse RSS reader, Pulse's creator would face, at most, secondary liability if the consumer's use constituted copyright infringement. Looked at from the consumer's perspective, the fair use analysis becomes even stronger, since the commercial nature of the use disappears.  (It would be a strange result, indeed, if the legality of a consumer's access of the Times' feed turned on whether they used a paid or a free RSS reader.)

And this is, perhaps, from where much of the Internet outrage arises.

While the fact that Pulse comes pre-populated with the Times' RSS feed (arguably) makes a difference to the legal analysis, it does little to change people's gut reaction.  As many commentators have noted, the Internet is built around the concept of linking to and reusing content that appears elsewhere.  As TechCrunch notes, "[Pulse is] using the NY Times official RSS feed, because the NY Times put it out there. For the NY Times to then complain about it doing so is bizarre."  This is the same argument that supporters of Google News and other news aggregators use:  if you don't want it to be copied, don't put it on the Internet.  And if you put it on the Internet, expect it to be copied (unless you hide it behind a paywall).

UPDATE: After initially pulling the plug on the app, Apple seems to have reinstated the Pulse RSS reader to the App Store.  Accounts differ as to whether the version now available is a modified version without the Times' feed preloaded, or whether it's the original version that was pulled yesterday.  Wired claims the latter.