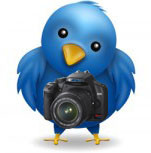 When web developer Andy Boyle overheard a couple discussing their marital woes in a Burger King in Boston on Nov. 7, he immediately recognized the entertainment value and began tweeting a play-by-play.

“I’m listening to a marriage disintegrate at a table next to me in this restaurant,” he wrote. “Aaron Sorkin couldn’t write this better.” He then proceeded to quote the unwitting actors at length, concluding with an exterior photo of the now very public stage, or as he called it, “the restaurant of broken dreams.”

While tweeting the anonymous conversations of others is not uncommon (read yesterday's account of an irate plane passenger, courtesy of comedian and fellow traveler Patton Oswalt), Boyle added to his narrative a photo of the couple and instantly sparked a much-needed conversation on privacy, ethics, and online etiquette, now known as #BurgerKingBreakup. In the words of @HuffingtonPost, the Twitterverse exploded.

@dcborn61 Even if a private discussion of that nature is taking place in public, don’t think it is right to tweet the conversation.

@flutefemme When you kill your marriage in such public place, why, then, are you surprised it got tweeted all over the internet?

@Dre86inSD It’s one thing to tweet, “I saw a couple arguin inside BK!”, it’s another thing to play-by-play. Mind ya bidness.

This is just a small sampling of the conversation, a dialogue on privacy among those who typically set their social default to “public." Though I find this debate the most interesting part of the story, let me briefly address the legal issues involved in Boyle's broadcast of the breakup.

There is generally no expectation of privacy in public places. This incident, however, occurred in Massachusetts which recognizes a legal claim for publication of private facts. For the couple to prevail with such a claim, they would need to show that their conversation was of a "highly personal or intimate nature" and was "of no business to the public." Their conversation about divorce probably qualifies on both accounts. But given the couple's insistence on having the conversation in public — consider, for example, the husband's statement, "Let's do this here. Everyone needs to know what kind of a wife you are" — it's not likely they would succeed. Their actions show an intent to make their comments public. They were hardly being discreet. See Cefalu v. Globe Newspaper Co., 391 N.E.2d 935 (Mass.App.Ct. 1979) ("The appearance of a person in a public place necessarily involves doffing the cloak of privacy which the law protects.")

Another point of concern is the Massachusetts wiretapping statute. MGL Ch. 272 § 99, makes it a crime to secretly record an in-person conversation without the consent of all parties to the conversation. In addition to taking a photo, Boyle recorded a video of the couple, in which their voices can be heard. Though the statute has come under scrutiny in the recent Glik case, the fact pattern here is very different than in Glik (which involved recording cops), and could well expose Boyle to civil or criminal liability.

Legality aside, #BurgerKingBreakup poses interesting questions about how social norms will change — or how they have already changed — due to the unprecedented ease of publishing seemingly private affairs. Will we become a world of Andy Boyles or will we demand the same level of anonymity that existed prior to online media and smartphones? Or, as some believe, are we now creating new social boundaries that recognize the ability to publicize while discouraging the live broadcast of daily trials experienced by us all?

[If] Andy Boyle's actions are an indication of a broader trend, we are entering the age of the unintended celebrity, where the new rules state that we all run the risks associated with fame without necessarily enjoying any of its benefits. There's a new reality show and you're the star, whether you like it or not. Someone should follow you around all day yelling, "action!"

While I can understand Pell’s fear of producing a million Truman Shows, he himself acknowledged that “almost everyone I’ve talk to is repulsed by what took place at Boyle’s Burger King table... The curiosity about someone else’s life was outweighed by a disgust with the messenger.” I too felt that disgust, though only because of the photo.

It’s one thing to satisfy your inner voyeur through reading a conversation by an anonymous couple, it’s another thing altogether to link that conversation with a photo of those speaking. That photo permanently connects the couple to a transcript of their argument, perhaps acceptable to them if heard by a small room of strangers but maybe less so if available to the world. It’s uncomfortable for me to read the tweets knowing that the photo could have easily been one of my wife and I during a rare public meltdown. As Kashmir Hill of Forbes wrote, “I love a good overheard conversation, but I suggest saving ‘Internet shaming with photos’ for people who deserve it.”

Hill’s suggestion may already be resonating. A study published last year on privacy expectations found that of those surveyed, 86 percent believed that permission should be given before another person uploads a video or photo of them. Most surprisingly, those who grew up with the Internet and who are now shaping our future sense of privacy felt the same way. Of those between 18 and 24 years old, 84 percent believed their image should not be posted online unless they give consent.

Even younger Internet users value their privacy, though their definitions of such privacy may differ. Researchers Danah Boyd and Alice Marwick wrote in a study earlier this year that “there’s a widespread myth that American teenagers don’t care about privacy. The logic is simple: Why else would teenagers share so much on Facebook and Twitter and YouTube?... [P]articipation in such networked publics does not imply that today’s teens rejected privacy as a value. All teens have a sense of privacy, although their definitions of privacy vary greatly.” For the youngest generation of Internet users, privacy isn’t dead. It’s just changing. We are adjusting to new technology and reconsidering the social norms many now consider vulnerable.

Attorney and author Stewart Baker explained last week, in a panel assembled by The Wall Street Journal, that our collective sense of what should be private has been changing since, well, Justice Louis Brandeis himself declared privacy as a legal right.

The man who invented the right to privacy, Louis Brandeis, was appalled that ordinary newsmen could snap his picture and print it in the paper without so much as a by-your-leave. And most of us can sympathize, if we remember the shock of seeing ourselves in a photo, looking quite different than we imagined. But no one today thinks that photography is a privacy violation. We've adjusted to the new technology.

In his book Public Parts, Jeff Jarvis endorsed a specific social adjustment that would allow a public life while encouraging a more thoughtful consideration of what ultimately should be publicized. There is a growing inclination to shed anonymity in favor of showing one’s authentic identity, faults and all, Jarvis wrote. The risk of exposing oneself — through unflattering Facebook photos, for example — is that others are likely to ridicule you, even though they too have similar skeletons. While the couple at Burger King did not voluntarily post information about themselves, the following from Jarvis is equally pertinent in regard to sharing information about others:

What needs to change is not so much our behavior, our rules, or our technology but, again, our norms: how we operate as a society and interact with each other. When presented with someone’s public face, which may differ from our own, is our response to disapprove, condemn, ridicule, and snipe, or is it to try to understand differences, offer empathy, overlook foolishness, offer freedom, and share in kind? ... [B]ecause we are all more public, we will soon operate under the doctrine of mutually assured humiliation: I’ll spare you making fun of your embarrassing pictures if you’ll do the same for me.

I believe this is where we are headed. Ultimately fewer people will be throwing stones, because we now all live in glass houses. This isn’t to say that privacy is dead or dying, it’s only a reminder that our sense of privacy is offended by people’s actions, not the technology that allows such action. If we are to follow that “doctrine of mutually assured humiliation,” it won’t matter that there is a camera in every Burger King. The quarreling couple’s photo will never be taken.

Boyle has since removed the tweet linking to the couple’s photo. I emailed him and asked why. He didn’t respond. My guess is that in hindsight he found a social boundary not evident when he first began to tweet the now infamous Burger King Breakup. I don’t believe he should be demonized for not seeing clearly that which is not clearly defined. As Boyd and Marwick found in their research, privacy is changing. Though unlike some who see a future where all things private are public, I’m more optimistic that despite our ability to make it so, we won’t.

(Image of Photography on Twitter used courtesy of Flickr user marc.benton under a Creative Commons BY NC SA 2.0 license.)