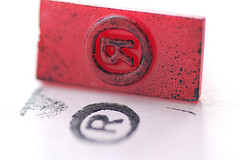 What are the differences between “special form” (stylized, design, logo) trademarks and “standard character” (word) trademarks?

The issue comes up this way: A company or an individual wants to trademark a brand or company name. So far so good. The first question is does this individual or company have a particular design or logo for its name? If not, then the only type of trademark registration available is a “character” or word mark. If a design or logo is in the mix, then the question is whether or not that design or logo has any value to the company. Obviously examples are the Nike “swoosh” and the Coca-Cola script logo. These are good examples of designs or logos that – separate from the names of the companies themselves – have distinct trademark value for their owners.

Here are 3 situations where a logo may have no particular immediate value to the company, and therefore no particular trademark value:(1) There is nothing unique about the design or logo. Technically, a “stylized” trademark includes anything beyond just the name itself. But a rendering of the name in italics or a particular color or in a common geographic box – or any of these things without more – would not typically be the subject of trademark because there’s nothing unique about the design.

A case in point: The maker of Georgi vodka began distributing an orange-flavored vodka in 1996, marketing the vodka using a “large elliptical ‘O’ appearing below the ‘Georgi’ logo”. Bacardi later came out with its own orange-flavored rum, also using the large elliptical ‘O’ in its marketing and product branding. In the ensuing litigation, the court noted that “Common basic shapes or letters are, as a matter of law, not inherently distinctive. However, stylized shapes or letters may qualify, provided the design is not commonplace but rather unique or unusual in the relevant market.” Star Indus. Inc. v. Bacardi & Co., LTD., 412 F.3d 373 (2d Circuit, 2005).

The question is, what is the value that the trademark owner seeks to protect? Is it the name of the company? Is it a particular logo or design associated with that name? How will the business be marketed, and how will the market come to associate the name with the company – via the name itself or via the logo, or both?

Among registered trademarks for “Coca-Cola”, the iconic script logo has long held registration status. Nonetheless, the Coca-Cola Company also has trademark registrations (numerous ones, in fact) for the name “Coca-Cola” without the design. Arguably, the stylized logo registration grants adequate protection for the name itself, but not necessarily. Technically, trademark rights in the name itself are tied only to the design. To the extent the name is used separate from the design, protection is either more limited. Of course, at that point, the illustrative value of a “famous” trademark like “Coca-Cola” is limited, because the name itself has acquired marketplace recognition well beyond the logo and, in any event, the company separately registered the character mark years ago.

Two further points about this:

As another commentator, JSonnabend, has noted,  “if the stylization is modest, registration of the stylized word mark (so to speak) still gives a great degree of protection for the brand name”. The point is, as with all things trademark, the more distinctive and distinguishable the trademark – whether a character alone or a stylized design – the greater the strength (and value) of the trademark. So, as noted above, a particularly unique logo can qualify for trademark registration even where the design includes a word that is otherwise registered by a previous owner. But, the price of obtaining that kind of registration is that the protection for trademark really won’t extend to where the name is used separate from the design. On the other hand, where the stylized trademark meets the distinctiveness threshold but is not overly distinctive, registration of a logo that includes the word mark can provide decent protection for the word mark alone.