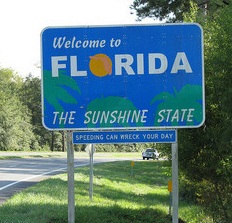 As is now commonly known, on May 17, 2012, presidential candidate Mitt Romney made a series of very candid comments at a private fundraiser held in the Boca Raton home of private equity manager Marc Leder. As Mother Jones reported on September 17, someone present at that fundraiser (we have no idea whether it was a guest or someone working at that event) planted a video camera in the room and captured portions of the audio and video of Romney’s talk.  I will leave the political import of this event to others (and there has certainly been plenty of commentary), but I wanted to take a closer look at whether the recording violated any laws and the consequences of that determination.

As will be discussed below, there are a patchwork of laws on this topic, but the ultimate determination will largely turn on two issues: (1) whether there was consent to the recording that would protect the individual who made the video against liability; and (2) whether there was a reasonable expectation of privacy in Romney’s remarks.  Part One of this post will discuss the laws that might apply, and the question of consent. Part Two, which will be posted tomorrow, will discuss whether Romney (or anyone else) had a reasonable expectation of privacy in the remarks, and certain other relevant legal issues (such as protection that Mother Jones enjoys in such situations under the First Amendment).

There are a number of laws that might govern this recording. First, on the federal level, there is 18 U.S.C. §§ 2510 et seq., better known as the Federal Wiretap Act. Next, on the state level, we have Chapter 934 of the Florida Statutes, which contains Florida’s state wiretapping law. Finally, we should also consider whether the recording implicates Florida’s common law protections of privacy. Each of these is discussed below.

As relevant to this situation, the Federal Wiretap Act states that any person who

Furthermore, the statute does not apply

The bottom line is that electronic recording of Romney's remarks would be prohibited under the Federal Wiretap Act unless (1) there was no justifiable expectation of privacy in the remarks or (2) the person who made the video was either a party to the conversation with Romney or was recording with the consent of such a party.

However, Florida's law differs in one key respect potentially applicable to this case. Rather than permitting recording by a party to a communication or with the consent of a single party, Florida requires the consent of "all of the parties" for the consent exception to apply - one party is not enough. Fla. Stat. § 934.03(3)(d).

Independently of its wiretapping law, Florida also recognizes a common law cause of action for intrusion or prying into an individual’s “seclusion.” The Florida Supreme Court has defined such intrusion as “physically or electronically intruding into one’s private quarters.” Allstate Ins. Co. v. Ginsberg, 863 So. 2d 156, 158 (Fla. 2003).

The Florida intrusion tort has been interpreted by at least one federal court in the state to include the use of hidden cameras to record activity in private spaces. See, e.g., Liberti v. Walt Disney World Co., 912 F. Supp. 1494, 1506 (M.D. Fla. 1995) (finding that plaintiffs stated a claim for intrusion based upon placement of cameras in dressing rooms). Consent to photography or recording (whether implied or explicit) is a defense to an intrusion claim. Florida Publ’g Co. v. Fletcher, 340 So. 2d 914, 918 (Fla. 1976).

Moreover, the central issue in common law intrusion is not what is recorded, but where; the place has to be one in which the plaintiff has a reasonable expectation of privacy. Allstate at 162. Florida has not clearly addressed the circumstances in which a temporary social guest in a home, as opposed to the home owner, could have a valid expectation of privacy.

It is fairly clear that the recording of Mitt Romney's comments at the home of Marc Leder constituted the "interception" of those comments in a private home by means of an electronic device. Thus, all three of the laws above potentially apply. Whether these laws actually prohibited the recording will likely turn on (1) whether there was consent to the recording and (2) whether there was a reasonable expectation of privacy in the communication of Romney's comments or Leder's home. For today, we'll focus on consent.

As discussed above, while consent is a defense to either a wiretapping or an intrusion claim, the nature of consent required differs depending on which law you are considering. This is independent of the question of whether there was a reasonable expectation of privacy in the comments. Even if a court finds that there was no consent, the recording may still be lawful under any of these laws if a judge finds that there was no reasonable expectation of privacy.

If the recording was made by a guest at the dinner, it is relatively clear that the guest, as an intended recipient of Romney's remarks, would be considered a party to the conversation. Thus, the guest would be free to record, or to give permission to someone else to record, the remarks without running afoul of the federal statute.

On the other hand, if the recording was made by a member of the catering staff, then Romney, Leder, or the invitees could argue (at the peril of being struck with a thunderbolt hurled by the gods of irony) that the waiters were not the intended recipients of Romney's comments.

The law is not clear as to whether the "parties" to a communication are limited to the people to whom a speaker directs his comments, or also encompasses others who are intermittently present and able to hear the comments. If a court were to determine that the members of the catering staff were not parties, then they could not consent to recording or make recordings themselves without implicating the Federal Wiretap Act.

What about the fact that Romney, Leder, and the invitees knew the caterers were present? Given that the caterers could theoretically repeat what they heard from memory, is the permission for the caterers to be in the room during the remarks sufficient to constitute consent to record as well?

Probably not. Interpreting the consent exception under the Federal Wiretap Act, the U.S. Court of Appeals for the Eleventh Circuit (which has federal jurisdiction over Florida) held that holding a conversation with the knowledge that a third party had the capacity to record the communication does not imply consent to the recording:

Consent under [the Federal Wiretap Act] is not to be cavalierly implied. [The Act] expresses a strong purpose to protect individual privacy by strictly limiting the occasions on which interception may lawfully take place. ... Stiff penalties are provided for its violation. It would thwart this policy if consent could routinely be implied from circumstances. ... Thus, knowledge of the capability of monitoring alone cannot be considered implied consent.

For Florida's consent exception to apply, there would need to be consent of all parties to the recording. This seems unlikely. Conceivably, all-party consent might be implied if the recording was made openly (for example, if the camera was in a central location obvious to all attendees). That said, although it is difficult to tell from the video itself, it appears that the camera might have been hidden to avoid notice. In such circumstances it would be extremely difficult to show awareness and implied consent on the part of everyone in the room. For that reason, if the recording is legal under Florida's wiretapping law, it would almost certainly have to be because a court finds no reasonable expectation of privacy in the remarks.

Leder might have implied his consent by allowing others into his home, if he did not specifically ask the people who entered not to record. See, e.g., Florida Publ'g Co. v. Fletcher, 340 So. 2d at 918 (no intrusion claim based on photographs taken in private home, where fire marshal was on premises legally and invited journalist to take photographs). This area of Florida law is not fully developed, however, and so it is not clear how a court would rule under these circumstances.

Again, if no reasonable expectation of privacy is found, there can be no basis for an intrusion claim. For more on that question, come back tomorrow.

Part Two: Was there any reasonable expectation of privacy in Mitt Romney's remarks? How does the First Amendment come into play?

Jeff Hermes is the Director of the Digital (nee Citizen) Media Law Project.