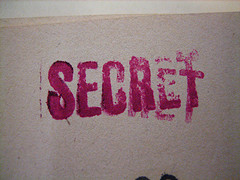 Shortly after the Obama Administration authorized the killing of U.S.-born cleric Anwar al-Awalki in early 2010, a debate erupted over the legality of assassinating American citizens abroad. Noticeably missing from the conversation, however, was the Department of Justice and its Office of Legal Counsel (OLC). Though multiple news sources reported the existence of secret legal memoranda that backed a "targeted killing" policy, the administration prevented the release of those memos.

According to two lawsuits recently filed by The New York Times and American Civil Liberties Union to access those memoranda, the DOJ is denying requests for the documents using various Freedom of Information Act exemptions and delay tactics. Regardless of one's political stance on targeted killings, the legality of such a policy is at the very least debatable. Given that such constitutional cornerstones such as due process are at play, these lawsuits are particularly emblematic of the need for open government.

But beyond the obvious arguments for transparency, these lawsuits also provoke questions about whose interest is protected by government attorneys, and how their legal analysis can – secretly, and perhaps erroneously – shape policy decisions by both current and future administrations.

Upon being named U.S. attorney general by President Bush in 2001, John Ashcroft appeared on CNN to discuss his new position with Larry King.

"Are you the attorney for the president or the country?" King asked.

Laughter ensued. But as a Harvard Law Review contributor noted, "Although he gave his answer in jest, the new attorney general could be forgiven for any confusion he might have had. The question of the identity of the government lawyer's client has long been controversial."

There are two main philosophies on who a government attorney should consider his or her client. Government Counsel and Their Obligations, 121 Harv. L. Rev. 1409, 1412-14 (March 2008). Under the public interest model, "a counselor has a duty to formulate legal opinions based on what is best for the public, rather than on the outcome that the attorney's direct employer may desire." Id. at 1412. Under the single client model, however, "the attorney would seek to advance the supervisor's interest." Id. at 1413. While courts have not endorsed either position fully, it has addressed the issue and found that the government body is the client. Id. at 1414, citing In re Grand Jury Investigation, 399 F.3d 527 (2d Cir. 2005); In re Grand Jury Subpoena Duces Tecum, 112 F3d 910 (8th Cir. 1997); In re Lindsey, 158 F.3d 1263, (D.C. Cir. 1998). Courts do, however, stress that attorneys must avoid advancing "merely the partisan or personal interests of the government entity or officer involved." 121 Harv. L. Rev. at 1414.

The purpose of the attorney's advice to the client is also debatable. The counselor could adopt a neutral model and advise as a "disinterested, impartial observer," providing the legal lay of the land. Id. But the attorney could also use an advocate model and take "a position that attempts to advance the goals of his or her client" – i.e., objective-driven counseling. Id. at 1415.

In this case, the OLC reports directly to the president. While all the models just described have their flaws, disclosure of legal memoranda makes it possible to determine whether the OLC drafted its opinion merely to support Obama's policy initiatives, or to serve the broader public interest. The difference in intent could alter the debate significantly. Imagine the outcry that would occur if these memoranda were found to have stemmed from political ambition rather than objective legal analysis. Consider the following anecdote involving Justice Robert Jackson:

[I]n his famous concurrence in Youngstown Sheet & Tube Co. v. Sawyer, [Jackson] refused to accept as precedent an argument that he had made a decade earlier as President Franklin Roosevelt's Attorney General. As he described it, "I do not regard it as a precedent for this, but, even if I did, I should not bind present judicial judgment by earlier partisan advocacy." Id. at 1415.

In his book With Liberty and Justice for Some, Glenn Greenwald further addressed the danger in cloaking presidential policy with secret legal memoranda. "Basic constitutional doctrine is that Congress makes our laws and the judiciary decides what they mean," he wrote. "The executive branch exists to carry out those laws — not to act as a unilateral tribunal dictating what the law does and does not allow. ... To venerate lawyer opinions as though they constitute law – or, worse, to acquiesce to the claim that government lawyers can vest their bosses with immunity in advance – is to attack the rule of law itself."

Even if one were to assume that the OLC drafted its legal memoranda without the sole intent of advancing policy, its analysis may still be wrong. Without judicial oversight and public debate, what may be a well-intended legal opinion could form the faulty basis to policy decisions made by future administrations. As Professor Dawn E. Johnsen explained, "expansions in presidential power typically prove difficult to roll back." What's a President to Do? Interpreting the Constitution in the Wake of Bush Administration Abuses, 88 Boston Univ. L. Rev. 395, 398 (April 2008). The OLC experiences "greater difficulty telling a president that legal obstacles prevent him from taking a desired action if one or more of his predecessors had concluded that they possessed the relevant authority. Moreover, OLC expressly relies on a version of stare decisis in its legal interpretations, looking to past OLC and attorney general opinions." Id. at 398.

Here's another way to look at it: If legal interpretations are made secretly, form the basis to future secret legal opinions, and each president acts upon these opinions, then there is no way to know whether our commander in chief is acting within our rule of law, or his own. That's a scary thought, considering the smearing former OLC head Jack Goldsmith gave to the once secret "Torture Memo" under the Bush Administration. He found it so "deeply flawed" and "sloppily reasoned" that he felt he had to either withdraw the advice or resign from the OLC. Id. at 403. The Torture Memo was eventually leaked, but had it not been disclosed perhaps our current president would have found it an acceptable springboard to his own policies.

Johnsen did concede that the judiciary does not always provide the best interpretation of law. Think Dred Scott v. Sanford or Plessy v. Ferguson. There are times when a president must interpret the constitution as his administration sees appropriate. But Johnsen proposed two requirements: First, presidents must only act upon their interpretations of the constitution if they in good faith believe it permits their policy, and not because they merely wish it would. Id. at 412-13. Second, the president must respect the other branches of government and not, for example, refuse to comply with a court order based on questionable court analysis. Id. at 413.

"At a minimum," Johnsen wrote, "the shared and collaborative nature of the interpretive enterprise requires the president to explain publicly and with detailed reasoning any actions premised on constitutional views that conflict with those of Congress or the Court."

Or, as I would propose, detail the reasoning of any actions that simply could conflict with those of Congress or the court. That includes a controversial measure such as killing a U.S. citizen overseas. It is a measure that may well be constitutional but without any explanation by the Obama administration, it is an unchallengeable policy and, consequently, a dangerous one.