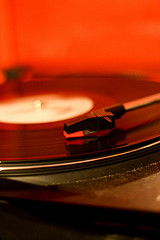 Some of the most commercially successful and popular music of all time – including the entire catalog of The Beatles – is subject to a degree of uncertainty under current copyright law in the United States due to an anomaly in the federal copyright framework with respect to older sound recordings. Because these recordings are not protected under federal copyright law, commentators and courts are uncertain as to whether online hosts of such recordings are protected under the safe harbor provisions of the Digital Millennium Copyright Act (DMCA).

When Congress passed the Copyright Act of 1909, it did not extend federal statutory protection to audible musical works (i.e., a song as recorded by a particular artist). Despite falling outside of the Act's provisions, however, sound recordings remained eligible for copyright protection under state common law.

Sound recordings were entitled solely to state law protection for the better part of the 20th century, until advances in technology (enter the cassette tape) made the unauthorized reproduction of existing sound recordings simpler than ever before. In response, a number of states adopted criminal statutes proscribing music piracy in the 1970s. Shortly thereafter, Congress reacted to the issue by overhauling federal copyright law, amending the Copyright Act of 1909 to include sound recordings within the classes of creative works entitled to federal protection.

However, this amendment was forward-looking. Only those sound recordings created after February 15, 1972, would be eligible for federal protection; those fixed beforehand would remain subject to state common law copyright. This dual system of copyright was preserved by Section 301(c) of the Copyright Act of 1976, which states:

With respect to sound recordings fixed before February 15, 1972, any rights or remedies under the common law or statutes of any State shall not be annulled or limited by this title until February 15, 2067.

So, the vast body of pre-1972 sound recordings remains subject to patchwork protection under inconsistent (and sometimes conflicting) state laws. In the era of sharing and distributing music online, even greater legal challenges have arisen.

For all other types of copyrighted works, those who run websites hosting content uploaded by users can look to the Digital Millennium Copyright Act, 17 U.S.C. § 512 ("DMCA") for certain protections from liability (so long as they comply with the Act's requirements). Among other provisions, the DMCA creates a notice-and-takedown regime for third-party content that allegedly infringes copyright (see more here). However, the DMCA is part of the federal Copyright Act, and it is not clear from the face of the statute whether its protections apply to sound recordings that fall outside of the Copyright Act under Section 301(c).

In 2007, fourteen record companies brought a federal copyright infringement action against online storage locker site MP3tunes in the U.S. District Court for the Southern District of New York. The case, Capitol Records, Inc. v. MP3tunes, LLC, turned largely on whether MP3tunes was eligible for the safe harbor provisions of the DMCA.

The district court, determining that this was an issue of first impression, looked to the text of Section 512 and honed in on the DMCA's safe harbor against liability for "infringement of copyrights [sic]" to hold that "copyright" encompassed both common law copyright and federal copyright. Therefore, the court found that the DMCA extended to pre-1972 sound recordings protected under state law. The court further held that the plaintiffs' interpretation would eviscerate the purpose of the DMCA. "The plain meaning of the DMCA's safe harbors, read in light of their purpose, covers both state and federal copyright claims." The court thereby granted MP3tunes' motion for summary judgment with respect to the safe harbor defense under the DMCA.

In 2010, Universal Music Group ("UMG") sued Escape Media Group, Inc. (operator of the music-sharing site Grooveshark) for copyright infringement in New York state court, in UMG Recordings, Inc. v. Escape Media Group, Inc. As in MP3tunes, UMG's claims hinged on the inapplicability of the DMCA to pre-1972 sound recordings, and as in MP3tunes, the court rejected that argument. Denying UMG's motion to dismiss Escape Media's affirmative defense under the DMCA, the New York Supreme Court found that the thrust of the DMCA is to relieve service providers of the need to determine the copyright status of works made available online and to put the burden of enforcement on copyright owners. That purpose would be frustrated by drawing a line between pre- and post-1972 recordings.

At the request of Congress, in 2010 the Copyright Office issued a Notice of Inquiry and conducted a subsequent study on the desirability and means of bringing pre-1972 sound recordings into the federal scheme. In its final report, the Copyright Office concluded that there is no policy justification for excluding pre-1972 sound recordings from the DMCA.

However, the Copyright Office did not believe that the DMCA already encompassed such recordings, and indicated in its opinion that the decision in MP3tunes, which had been issued by that time, was reached on highly questionable grounds. The Office noted that exemptions to liability under the Copyright Act must be construed narrowly, and that none of the other exceptions in the Copyright Act had ever been applied to state law. Thus, unless Congress were to act, pre-1972 sound recordings would be outside the scope of the DMCA. "In short, it is for Congress, not the courts, to extend the Copyright Act to pre-1972 recordings, both with respect to the rights granted under the Act and the limitations on those rights (such as section 512) set forth in the Act."

A Lack of Resolution

The Grooveshark decision addressed the Copyright Office report, and dismissed its critique of the district court's analysis in MP3tunes. Judge Barbara Kapnick made clear that the New York Supreme Court was not attempting to extend the entirety of the Copyright Act to pre-1972 sound recordings. Nevertheless, based on the court's interpretation of the applicable statutes, the court held that the safe harbor provisions of the DMCA applied to pre-1972 recordings.

While the New York courts' decisions are undoubtedly influential, they are not binding. The MP3tunes litigation is moving forward, and the record company plaintiffs will almost certainly challenge the district court's safe harbor holding in an appeal of the final decision in the case to the Second Circuit Court of Appeals. In fact, the record companies already asked the district court to certify a motion for interlocutory appeal on the issue of whether the safe harbor provisions of the DMCA applied to pre-1972 recordings and other issues (which was ultimately denied).

It remains to be seen whether Congress will follow recommendations from the Copyright Office and revisit the Copyright Act to federalize pre-1972 recordings. In light of numerous competing interests and the many stakeholders involved, however, it could be some time before legislation that would effectuate that end surfaces.


Natalie Nicol is an intern at the Digital Media Law Project and a rising 3L at UC Hastings College of the Law. Her favorite pre-1972 sound recording is Marvin Gaye's "What's Going On?"