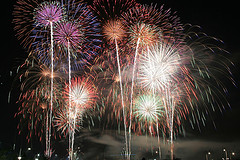 I am very pleased to be able to share the news that, after more than two and a half years, the nonprofit San Francisco Public Press has finally received recognition of its tax exempt status from the IRS under Section 501(c)(3) of the Internal Revenue Code.

For a while now, the Digital Media Law Project has been tracking numerous instances of journalism nonprofits delayed at the IRS in their efforts to obtain Section 501(c)(3) status. This status, among other benefits, allows a nonprofit to receive tax-deductible donations from charitable foundations and private donors. The ability to receive such donations is critical for the survival of many nonprofit organizations in their first years, and the San Francisco Public Press has had to struggle along without these donations for longer than just about anyone else stuck in the IRS process -- a whopping 32 months.

Although the IRS has not commented on the specific reasons for these delays, the agency has historically been skeptical about granting 501(c)(3) status to nonprofit journalism and publishing organizations. In the past, it has required these organizations to demonstrate that they are organized and operated for an educational or charitable purpose beyond disseminating news to the public like a traditional newspaper. (For much more information on this topic, see our guide to IRS treatment of journalism nonprofits.)

As a result, the Public Press might have been facing significantly more scrutiny at the IRS than some other news projects -- particularly those able to point to educational activity in the form of a teaching program or a focus on research via data-based or investigative journalism. In fact, several news centers focused specifically on investigative journalism have received their 501(c)(3) status over the last year. In contrast, as an organization focused on news of general interest, the Public Press would not have provided quite the same hooks for the IRS to latch onto as these other nonprofits.

This is not to say that the Public Press does not engage in research or investigative work; to the contrary, they work with dozens of professional journalists and volunteers to develop incisive and important accountability reporting. However, the Public Press' application for 501(c)(3) status would have presented the IRS more squarely with the question of whether the dissemination of news is itself educational. And to everyone's benefit, the agency has now recognized that the Public Press does serve a critical educational function in a media landscape with gaping holes in news coverage and numerous underserved communities.

Although the IRS did not explain its decision to the Public Press, with luck this represents a positive shift in the agency's attitude toward journalism as an educational endeavor. We will continue to follow developments in this area.

Jeff Hermes is the Director of the Digital Media Law Project at Harvard University's Berkman Center for Internet & Society.