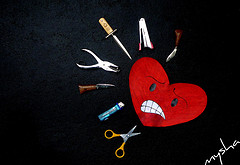 By now, it is a given that many journalists have a regular presence on social networking services. The value of social media for gathering information, developing the journalist’s public persona, and promoting the journalist’s work is well-recognized. And although many news outlets have established guidelines and policies regarding behavior on social media, most outlets still permit journalists substantial discretion as to the tone and content of their tweets and posts.

Special concerns arise, however, when you use social media to promote articles that have been vetted by your attorneys. To understand these concerns, it helps to understand more about what media lawyers are looking for when we perform prepublication review of an article.

Although there are numerous issues that we might consider, media lawyers are primarily concerned with any statements in an article that might adversely affect the reputation of identifiable people or companies. Of course, a great deal of sound journalism can be damaging to reputation, including stories about political corruption, unfair business practices, or criminal activity. The lawyer’s concern is normally not whether such stories are newsworthy (that is up to you and your editor), but whether there is adequate factual support for the statements in your article. Thus, on the most basic level, our review involves identifying the individuals and companies at issue in an article and the factual support for statements about those people.

We give particular attention to people who are not the main focus of the article, because it is sometimes the case that less time is given to researching facts about secondary parties. Errors about these side players in a story can also generate legal claims, and sometimes your lawyer might suggest cutting references in your article to secondary parties if it seems that the facts about those people are underdeveloped.

On a deeper level, we are concerned with the overall context and gist of the article. Because defamation claims can arise not only from the explicit text of an article but also from reasonable inferences drawn from the text, we want to be sure that there are no inferences that an audience could draw from your article that you do not intend. To that end, we might suggest language changes or restructuring of the article to eliminate juxtapositions of fact and other contextual clues that make it appear that an article is suggesting more than it can actually support.

Our goal in this process is risk management: We try to enable you to publish everything that you want to publish while moderating any risks involved. Because it is not our function to act as censors who cut broad swaths out of your work, we instead try to resolve any issues we see in as narrow and tailored a method as possible – a change of word here, a swapping of sentences there. Often we make suggestions based upon nuances of legal doctrine that are not always intuitively obvious. The end result might look pretty much like the original, but there is always a reason for the specific selection and placement of words and sentences.

Frequently, the articles that media attorneys are asked to review involve important issues and high-profile individuals. Journalists who break these stories are justifiably proud of their work and have every incentive to promote and discuss it, including through social media. However, a journalist’s statements on social media are likely to be considered part of the context for the story, and can actually change how the story is interpreted.

Great care should therefore be taken in saying anything online about a vetted story, in order to avoid reviving any problems or issues that were addressed through the review process. The following are some guidelines to consider in collaboration with your editor when thinking about how to promote vetted stories on social media:

Social media websites generally encourage freewheeling, open, and casual communication, and that type of interaction can be of tremendous value to journalists and news organizations. But when speaking about an article on social media, it is wise to keep in mind all of the careful decisions that went into the publication of the article, whether those decisions were made by your attorney, your editor, or you yourself.

Jeff Hermes is the director of the Citizen Media Law Project. He is writing about general practices in this article, and not commenting on the conduct of any particular news outlet – or, for that matter, his own cardiac health.  This article originally appeared on the Investigative News Network website.