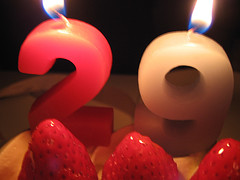 In my four years in Providence, I undoubtedly told some white lies online. Of those I can easily remember, I have sent a message on Facebook claiming I was sick to get out of a party I had no interest in going to, though I was perfectly healthy; emailed a show's director that I'd be late to rehearsal because of a study group conflict when in fact I had brunch plans with some friends; and entered my height in heels into a Google spreadsheet as 5'4" when I know that could only true in my dreams. Little did I know that under Rhode Island General Laws § 11-52-7(b) (on computer crime), I was committing a misdemeanor every time and could have been subject to a $500 fine and/or imprisoned for a year each time. Fortunately, as I return to the area for visits, I will no longer have to worry about what I type, as this law was repealed by the Rhode Island General Assembly this June. With United States v. Alvarez, No. 11-210, 567 U.S. __ (2012), decided just days after the repeal, it's impossible not to consider how the repeal also shows a society that places value in protecting false speech. Furthermore, in the wake of Alvarez, had § 11-52-7(b) remained and been subject to a facial challenge, it would likely be found unconstitutional.

Whoever intentionally or knowingly: (1) makes a transmission of false data; or (2) makes, presents or uses or causes to be made, presented or used any data for any other purpose with knowledge of its falsity, shall be guilty of a misdemeanor and shall be subject to the penalties set forth in § 11-52-5.

The cited penalties include a fine of up to $500, imprisonment up to one year, or both.
While it does not seem like this portion of the statute has been enforced often (and when it has been, it's more often related to fraud), it has taken a lengthy 23 years for the section to be challenged. This February, Representatives Blazejewski, Handy, Cimini, Ajello, and Tanzi introduced House Bill 7389, proposing the removal of § 11-52-7(b) from the rest of the chapter on computer crime. Bill 7389 passed in both houses and was signed by Governor Chaffee in late June, officially repealing § 11-52-7(b).

As Representative Blazejewski stated, "Under current law, if you go on a dating website and you say you're 32 and you're actually 42, you've committed a misdemeanor." While the lawmakers' intent in 1989 was not to capture this sort of conduct, instead focusing on lying to turn a profit, Rep. Blazejewski's humorous example demonstrates the danger in enforcing such a poorly-worded statute. Under the statute as written, any intentional or knowing transmission of false data amounts to a misdemeanor, whether financial gain was intended (or achieved) or not.

"There are a lot of things we don't condone in our society that aren't crimes," Rep. Blazejewski noted while proposing the repeal. While false speech may not be activity we can ethically encourage, criminalizing all such speech, regardless of whether there is harm, poses real First Amendment concerns. Like the Sino Weibo "truth credit" policy in China, permitting lawmakers to have the authority to criminalize all false speech also implies the delegation of the power to determine what speech is true and what speech is false - a dangerous power that runs contrary to this nation's original ideals. While these determinations may happen regularly in cases such as those with defamation claims, in these cases the judge or jury make qualified determinations that have limited consequences and are acknowledged as such. Comparatively, the broad power to make absolute determinations about the validity of speech may have severe and long-lasting consequences.

Though it seems silly to recount history from the eighteenth century when thinking about the Internet, it is a good place to start when considering what speech the First Amendment should protect, and how to interpret it. Back in 1798, the Alien and Sedition Act criminalized false, among other, speech and writing that was directed against the government. While this act was not reviewed by a court, Congress later repealed the act and recognized it as unconstitutional. Looking at this decision in the context of early pamphlets and petitions, this in part seems to suggest that the founders did not believe false speech was outside of the realm of constitutional protection. Fast forward a couple of centuries to Gertz v. Robert Welch, Inc., which held that false speech is merely protected "in order to protect speech that matters." 418 U.S. 323, 341 (1974). Thus, we're left with the impression that there may be value in protecting some false speech, but not all of it, and that false speech has no independent value worth protecting. This perception of false speech and the First Amendment has been pervasive for the last several decades - until the Supreme Court's recent decision in Alvarez.

The repeal in Rhode Island, like the Alvarez decision that came soon after, suggests that false speech has its own merits and is entitled to First Amendment protection. With two views of First Amendment interpretation to choose from - one where all speech is generally protected with some exceptions carved out, and another where an assortment of speech is protected and collected but protection is not to be assumed - both moments this June lean toward the former. From the Court in Alvarez striking down the Stolen Valor Act to the Rhode Island Assembly repealing § 11-52-7(b), we're moving in a direction that protects speech first and evaluates whether an exclusion is proper second. Even though a society that places independent value on the ability to tell a lie and protects such false speech is not without its concerns, this view of speech - a comprehensive, inclusive view - makes a society in which I am far more comfortable.

Kristin Bergman is an intern at the Digital Media Law Project and a rising 2L at William & Mary Law School. She is relieved that she was never charged with a misdemeanor under Section 11-52-7; after all, she can't help but generously round up when giving her height.