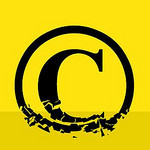 Technology has given citizens the ability to interact with government information in a way never before possible. Some exploit this data for commercial gain; others use new analysis techniques to uncover layers of meaning previously unrecognized; still others collate and publish government records to simplify access for everyone else. But what happens when there is an assertion that vital government records are subject to copyright restrictions?

Section 105 of the U.S. Copyright Act explicitly states that works created by the U.S. government are not eligible for copyright protection, but allows the federal government to hold copyrights assigned by others, and does not address the work of third-party contractors hired by the government. Meanwhile, the law regarding copyright ownership for state governmental entities is unclear; Section 105 does not mention state government works, and while some states follow the federal model, others allow their agencies to assert copyright control over their works. Resulting from uncertain standards and various levels of copyright protection, the intersection of public records laws and copyright can be complicated, as recent events have shown.

One case currently being litigated, Caner v. Autry, looks to be a typical copyright infringement case on the face of the complaint. The plaintiff, Dr. Ergun M. Caner, a Baptist minister and public speaker, filed suit in a federal district court in Texas after videos of several of his presentations had been posted online. In the complaint, Caner claims that he sent DMCA takedown notices to defendants Jonathan Autry and Jason Smathers, who both responded by challenging the removals, sending counter-notifications back to Caner.

What the complaint does not explain, however, is that Smathers had obtained one of the videos as a public record from the U.S. Government through a Freedom of Information Act request. The video was of a speech Caner had given in 2005 as "cultural training" to a unit of U.S. Marines preparing for deployment. According to one article, Smathers, a Christian blogger, posted the video to his Viddler.com account in 2010 to "expose allegedly fraudulent claims about a once-popular evangelist's supposed conversion from a Muslim terrorist to a born-again Christian." Apparently, many people had noticed discrepancies in Caner's speeches and publications, and Caner was hoping to restore his reputation with the help of the DMCA.

It is not clear from the complaint who created the actual recordings at issue; Caner was the one recorded, but if the recording was created by government personnel, the copyright in the recording becomes murkier and the exclusion of federal works from copyright might possibly apply. But even if Caner is the sole copyright holder, the use of the DMCA and infringement claims seems misplaced in a case where the federal government released the video to the public as a government record. Smathers should be able to rely on his own interaction with the government, which allowed the release of the recording without restriction, but it is not clear how this argument would fare under the strict terms of the Copyright Act.

The interaction of third-party copyright interests and public records laws came to a head in another recent case,  Pictometry International Corporation v. Freedom of Information Commission. Pictometry arose after a specialized aerial photography business, Pictometry International Corporation, granted the Connecticut Department of Environmental Protection (DEP), among other state agencies, a license to use its images, software, and metadata. The agreement gave the state agencies (as licensed users) the right to reproduce Pictometry's images for use by individuals not covered by the agreement for a fee of $25 per image. The fee could be paid by the agencies or could be passed on to the person requesting the copy. When the DEP received a records request for copies of the aerial images and their associated metadata, it determined that the images were not public records because, as copyrighted works, they fell into an exemption in Connecticut's public records statute for records whose release is governed by a conflicting federal law. The agency said that the requester could, however, pay the $25 per image fee provided for in the licensing agreement.

After a procedurally complex appellate process, the issue ultimately reached the Connecticut Supreme Court. The Court held that the Copyright Act was a "federal law" under Connecticut's public records statute, but not one that entirely prohibited the disclosure of the materials at issue.  However, the Court said, the Copyright Act would override any portion of Connecticut's Freedom of Information Act compelling the provision of copies: "[A]lthough the federal law exemption does not entirely exempt copyrighted public records from the act, it exempts them from copying provisions of the act that are inconsistent with federal copyright law." Thus, while access must be granted, copies would be governed by the license with Pictometry.

Similarly, the Court held that the statute's requirement that copying fees must be reasonable did not apply to $25/image fee: "We conclude . . . that the $25 per image copying fee is not a fee for the disclosure or copying of 'public records in a computer storage system' and, therefore, is not governed by [the statute's provisions], even though the records in the present case happen to be stored in a computer. Rather, it is a fee for copying a copyrighted public record." The Court further noted that a state agency did not have jurisdiction to waive the $25/image fee on the basis that the requester's planned use "constitutes a fair use of the materials. Rather, that determination must be made in federal court."

This, however, still leaves extensive ambiguity regarding materials created by state governmental entities. Although it is clear that the federal government does not have copyright protection over the works it creates, the possibility of state copyright ownership creates uncertainty for an infinite number of records traditionally requestable and releasable under state records laws.

For example, in Utah, the owner of the mug shot website bustedmugshots.com is suing a Sheriff's Office for denying his records request for more than 1,000 mug shot photos. Salt Lake County Sheriff Jim Winder claimed his office had copyright over the images and could thus refuse to provide them, even though the county had previously posted mug shots online as public records. The Sheriff's Office had removed the mug shots from its website in response to "tabloid" websites, like bustedmugshots.com, copying and posting the mug shots on their own sites and then charging fees for removal. Although Winder had previously referred to these actions as "extortion," the Sheriff's Office claimed it rejected access to the mug shots because the images were "protected materials to which access must be limited for purposes of securing or maintaining Salt Lake County's proprietary rights."


Clearly, in this instance the assertion of copyright reflects distaste for the requester's intended use. On one hand, that type of decision is typically within a copyright holder's purview; on the other, it is disturbing (particularly from a First Amendment perspective) to see a state restrict access to traditionally public records based upon disapproval of a website's content. One possible way to reconcile the conflicting concepts -- copyright law's exclusive rights for owners and state FOIAs' strong preference for public access -- is to view public records laws as already being merged with copyright law: perhaps state statutes are themselves akin to open licensing agreements with members of the public, restricting state governments' ability to withhold records.

For example, rather than simply being viewed as covering administrative expenses, FOIA-approved copying fees could be considered a form of licensing fee for those who want to make use of the copyrighted works. As such, the state statute would be granting the licensee, a member of the public, the right to obtain copies in exchange for monetary consideration. For those who accept that states can own the copyright of their government-created works, state public records laws do not conflict with copyright -- rather, these laws reflect a voluntary limitation on a state's enforcement of its copyrights, representing a licensing agreement between the government and the general public.

This idea, however, does not perfectly address the remaining imbalances at the intersection of copyright and public records laws. Generally, state FOIAs provide standards for the right to access materials and reproduce them, but they are often unclear about the purposes for which those records can subsequently be used. Accordingly, a state government -- if considered a copyright owner -- might still attempt to restrict countless uses of the records, limiting the panoply of ways in which these records can be leveraged for greater public understanding. Allowing a state to choose when and how works can be used is little better than allowing the state to determine when to grant access; both are inconsistent with the general purpose of FOIA laws to better enable citizens to understand and to interact with their government.

A public records law, therefore, would likely be best analyzed as being required to respect third party copyright licensing agreements without actually being treated as one itself. As recent cases demonstrate, there are various considerations and levels of complications that can arise when public records and copyright meet -- issues that will require continued, and necessary, clarification for this intersection of the law.