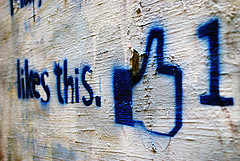 On Wednesday, the U.S. Court of Appeals for the Fourth Circuit issued its decision in Bland v. Roberts, a case that made waves last year when a district court judge ruled that a Facebook “like” was “insufficient speech to merit constitutional protection.” But never fear, Facebook fans: the expressive value of a “like” has been reaffirmed.

The case arose after six employees in the Sheriff’s Department of Hampton, Virginia, were terminated from their jobs, allegedly for supporting Sheriff B.J. Roberts’s opponent during the Sheriff’s 2009 re-election campaign.  This support took many forms, including a bumper sticker, a comment to a co-worker about the Sheriff’s campaign material, attending a campaign cookout for the Sheriff’s opponent, and, notably, the aforementioned Facebook “like.” The six employees filed suit in federal court for wrongful termination, and the Sheriff responded by denying that their termination was retaliatory, and arguing that even if it was he had the right to terminate them for disloyalty due to their positions of responsibility.

But he also made the curious claim that the various expressions of support at issue (including the "like") were not speech, e.g.:

Carter’s and McCoy’s action of simply adding their names to Adams’ Facebook page is not sufficient evidence of constitutionally protected expression. There is no “speech.”

[T]he Sheriff’s knowledge of the posts only becomes relevant if the Court finds the activity of liking a Facebook page to be constitutionally protected. It is the Court's conclusion that merely "liking" a Facebook page is insufficient speech to merit constitutional protection. In cases where courts have found that constitutional speech protections extended to Facebook posts, actual statements existed within the record. … No such statements exist in this case. Simply liking a Facebook page is insufficient. It is not the kind of substantive statement that has previously warranted constitutional protection. The Court will not attempt to infer the actual content of Carter's posts from one click of a button on Adams' Facebook page. For the Court to assume that the Plaintiffs made some specific statement without evidence of such statements is improper. Facebook posts can be considered matters of public concern; however, the Court does not believe Plaintiffs Carter and McCoy have alleged sufficient speech to garner First Amendment protection.

However, on appeal the Fourth Circuit dug into the mechanics of a Facebook "like," and by doing so made clear that the district court’s focus on the simplicity of the act of “liking” disregards the amount of information communicated as a result of that act:

Once one understands the nature of what Carter did by liking the Campaign Page, it becomes apparent that his conduct qualifies as speech. On the most basic level, clicking on the “like” button literally causes to be published the statement that the User “likes” something, which is itself a substantive statement. In the context of a political campaign’s Facebook page, the meaning that the user approves of the candidacy whose page is being liked is unmistakable. That a user may use a single mouse click to produce that message that he likes the page instead of typing the same message with several individual key strokes is of no constitutional significance.

The Court went on to describe the Facebook “like” as “the Internet equivalent of displaying a political sign in one’s front yard,” invoking the Supreme Court’s decision in City of Ladue v. Gilleo, 512 U.S. 43 (1994) holding that such signs are protected speech. The Fourth Circuit noted that just like a sign in one’s yard, a Facebook “like” on a campaign page conveys a message by its location and is a cheap and convenient form of communication open to those who might have no reasonable substitutes. Slip op., p. 41, n. 15.

Once the Court acknowledged the “like” as protected speech, it blew open the district court’s analysis below,  leading to a complex analysis of whether the six employees in question were terminated for their speech and, if so, whether their firing was constitutionally permitted. There’s good material in the rest of the opinion, including a strong holding that public employers must consider an employee’s specific duties – and not just their job title – before deciding that they are of a level that can be fired for a breach of loyalty. However, I agree with the dissent that the Court stumbled a bit at the finish line, when it let the Sheriff off the hook personally on the basis that earlier case law wasn’t clear on that point.

But this is not to detract from the Court’s remarkable engagement with the actual mechanics of online speech in an effort to reach the right result. Unlike other recent cases that appear to get hung up on the mode of conveying information, the Fourth Circuit’s ruling is an excellent example of substance triumphing over form, and a model for other courts called upon to evaluate freedom of expression online.