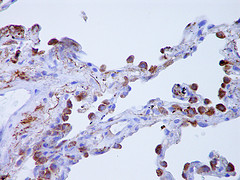 In a recent case before the Second Circuit, the Court of Appeals held that conclusions in scientific articles are akin to statements of opinion for defamation purposes and cannot give rise to actionable claims of false advertising under the Lanham Act or state statutory equivalents. In the Court's words, "the line between fact and opinion is not always a clear one" - and this recent decision has muddled that divide even more. Although the Court admirably applied opinion doctrine to scientific speech, its merit-based distinctions unnecessarily complicate this doctrine.

ONY, Inc. v. Cornerstone Therapeutics, Inc., No. 12-2414 (2d Cir. 2013), involves a 2011 article published in the leading journal in neonatology, the Journal of Perinatology, regarding surfactants, compounds whose name comes from "surface acting agents" and which can be produced naturally by the human body. The article detailed a study of "in-hospital mortality in preterm infants with respiratory distress syndrome," examining the relative effectiveness of three surfactants used to treat a condition in which the lungs of infants produce insufficient natural surfactants. The article ultimately suggested that use of the surfactants manufactured by defendant Chiesi led to a lower infant mortality rate than that manufactured by plaintiff ONY. ONY alleged that this article contained many factual errors and selectively included results that favored Chiesi's product in a way that deceived and misled readers.

In this case, ONY raised claims arising out of the article's publication and distribution. In particular, ONY sued under the Lanham Act and New York General Business Law § 349 for false advertising, and for injurious falsehood and tortious interference with prospective economic advantage in accordance with New York common law. In its discussion of the false advertising claims and defamation-based free speech concerns, the Second Circuit noted the difficulty in applying the traditional fact-opinion distinction in First Amendment jurisprudence to new scientific discourse. Although we are generally inclined to say that scientific speech is closer to the fact end of that spectrum - it can be empirically proven or disproven - analysis of data and the role of hypotheses in the scientific method complicate this notion.

As a matter of policy, we want to promote scientific innovation and experimentation and should avoid chilling this discourse by placing researchers in fear that announcing tentative conclusions will subject them to defamation-based lawsuits. Scientific research builds precisely because these conclusions are published, allowing peers in the field to review the studies and challenge or build upon the existing work. Even though we instinctively consider science "fact," we cannot forget that these articles are part of an often-multifaceted international debate. As such, the Court of Appeals recognized that for First Amendment purposes, such as cases involving defamation and fair competition, "statements about contested and contestable scientific hypotheses . . . are more closely akin to matters of opinion [than fact]."

The Second Circuit also acknowledged the complexity of these scientific developments, noting that "courts are ill-equipped to undertake to referee such controversies. Instead, the trial of ideas plays out in the pages of peer-reviewed journals, and the scientific public sits as the jury." By insisting on judicial deference to the academic community, the Court adopted broad speech protections. Ultimately, the Court held that the First Amendment protects scientific speech when the author draws "conclusions from non-fraudulent data, based on accurate descriptions of the data and methodology underlying those conclusions, on subjects about which there is legitimate ongoing scientific disagreement."

In this opinion, the Court's language echoes a Holmesian theory of the marketplace of ideas, encouraging the free trade of thoughts. As Robert Balin, an attorney for one of the defending parties said, "We want maximum discussion and disagreement sometimes, which can be heated. We want that kind of back and forth, give and take in science. That is the very essence of science." This debate allows the "truth" to emerge and prevail, as the marketplace theory intends.

Despite this language and ideal, the Court's decision is less egalitarian and pro-discussion than it initially appears. Though a victory for the First Amendment, the Court's approach to scientific academic speech brings confusion as well as clarity. By emphasizing peer review and the process of publication rather than production of speech, the decision primarily protects the speech of those operating within the confines of academic and medical institutions. Multiple times in the opinion, the Court made note that scientific speech as published in journals has essentially been vetted by other specialists, suggesting more accountability, competence, and validity. For example, the opinion noted, "Importantly, those conclusions are presented in publications directed to the relevant scientific community, ideally in peer-reviewed academic journals that warrant that research approved for publication demonstrates at least some degree of basic scientific competence."

Though not explicitly, the Second Circuit's opinion suggests that statements of scientific conclusions made in less traditional forums warrant less protection than those published in academic journals. Though peer-reviewed journal articles are undoubtedly the primary source of speech regarding new scientific research and publication opportunities tend to be accessible, the Court's opinion discounts speech made in presentations at scientific conferences (that may ultimately result in a published article, but has yet to receive peer approval), scientific books, and even initial research considerations expressed in blog posts and other digital media, however unpopular these forms of speech may be. This seemingly elitist perspective -- particularly when you consider that most journals require that authors pay to be published -- promotes a particular view of scientific inquiry and development that primarily protects traditional institutional participants over those who may be independently pushing the boundaries of inquiry. Furthermore, while the relevant intellectual communities and even society at large can certainly judge the value of different voices participating in a discussion, the First Amendment typically does not make such a value-based or form-based distinction.

This decision is further complicated when you consider the phrase "legitimate ongoing scientific disagreement." Putting aside problems with the use of "legitimate" (who determines this? what factors are considered? how is it measured?), "ongoing scientific disagreement" seems to require existing scientific debate on the subject of the speech. Does this ruling, then, only protect scientific articles that contribute to existing debate rather than those that may start a new debate? If the promotion of scientific advancement is desirable, limiting protection to speech that fits into pre-existing debate seems contrary to that policy. The most important articles may be those that propose entirely new fields of discourse and venture into previously uncharted territory. It is nonsensical to offer less protection to the speech that needs it most: those scientific conclusions that challenge the paradigms of the field. Indeed, if the First Amendment is to protect scientific speech as opinion rather than fact, distinguishing between articles based on the topic and existing academic environment is illogical and contradicts content-neutrality principles.

Though ONY v. Cornerstone Therapeutics is another step towards strengthening the protective value of the First Amendment, the Second Circuit leaves much room for further interpretation of scientific speech. As Rebecca Tushnet predicts that "many defendants will likely be citing this case at least as often as they contest standing," we can hope to see these issues addressed in the not-so-distant future.

Kristin Bergman is an intern at the Digital Media Law Project and a rising 3L at William & Mary Law School. As she is less familiar with the scientific community than she would like to be (which is to say, pretty unfamiliar), she thanks Michael Hogan, UPenn PhD '16, for his insight into the reseach and publication process.