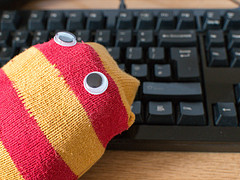 On March 12, 2013, the Federal Trade Commission released a new guidance paper entitled ".com Disclosures: How to Make Effective Disclosures in Digital Advertising." The new FTC guidance updates a prior FTC release from 2000 relating to disclosures in online advertising. The new guidance also provides some answers to questions raised by the agency's 2009 Guides Concerning the Use of Endorsements and Testimonials in Advertising, which caused substantial concern among bloggers and users of social media who write product reviews due to a lack of clarity as to their obligations.

Scope of the New FTC Guidance

The FTC has long taken the position that some online advertisements can be deceptive when not accompanied by certain clarifying disclosures. Such disclosures might relate to pricing, product materials or ingredients, or any of a number of other issues -- including identification of sponsored endorsements, as discussed in the 2009 endorsement guidelines. The agency's position on effective online disclosures is straightforward:

The ultimate test is not the size of the font or the location of the disclosure, although they are important considerations; the ultimate test is whether the information intended to be disclosed is actually conveyed to consumers.

There is no litmus test for determining whether a disclosure is clear and conspicuous, and in some instances, there may be more than one method that seems reasonable. In such cases, the best practice would be to select the method more likely to effectively communicate the information in question.

The devil is in the details, of course, and the bulk of the FTC guidance is dedicated to discussing how to make disclosures clear and conspicuous in the context of online content. Key points include:

The new FTC guidance includes further detailed information, including 22 illustrations of various circumstances in which disclosures either are, or are not, sufficient.

So what does the new guidance mean for bloggers and social media users who are engaged in writing product reviews? Well, as the Digital Media Law Project has discussed extensively, the FTC considers a positive review of a product to be potentially sponsored or endorsed by the manufacturer -- and thus a form of advertising -- when the reviewer has received a free sample of the reviewed product. In circumstances where a reader would not reasonably expect such a "material connection" between the reviewer and the manufacturer, the FTC requires the disclosure of the freebie. Those disclosures are subject to the FTC's new guidance, just like other disclosures relating to advertising.

The most relevant aspects of the new guidance for product reviewers will be the sections relating to blogs and "space-constrained ads." Where a positive review of a freebie on a blog has hyperlinks in its text, the new guidance would suggest that the FTC disclosure should appear at the start of the review rather than at the end. In this way, the reader is not distracted by the links before reading the disclosure.

With respect to "space-constrained ads" (e.g., tweets), when a tweet about a reviewed freebie reflects the reviewer's positive opinion, the new FTC guidance indicates that the reviewer should include the required disclosure in the text of the tweet. However, a disclosure in the text of the tweet is probably unnecessary if the positive nature of the review is not apparent on the face of the tweet. For example, where a tweet merely includes a link to a review without spoiling the nature of the review, any required disclosures could probably be presented on the review site instead.

Note that the new FTC guidance does not expand the circumstances in which disclosures are required. The new guidance helps to explain how disclosures are to be made, but leaves in place the FTC's existing rules and guidelines about when disclosures must be made. Thus, it remains the case that a disclosure would probably not be required for a negative review even if the reviewer had received the product for free. Even if the freebie motivated the reviewer to be kinder than he or she might otherwise have been, the negative review is unlikely to be the kind of sponsored content about which the FTC was concerned in the 2009 endorsement guidelines.

The new FTC guidance also provides no additional insight as to whether the FTC intends to take enforcement action against individual bloggers and reviewers.  The agency's statements to date suggest that they are more interested in pursuing manufacturers that attempt to buy positive reviews with freebies than they are the reviewers themselves. That said, the discussion of blogs in the new guidance relates directly to how bloggers themselves comply with disclosure requirements.

There remain serious questions about whether the FTC's guidance in this space represents an unconstitutional intrusion into protected, non-commercial speech. The FTC's authority to require disclosures in advertising derives from its power to take action against unfair and deceptive trade practices. Attempts to restrict or to compel modifications to non-commercial speech raise serious questions not only about whether the agency is exceeding its remit, but also whether the regulations are permissible under the First Amendment.

The theory behind the 2009 endorsement guidelines is that some online reviews which appear to be the work of independent writers are in fact advertisements in disguise. However, while there is little doubt that promotional material disguised as neutral editorial content can be deceptive, one criterion that the FTC uses to identify hidden commercial speech in this context -- the receipt of free products for review -- is unreliable at best and irrelevant at worst.

When the 2009 endorsement guidelines were published, many online reviewers took umbrage at the suggestion that they could be bought with items for review. Without question, free samples and products are a perk of reviewing, but there is a significant difference between enjoying such things and compromising one's editorial independence. A manufacturer who attempts to buy reviewers through free goods might be engaged in an unfair or deceptive practice, warranting sanctions against it. But that is a far cry from evidence that the manufacturer in fact controls what reviewers write, in such a way that would allow the government to treat the reviews themselves as mere advertisements subject to restrictions on commercial speech.

Absent that showing, the FTC's compulsion to include additional content in the form of disclosures is an intrusion into editorial discretion -- and simple, non-commercial communication -- in a manner repugnant to the First Amendment.