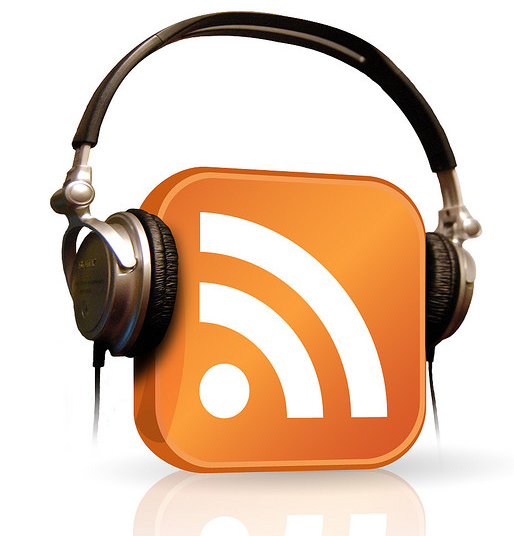 A Texas company is causing a stir with a claim that it has a patent on podcasting, which may lead frightened podcasters to shut down. However, the patent's breadth has led many to challenge it, including the Electronic Frontier Foundation (EFF) and the Berkman Center's Cyberlaw Clinic.

Jim Logan, through his company, Personal Audio,  appears to be going after podcasters, claiming patent infringement on an idea he invented back in 1996. Personal Audio holds a 1996 patent for a device that  would allow users to select from a variety of audio programs. The 1996 patent contains diagrams of how  such a device might work; Logan claims his patented device is akin to today's podcasting system available on most mobile devices. The patent creates a "negative right" to exclude others from infringing on the patent's activity, and in Logan's case, gives him the ability to stop podcasters in their proverbial audio tracks.

The kicker? Before Personal Audio was able to develop the technology for the device, the company went under and the device was never made. Even though Personal Audio never actually created the device, the 1996 patent application was approved by the United States Patent and Trademark Office and issued in 2001. Personal Audio also holds a 2012 patent, which was filed in 2006. The 2012 patent is similar to the 1996 patent, except that it was amended to include more information about frequently seen functions of modern-day podcasting. The 2012 patent is the patent to which Logan points to in defense of his patent infringement allegations against podcasters.

Logan admits that his original patent did not contain the breadth that it currently claims, but the patent system allowed him to update his patent to include information akin to modern podcasting practices. In a recent interview on NPR's "Planet Money" podcast, Logan acknowledges that he didn't develop the podcast technology on his own, but instead claims he developed the concept of podcasts. His idea was that, someday, you would be able to download audio segments on any topic you wish right to a personal device.

Was the Podcast Patent Non-obvious?

Patents are meant to protect useful and novel ideas -- those ideas and inventions that are not obvious to a person with ordinary skill in the art. This non-obviousness requirement has been the topic of much debate in the past, and the podcast patent has revitalized this debate. Is Logan's patent podcast really a novel or non-obvious idea? When Logan filed for the patent in 1996, technological advances were making leaps and bounds -- can one conclude such a technology was truly non-obvious?

In 1996, mobile devices themselves were arguably imaginable. Even the first palm pilots (those most ancient of pocket computers that seemed to do nearly everything today's mobile devices can do -- except make phone calls -- and were once coveted by the most technologically-savvy) hit the market in 1996. So is it really that far-fetched to envision a future where individuals could make episodes of a radio program easily accessible to the public via downloads to a mobile device?

Further, Logan's original recording that he claims as the world's first podcast was a magazine dictated and recorded on a cassette tape. This technology is now viewed as archaic and outdated. Is a recording in that form -- someone reading text from a magazine into a microphone, which is then sent to your home on a cassette tape -- even comparable to today's instant, at-your-fingertips downloads available right to your cell phone?

There is an incredible amount of diversity available among podcasts today; you can take your pick from news, science, economics, comedy, and history podcasts. It seems that Logan's patents guessed at such developments in diversity among the programming options. The 2012 patent's abstract contains a brief summary of the patent, stating: "The host organizes the program segments by subject matter segments, and the subject matter segments may be used to generate both text and audio cataloging presentations to enable the user to more easily identify and select desirable programming." Because Logan did not specify the "subject matter" the technology would encapsulate, he is able to capture every type of podcast under the broad description.

Personal Audio recently began sending letters to a significant number of podcasters alleging patent infringement and -- according to "Planet Money" -- looking for settlements on its alleged patent infringement. Not surprisingly, podcasters are concerned about the ramifications of his patent since podcasting, by its very nature, is not a very lucrative business.

But however broad Logan's patents may be, the United States Patent and Trademark Office granted both patents under its application system. The patents' breadth points to a flaw in the United States patent system. "Patents are meant to foster innovation and invention," says Kit Walsh, a Clinical Instructional Fellow at the Cyberlaw Clinic. But overly broad patents can inhibit innovation as potential inventors are limited by broad and previously existing patents. More disconcerting, Logan's podcast patent could limit free speech because podcasters may shut down out of fear of being targeted by Logan.

Podcasting is not a venture one typically does for profit, but rather more likely for a love of discussion and a desire to interact with the community. Some podcasters initially pick up the trade merely as a hobby, and very few are able to turn an actual profit off of it. Fighting a claim in court is often not a viable option as court expenses can be astronomical. "Litigating a patent can cost anywhere between $2 million and $10 million, or even more," Walsh says. Since podcasters rarely make much money, the consequence of the podcast patent may force many to shut down in the face of a stiff settlement penalty based on Logan's claims of patent infringement.

The "Planet Money" segment suggests that Personal Audio's letter threatening litigation is an open-ended invitation for podcasters to suggest their own settlement price. The settlement would presumably include a licensing fee for podcasters, allowing them to continue broadcasting on the airwaves. But because Logan's attorney has deliberately chosen not to include a settlement price in the letter, podcasters are unsure of how much to offer should they choose to settle rather than litigate or cancel their shows.

Back in 2011, President Obama signed into law the Leahy-Smith America Invents Act (AIA) that changed patent submission requirements from "first to invent" to "first to file." The AIA went into effect in March of this year. This updated patent application process does not function retroactively, and therefore would not apply to Logan's podcast patent. However, it seems possible that it may close the "idea" gap in the current patent law system.

Earlier this month, on June 4, the White House followed up on the AIA and issued five executive actions and seven legislative recommendations aimed at protecting innovation. Future litigation and judicial decisions will almost certainly address the issue of broad patents like Logan's podcast patent and their extensive reach. Until then, organizations like the Cyberlaw Clinic and the EFF will continue to fight the podcast patent.

Samantha Scheller is an intern at the Digital Media Law Project and a rising 2L at the University of North Carolina School of Law. As an avid podcast listener, she is concerned about the ramifications of a podcast patent.