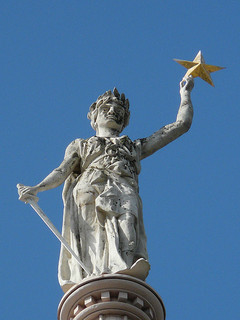 Texas State Representative Todd Hunter, R-Corpus Christi, has proposed a "retraction statute" that, if passed, will protect journalists both online and offline and promote truth and efficiency both in and out of court.

The Freedom of Information Foundation of Texas and the Texas Press Association assisted Hunter in drafting Texas House Bill 1759 (HB 1759), which would require a prospective plaintiff to give a publisher an opportunity to correct, clarify, or withdraw false content before filing a defamation lawsuit. Under the proposed law, a request for such a correction must be made within a year of the publication and within 90 days of the plaintiff becoming aware of the publication. If the request is granted, and a correction, clarification, or retraction is published "with a prominence and in a manner and medium reasonably likely to reach substantially the same audience as the publication complained of," the plaintiff cannot be awarded punitive damages in a defamation suit.

A publisher who has been asked to make a correction may also ask the person making the request to provide "reasonably available information regarding the falsity of the allegedly defamatory statement." The requestor "must" provide the information within 30 days or be barred from seeking punitive damages in court.

If passed, HB 1759 will promote truth in publication. It will encourage subjects to contact publishers who may have gotten something wrong, encourage publishers to listen to and engage with subjects complaining of inaccuracies, and lead to corrections or clarifications in cases where a publisher determines one is necessary, which will provide the public more accurate information. Out of court resolution would also promote the interests of the judicial system by lessening the burden on courts, which are overburdened with ever-increasing caseloads.

This out of court dispute resolution provides a stark contrast to defamation lawsuits, which, once filed, encourage publishers and subjects to stick to their guns and fight it out in a winner-take-all battle that is unlikely to benefit any party. At that point, publishers typically adamantly support their legal right to publish what they have published in order to avoid liability, rather than considering extra-legal considerations like fairness and accuracy. Defendants can also accrue serious expenses putting on a legal defense for even a frivolous suit. By requiring plaintiffs to seek a correction and reducing available damages if a correction is made, Texas will deter plaintiffs from filing defamation suits and therefore reduce the potential chilling effects of such suits (Texas has already expressed its commitment to preventing such chilling by passing a strong anti-SLAPP statute).

Additionally, given the strong First Amendment protection for speech, which requires that actionable defamatory statements be made at least negligently (Gertz v. Robert Welch, Inc.), and in many cases with actual malice (New York Times Co. v. Sullivan), plaintiffs often expend significant resources and are ultimately unsuccessful in obtaining damages or compelling publishers to remove even factually false content. Encouraging publishers and subjects to resolve disputes outside of court therefore has significant benefits for defendants, plaintiffs, and the public.

Given the broad benefits of Texas' proposed retraction law, it is especially positive that the bill explicitly protects online speech by both media and non-media defendants. It "applies to all publications, including writing, broadcasts, oral communications, electronic communications, or other forms of transmitting information." In a case regarding online content a correction, clarification, or retraction is published with appropriate prominence and in an appropriate manner and medium if it is appended to the original publication.

Many of the approximately 30 states that already have retraction statutes on the books do not currently protect online speech. For example, Wisconsin's retraction law only applies to "newspapers, magazines, and periodicals." And in It's in the Cards, Inc. v. Fuschetto, the Wisconsin Court of Appeals held that this language did not apply to the internet, leaving the "legislature to address the increasingly common phenomenon of libel and defamation on the information superhighway." The Mississippi statute refers to "a newspaper . . . radio or television station," and has not been interpreted to apply to online publications. Similarly, the California retraction statute covers "publication of a libel in a newspaper, or of a slander by radio broadcast." California courts have not addressed whether the statute could apply to online speech but have interpreted the statute narrowly; In Condit v. Nat'l Enquirer, Inc., a federal court in California held that the statute's protections "are limited to publications which engage in the immediate dissemination of news."

In other states, courts have applied statutes that do not expressly cover the internet to online speech. For example, in Alvi Armani Med., Inc. v. Hennessey, a court applied Florida's retraction law, which applies to "publication or broadcast, in a newspaper, periodical, or other medium," to online speech, though it implied that the statute might not cover an individual online speaker rather than a company "which provides information to the consumer public."

In Mathis v. Cannon, the Supreme Court of Georgia held that the Georgia retraction statute, which covers "a regular issue of the newspaper or other publication," applies to online speech. The court noted that that construction was preferable to one limiting the statute to traditional print media because

"[i]t eliminates the difficult task of determining what is a ‘written publication' and who is the ‘print media' at a time when any individual with a computer can become a publisher. It supports free speech by extending the same protection to the private individual who speaks on matters of public concern as newspapers and other members of the press now enjoy. In short, it strikes a balance in favor of uninhibited, robust, and wide-open debate in an age of communications when anyone, anywhere in the world, with access to the Internet can address a worldwide audience of readers in cyberspace." (internal citations and quotation marks omitted).

HB 1759 law serves the same crucial functions. It will promote accuracy in reporting while saving plaintiffs and defendants significant expense and unburdening the courts. And, it is particularly forward thinking in that it provides the same rights to all speakers as it provides to the traditional media, therefore "strik[ing] a balance in favor of uninhibited, robust, and wide-open debate" both on and off line. This is especially important now, as traditional media budgets for investigative reporting shrink, and media's watchdog function increasingly shifts to independent newsgatherers publishing online.

Jillian Stonecipher is a 2L at Harvard Law School and an intern at the Digital Media Law Project. She is a proud Texan.

(Image of the Liberty Statue at the Texas Capitol by Flickr user Jes Reynolds, and licensed under a Creative Commons Attribution NonCommercial Share-Alike license.)