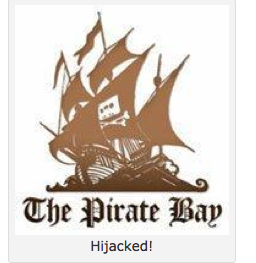 If you haven't heard of The Pirate Bay by now, you may want to emerge from that cave, wipe the sleepies from your eyes, and start getting caught up on your backed up WIRED magazines in the bathroom. The Pirate Bay (TPB) is a website run by a few Swedish intellectual property anarchists. TPB provides a comprehensive indexing service for BitTorrent files. In plain English, TPB is the backbone of one of the most comprehensive copyright infringement schemes to ever exist. And, TPB isn't just about "free information," as it makes a significant income from sponsored ads on its webpage, to the tune of about $65,000 per month. TPB denies that it makes very much money, claiming that most of the income goes to supporting the infrastructure of the site. In April of 2009, its principals, Peter Sunde, Fredrik Neij, Gottfrid Svartholm and Carl Lundström were sentenced by a Swedish court to one year in prison and a $3.6 million fine. (source) The verdict is under appeal.

In a strange case of turnabout, a commercial entity in Sweden has hijacked TPB's iconic logo. TPB has always allowed others to use the logo, without restriction, as a demonstration of their anti-intellectual property ethos. However, Sandryds Handel, AB took the sharing a step too far.

Today news broke that a private Swedish company, noticing that the logo had no commercial protection, took the opportunity to hijack it. The outfit, Sandryds Handel AB, have officially registered the emblem as their own with the authorities, with the intention of commercially exploiting it.

While admitting they have absolutely nothing to do with The Pirate Bay, in a radio interview Sandryds Handel spokesman Bengt Wessborg defended his company’s action.

“The idea is to sell USB drives using this brand,” he told SR. “We saw that it was not already allocated to someone else. It was not registered,” he added. (source)

Although I previously worked for a Swedish intellectual property law firm, I can't claim to know Swedish IP law all that well. But, it might be a fun exercise to think about how this might be dealt with under U.S. law. One would imagine that TPB would try to cancel the usurper's trademark registration, or even sue them for trademark infringement. However, under the "illegal use doctrine," TPB would likely face more than a karmic defeat.

The rationale for this rule is twofold. First, as a logical matter, to hold otherwise would be to put the government in the “anomalous position” of extending the benefits of trademark protection to a seller based upon actions the seller took in violation of that government’s own laws. See In re Stellar, 159 U.S.P.Q. at 51. It is doubtful that the trademark statute–passed pursuant to Congress’s power under the Commerce Clause–”was . . . intended to recognize . . . shipments in commerce in contravention of other regulatory acts promulgated [by Congress] under [that same constitutional provision]. ” Id. Second, as a policy matter, to give trademark priority to a seller who rushes to market without taking care to carefully comply with the relevant regulations would be to reward the hasty at the expense of the diligent.

Accordingly, it seems that since TPB has not used its mark in lawful commerce, it would not be well positioned to enforce its trademark rights.

Nevertheless, TPB would not be without some form of redress. The Copyright Act contains no similar “lawful use” requirement. Provided that TPB went through the formalities of registration first, they would be able to enjoin further use of their logo by Sandryds Handels if they sued under Title 17, and they might even be able to collect "actual damages," which would be hard to prove.

Unfortunately, I doubt that they would be able to collect statutory damages or attorneys' fees, as I am certain that they did not register the copyright within the statutorily required time frame for such prizes to be awarded.

That said, if you want to see the irony meter in the roflcopter go over 9,000, file a copyright infringement suit on behalf of TPB.