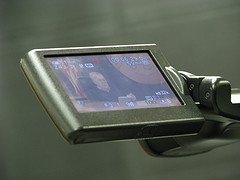 It lacks the drama of the various flavors of "Law and Order" or the intrigue of a John Grisham novel. But the video of a July 21 hearing on the plaintiff's request for a preliminary injunction in Gauck v. Karamian, Civil No. 11--2346 (W.D. Tenn. filed May 4, 2011) is nevertheless an important milestone.

Aside from the issues at stake in the hearing itself -- which are of interest to citizen journalists and bloggers -- the video is the first recording of a federal court proceeding in the federal court's new pilot program of cameras in selected courtrooms.

The program, which was approved by the U.S. Judicial Conference last year and allows court-operated cameras to cover civil proceedings in 14 federal trial courts, is just the latest chapter in the long saga on the question of camera coverage of federal trial courts.

This is not the first time that the federal courts have experimented with camera coverage of their proceedings. From 1991 through 1994, the federal courts conducted a limited test of camera coverage of civil trials in eight federal district courts, which led to a recommendation that federal courts allow televised proceedings. But the Judicial Conference -- which sets policies for all federal courts except the U.S. Supreme Court, which sets its own rules -- rejected this recommendation, concluding in 1994 that “the intimidating effect of cameras on some witnesses and jurors was a cause for serious concern.”

The Judicial Conference then relented a bit, deciding in March 1996 to allow each federal Circuit to decide the issue for itself and the district courts in its geographic area, while strongly urging the Circuits to follow the Conference’s 1994 policy.

In reaction to the change, the Second Circuit (covering Connecticut, New York, and Vermont) permits its district courts to allow cameras, resulting in varying policies under each district court's local rules.

But while most states allow camera coverage of at least some court proceedings, the question of cameras in federal courts remains a contentious one, as shown by the recent controversies over the proposed video webcasting of a music downloading trial in a Massachusetts federal court, see In re Sony BMG Music Entertainment, 564 F.3d 1 (1st Cir. 2009) (reversing trial court order allowing webcast), cert. denied, Tenenbaum v. Sony BMG Music Entertainment, 130 S.Ct. 126, 175 L.Ed.2d 234 (2009), and the planned live broadcast and streaming of a trial challenging the constitutionality of California's anti-gay marriage Proposition 8. See Hollingworth v. Perry, 130 S. Ct. 705, 175 L.Ed.2d 657 (2010).

The first proceeding to be recorded and posted online in the new cameras experiment was the preliminary injunction hearing in Gauck v. Karamian. The case was brought by Memphis, Tenn. television reporter Lauren Lee Gauck Giovannetti -- who uses the name Lauren Lee professionally and filed the suit using her maiden name -- against the owner of the TheDirty.com website, which she alleged published sexually explicit photos which the site falsely claimed were of her (complaint). This is not the only case making claims against the site; other examples are here and here.

While the photos were removed after Gauck's attorney contacted the site, she still sought a preliminary injunction barring publication (re-posting) of the allegedly damaging material. This request was the subject of the July 21 hearing.

On July 12, Chief Judge Jon Phipps McCalla, presiding over the case, informed the parties that the preliminary injunction hearing was eligible to be recorded as part of the cameras in the courtroom experiment. Both parties agreed to participate (defendants' consent). "One of the reasons we consented to cameras was to hopefully ensure we would get a hearing," Gauck's attorney told the Memphis Commercial-Appeal.

"The parties in this case have consented to participation in a pilot project authorized by the Judicial Conference of the United States ... .," Judge McCalla said at the start of the hearing. "The court is required under [the experiment's] guidelines to remind all persons present in the courtroom that a recording is taking place and to request that they, of course, limit noise or side conversations that might adversely affect the project. The court is also required to caution attorneys, parties and any witnesses about disclosing confidential or personal information. By consenting to a video recording ... neither party is agreeing or consenting to the public disclosure of material as to which they have previous asserted a privacy right or other claim."

Although both parties agreed to the recording, they were barred from displaying in court (and thus on camera) the explicit photographs at issue in the case because they had previously agreed to keep the photos under seal. "[The photos] will remain under seal and obviously since they're under under seal they're not going to be displayed [on camera]," Judge McCalla said.

Some of the pictures and posts on the site were, however, described during the proceeding.

During the proceeding, Gauck's attorney argued that the injunction was necessary to protect her from further harm to her reputation as a journalist, and Gauck herself testified about the potential harm that the photos could cause. The website's attorney argued that the material was posted by a third party, not the website owners or editors, and that the defendants were thus not liable for the postings under section 230 of the federal Communications Decency Act (47 U.S.C.§ 230). The site also argued that the photos and use of Gauck's name had not resulted in a significant increase in site's traffic or profits.

At the conclusion of the hearing, Judge McCalla said that he was taking the case under advisement, and that the preliminary injunction motion involved "substantial issues and will require an opinion."

While Judge McCalla has not yet issued that opinion [UPDATE IN COMMENTS], the case already has set a precedent by being the first -- and so far, the only -- proceeding recorded and posted online in the federal courts' new test of cameras in courtrooms.

Only time will tell if this experiment finally leads to federal courts being open to regular camera coverage, or if it will be just another short period of openness before cameras are once again left outside the courtroom doors.

Judge McCalla issued a decision denying the plaintiff's motion on July 29, saying that she had not shown that the website's use of her name enhanced the website's revenue. Two weeks later, on Aug. 11, 2011, the parties informed the court that they had reached a settlement in the case (docket).