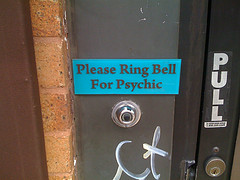 So this case slipped by me when it first came down in January, but it raises my ire enough to come back to a bit late. It's Sandholm v. Kuecker, the Illinois Supreme Court's attempt to make sense of the state's anti-SLAPP statute, and it's an impressively terrible piece of work. In it, the Court introduced what amounts to a mind-reader approach: If the plaintiff has a pure heart and really believes he's been wronged, then the anti-SLAPP law won't stand in the way.

The facts in Sandholm are pretty basic. A bunch of parents were dissatisfied with the local high school basketball coach/athletic director, so they spent a couple of months mounting a campaign to get him fired. Once the dust settled, the embattled coach brought this defamation case.

It gets interesting for my purposes because the defendant-parents brought Illinois' anti-SLAPP law into play. The Illinois statute, 735 Ill. Comp. Stat. 110/15, in the universe of all anti-SLAPP laws, is already on the narrower side, limited to some kind of broadly-defined government-participation speech. According to the statute, speech/petition/etc. activities are "immune from liability, regardless of intent or purpose, except when not genuinely aimed at procuring favorable government action, result, or outcome."

One can already see where the problem creeps in. The best anti-SLAPP statutes like Texas, California, Washington, and so on, don't hand out blanket immunities. They don't say, "as long as you're talking about a public interest-type issue, nobody can ever sue you for anything." Instead, they set a higher bar for the plaintiff to clear to advance her claim. California's is the classic two-step setup since copied by other states. First, the defendant shows that he's being sued over some protected speech. Then, the plaintiff has to show the specific facts that support each element of her claim. The idea, of course, is that meritorious plaintiffs will be able to make the necessary showing, and plaintiffs just looking to intimidate and punish won't.

So back to Illinois, where the statute (on its face) doesn't work that way. The lower courts in Sandholm read it to say what it apparently says: As long as you, the defendant, were speaking to get the government to take some kind of action, you're immune from all lawsuits. That's a hell of a change, basically abolishing all intentional torts as long as the defendant sincerely wanted to cause some government action. No two-step, plaintiff-prove-your-case system: just flat immunity.

We could fight over whether or not that kind of blanket immunity is a good idea. But the point is that the Illinois Supreme Court was (understandably) unnerved by such a major change. (See ¶ 50 of the decision for an example of the Court's suspicion.) At that point, the Court can do one of two things: the classic textualist "enforce the statute literally and embarrass the legislature into changing it" move, or the "read in something to mitigate the damage" move. The Illinois Court took the latter path; I'm no textualist, so you'll hear no complaints from me on that score. It's what they did once they decided to stretch the text that boggles my sad little law-student mind.

The Sandholm Court zeroed in on this language in the statute: The anti-SLAPP law applies if a lawsuit "is based on, relates to, or is in response to" protected speech/petition/etc. Normal humans see that language as putting the focus on the defendant's conduct: They did something to get sued, and if that something was an attempt to participate in government, the statute protects them. The Illinois Court, instead of reviewing whether the plaintiff's claim had merit, decided that the statute required them to divine the plaintiff's subjective intent. According to the opinion, the anti-SLAPP statute will not apply "[i]f a plaintiff's complaint genuinely seeks redress from defamation or other intentional torts." (¶ 53.)

The most obvious question is, how are courts supposed to… know this? Which plaintiffs are twirling a waxed mustache, thinking of dastardly ways to suppress speech, and which plaintiffs feel genuinely wronged? We don't live in a world where SLAPPing villains are so easy to spot. Spending time analyzing the plaintiff's intent takes the focus off of the important anti-SLAPP concern: protecting valuable speech from chilling effects, wherever those effects come from.

A sincerely offended plaintiff bringing a SLAPP is no less a threat than a nefarious one. And a malicious plaintiff can still have a valid defamation claim. That's why the first step of the good anti-SLAPP statutes asks whether the defendant's speech/conduct is the sort of thing we want to protect. The second step – where the plaintiff has to prove his case – is a way to separate out the meritorious claims from the frivolous ones, using criteria courts know how to handle (how legally strong is this claim?), not ones they don't (asking a Magic 8 Ball whether the plaintiff is a nice guy).

If the Illinois Court was so troubled by the apparent blanket immunity the statute offered, it easily could have read in some kind of strength-of-claim test. The move is familiar to anyone with basic First-Amendment arguments under their belt:

Ta-da! You've got a normal "plaintiff, prove your case" anti-SLAPP statute, in steps no less plausible than "look into their hearts." Instead, the Illinois anti-SLAPP law is a shell, circumventable by any plaintiff with a shred of self-awareness. (JUDGE: "Plaintiff, are you being a bad boy?" PLAINTIFF: "No, your honor. I'm a very good boy.") Good job, everyone.

John Sharkey is a CMLP blogger in his second year at Harvard Law School. He believes in Josh Willingham.