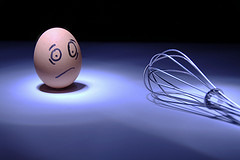 A few weeks ago, I wrote that bloggers should not be too concerned about a decision by a federal judge in Oregon that blogger Crystal Cox is not protected by Oregon's reporters' shield law in a defamation suit.

But a new decision in Illinois reaching the same conclusion about another blogger is more problematic.

This what got most of the attention in coverage of the case. But it was not the primary basis for the court's holding that she was not protected by the shield law. Instead, the judge denied Cox the protection of the shield law because she tried to use the existence of the source as evidence in her defense, while at the same time invoking the shield law to refuse to identify that source. This is known as using the reporter’s privilege as both a "sword and shield" and has been rejected by courts in many states. In addition, Oregon's shield law statute specifically prohibits it. See Ore. Rev. Stat. § 44.530(3).

The new Illinois decision more directly involved application of the state's reporters' shield law to an online news source: in this case, TechnoBuffalo.com, which consists of frequent blog posts on (excuse the pun) bits of technology news.

The question was whether the site falls under Illinois' reporter's shield law, 75 Ill. Comp. Stat. §§ 5/8-901 - 8-909, which provides that "No court may compel any person to disclose the source of any information obtained by a reporter except as provided in [the other provisions of the shield law]." (emphasis added)

The terms "reporter" and "source" are defined in the statute, as is the phrase "news medium":

(a) "Reporter" means any person regularly engaged in the business of collecting, writing or editing news for publication through a news medium on a full‑time or part‑time basis . . . .

(c) "Source" means the person or means from or through which the news or information was obtained.

According to news reports about the decision (here and here; I haven't been able to find the decision itself; UPDATE: The ruling and other documents and information about the case are here), Judge Michael R. Panter of the Cook County Circuit Court held that "TechnoBuffalo’s reliance on the Illinois reporter’s privilege is misplaced," because the site did not qualify as a "news medium" under the statute. "TechnoBuffalo’s anonymous 'tipster' is hardly an example of a 'source' of investigative journalism that requires protection of the Act."

Judge Panter's decision is contrary to a decision of a California court holding that a similar blog was covered by that state's reporters' shield provision. In O'Grady v. Superior Court, 139 Cal.App.4th 1423, 44 Cal.Rptr.3d 72 (Cal. App., 6th Dist. 2006), the California Court of Appeals held that the "O'Grady's PowerPage" blog was included in the shield provision language extending coverage to "[a] publisher, editor, reporter, or other person connected with or employed upon a newspaper, magazine, or other periodical publication ... ." See Cal. Const., Art. I, § 2(b) (shield provision in state constitution); see also  Cal. Evid. Code § 1070 (statutory provision).

Given the numerous ambiguities presented by "periodical publication" in this context, its applicability must ultimately depend on the purpose of the statute. It seems likely that the Legislature intended the phrase "periodical publication" to include all ongoing, recurring news publications while excluding non-recurring publications such as books, pamphlets, flyers, and monographs. The Legislature was aware that the inclusion of this language could extend the statute's  protections to something as occasional as a legislator's newsletter. If the Legislature was prepared to sweep that broadly, it must have intended that the statute protect publications like petitioners', which differ from traditional periodicals only in their tendency, which flows directly from the advanced technology they employ, to continuously update their content.

The fact that Implode operates a website makes it no less a member of the press. In light of the trial court’s implicit findings, we conclude that Implode’s website serves an informative function and contributes to the flow of information to the public. Thus, Implode is a reporter for purposes of the newsgathering privilege.

The federal judge in Oregon reached the opposite conclusion in the Cox case. Without much discussion, he simply stated that the blog in that case was not covered by Oregon's shield statute, which provides that “[n]o person connected with, employed by or engaged in any medium of communication to the public shall be required [to reveal confidential sources],” Ore. Rev. Stat. 44.520(1), and then provides that

Judge Marco A. Hernandez focused on the list, and found that Cox and her blog did not fit under any of these categories. In doing so, he ignored the statute's language that “medium of communication” includes not only the specific media listed.

On a related issue, Judge Hernandez observed that "Defendant cites no cases indicating that a self-proclaimed 'investigative blogger' is considered 'media' for the purposes of applying a negligence standard in a defamation claim." Of course there are no such opinions, since blogs and social media are a new emerging medium.

The rulings in Price and Obsidian Finance Group are worrisome and overly legalistic, and do not recognize that the purpose of reporters' privilege provisions is to facilitate the free exchange of information; and that blogs are certainly a new means of doing this, and should be covered by these shield provisions, as the courts found in O'Grady and Mortgage Specialists.

The Illinois court could – and should – have used the rationale in O'Grady and Mortgage Specialists to include the TechnoBuffalo blog in Illinois' reporters' shield law. Now, it will probably be left for an appellate court to do this, which will provide jurists like Judge Hernandez in Oregon an appellate ruling to cite for the logical conclusion that shield law protect bloggers as they protect other journalists.