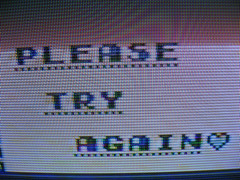 The federal courts have revised the jury instructions released in 2010 to address jurors' use of the internet and social media. But while the revised version is more specific about what activities jurors should avoid, they are still inadequate. This is because they are still in the form of a command -- "thou shalt not" -- but do not explain to jurors why they should not discuss the case or do research online.

Instead, in the revised instructions -- which are suggested, not mandatory -- judges are asked to tell jurors, "I expect you will inform me as soon as you become aware of another juror’s violation of these instructions."

According to a U.S. Judicial Conference press release, the revised instructions are based on the findings of a 2011 Federal Judicial Center study (pdf) which found that most federal judges who reported becoming aware of juror use of social media during trial found out from fellow jurors. What the press release does not mention is that of the 508 federal judges who responded to the survey, only 30 (six percent) said that they had experienced jurors using social media during trials and deliberations. This led the study's author to conclude that "detected social media use by jurors is infrequent, and that most judges have taken steps to ensure jurors do not use social media in the courtroom."

I'm skeptical of this conclusion, and the very fact that the Judicial Conference has revised the instructions would imply that the problem is growing.

In addition to the changes in the instructions, the Conference is also making posters available to remind jurors of their duty to avoid the internet and social media. Such posters are already in use in some state courts.

But, as I've written before, the revised instructions still do not explain why jurors should not use the internet to do their own investigations of the case, or use social media to communicate with others about it.

While this instruction may seem unduly restrictive, it is vital that you carefully follow these directions. The reason is simple. The law requires that you consider only the testimony and evidence you hear and see in this courtroom. Not only does our law mandate it, but the parties depend on you to fairly and impartially consider only the admitted evidence. To do otherwise, by allowing outside information to affect your judgment, is unfair and prejudicial to the parties and could lead to this case’s having to be retried.

Accordingly, I expect that you will seriously and faithfully abide by this instruction[.]

New York's criminal instructions include an even more detailed explanation. After a long litany of prohibited online activities, the instructions explain the rationale.

Now, ladies and gentlemen, I want you to understand why these rules are so important:

Our law also does not permit jurors to converse among themselves about the case until the Court tells them to begin deliberations because premature discussions can lead to a premature final decision.

Our law also does not permit you to visit a place discussed in the testimony. First, you cannot always be sure that the place is in the same condition as it was on the day in question. Second, even if it were in the same condition, once you go to a place discussed in the testimony to evaluate the evidence in light of what you see, you become a witness, not a juror. As a witness, you may now have an erroneous view of the scene that may not be subject to correction by either party. That is not fair.

Finally, our law requires that you not read or listen to any news accounts of the case, and that you not attempt to research any fact, issue, or law related to the case. Your decision must be based solely on the testimony and other evidence presented in this courtroom. It would not be fair to the parties for you to base your decision on some reporter’s view or opinion, or upon information you acquire outside the courtroom.

These rules are designed to help guarantee a fair trial, and, our law accordingly sets forth serious consequences if the rules are not followed. I trust you understand and appreciate the importance of following these rules and, in accord with your oath and promise, I know you will do so.

As of last year, New York was one of ten states that explained the rationale behind restrictions on juror use of the internet and social media in their civil instructions; seven did so in their criminal instructions.

The federal courts should join them. To modern jurors -- especially ones used to having information at their beck and call through their mobile web devices -- the idea that they cannot get the information they feel that they need to make an informed decision seems absurd, particularly in a high-stakes situation like a legal trial. And maybe it is. But that is exactly the reason that courts are well advised to explain to jurors not just that they should not do these things, but also explain why.

Eric P. Robinson teaches media law and ethics at the CUNY Graduate School of Journalism and Baruch College, both in New York City. Previously, Eric was Deputy Director of the Donald W. Reynolds National Center for Courts and Media at the University of Nevada, Reno. Eric is a media and internet law attorney with extensive experience analyzing and writing on media, internet and freedom of expression issues, including tracking media and internet litigation and legislation. He also blogs at bloglawonline.com.