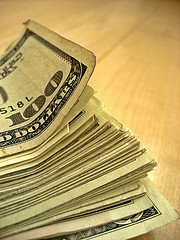 On April 24, 2012, a Texas jury awarded $13.78 million to a married couple in a case based upon an extended campaign of defamation on the website Topix.com - to be specific, more than 1,700 separate statements accusing the plaintiffs of a wide array of criminal activity and, shall we say, unusual sexual practices, among other misconduct. The husband was awarded $5.1 million from one defendant and $1.7 million each from two others. The wife was separately awarded $3.168 million from the first defendant (the less-than-round number reflecting in part the value of the wife's business, which she allegedly lost as a result of the defamation).

A brief review of the 733-page complaint is enough to make one's skin crawl, and if the allegations are to be believed – as clearly the jury did – the size of the verdict becomes more understandable from a gut perspective. That said, the core of a defamation action is injury to reputation; i.e., the impairment of the plaintiffs' good name in the view of their community or a respectable part thereof. The sheer size this verdict begs the question of whether the jury was actually attempting to compensate for reputational injury, or was simply trying to smack the defendants with as large a number as they could rationalize.

Even when not confronted with conduct as disturbing and provocative as that alleged by the plaintiffs in this case, juries face difficult questions when evaluating damage to reputation caused by false statements on social media. For example:

All of these questions go to the underlying issue of how and when an audience on a social media network forms an impression of the object of an online rant, and whether cumulative defamatory content eventually loses impact or even, counter-intuitively, undercuts the effect of earlier content. These are just part of a much wider range of variables, of course, including how articulate the posts are, the reputation of the poster, the forum(s) for the posts (including whether the forum is frequented by those who know and/or interact with the plaintiff), and any number of other items that render particular content effective or believable – even if false.

Figuring out how juries calculate awards for damage to reputation in Internet cases is further complicated by the fact that most jurisdictions allow a plaintiff to recover emotional distress damages as a part of an award for defamation. Reputation is an objective matter, dependent on the perceptions of third parties; emotional distress, in contrast, is subjective psychological harm that a plaintiff suffers as a result of the negative exposure. By their nature, damages from emotional distress are ill-suited to precise calculation, and the disconnect between reputational injury and emotional distress is particularly acute in social media defamation cases. Plaintiffs often express increased distress at the thought that "everyone in the world can see the libel," when in fact it is rare that anyone outside of the plaintiff's own community notices, remembers, or cares about an online statement. As a result, unless a jury is carefully instructed, the emotional distress component of an award can bear little relation to the actual injury to reputation that is the basis for the claim.

Moreover, emotional distress damages can disguise an effort to punish a defendant rather than compensate a plaintiff. This in turn can lead to judicial second-guessing, where a court must determine – based upon nothing more than a dollar figure – whether an award is compensatory or punitive in nature, and if so, whether an award of punitive damages is supported by the evidence. (Some states, such as Massachusetts, do not permit punitive damage awards in defamation cases; in those states which do allow punitive damages, the U.S. Supreme Court's ruling in Gertz v. Robert Welch, Inc. requires proof of constitutional "actual malice" before such damages can be awarded (at least where the statements involve a statement on a matter of public interest); and some of the states that allow punitive damages also require proof of additional elements such as common law malice, or proof of constitutional actual malice even in cases involving statements on matters of private interest.)

So was the $13.78 million verdict in Texas justified? We know that the jury's award was intended to compensate for damage to reputation and business losses, as well as some degree of mental anguish. We do not know how the jury answered the tough questions about damage caused by online statements or how they divided damages between reputational injury and emotional distress. The jury must also have been struggling with their own emotional reaction to the case, which could result in the conscious or subconscious enhancement of damages to punish the defendants.

The only thing that is clear, unfortunately, is that the already difficult process of evaluating damages in defamation cases is made more complex when it must take into account online social behavior that is poorly understood. More research is clearly needed; at the very least, judges should beware of unsupported arguments that speech causes more harm simply because it is on the Internet and the potential punitive aspect that can creep into verdicts as a result.

Update: Star-Telegram.com reports that the judge in the Texas case discussed above has thrown out the $13.78 million jury verdict, following motions filed by the defendants arguing that there was insufficient evidence to connect them with the posts at issue or to support the amount of the jury's damage award. The report states that the judge's reasoning was not provided with her decision.

Jeff Hermes is the Director of the Citizen Media Law Project.