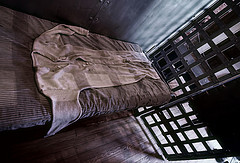 At a recent presentation during which I reviewed a number of cases and court rule changes regarding juror use of social media and the Internet during trial, an audience member asked me why American courts appeared to be so lax in the face of such juror misbehavior, such as the Texas case in which a juror who sent a "friend" request to the defendant in a personal injury case was sentenced to two days of community service.

Court systems in other nations have not been as lenient. For example, British courts have sentenced one juror to six months in jail for doing online research in a criminal case and sharing what she found with fellow jurors, and another juror to eight months for exchanging messages on Facebook with a drug defendant.

According to news reports, Circuit Judge Nancy Donnellan was particularly incensed by that post, as well as by the juror, Jacob Jock, showing up nine minutes late for this trial on the contempt charge.

"Freedom is not free," Judge Donnellan told Jock as he was sentenced, according to WTSP-TV. "It comes with responsibilities and duties, one of the most important of which is to serve as a juror when called. ... You were called, and you thumbed your nose at it." (video)

During the trial, Jack said that the friend request was a mistake. After he was asked in court if knew any of the parties, he searched on Facebook to see if he was "friends" with any of them. He found that the defendant was not his "friend," but that he and she did have mutual friends. He claimed that he tried to click on the "mutual friends" link to see who they were, but mistakenly clicked the "send friend request" button instead. (I recently made the same mistake, but quickly found a button to rescind the friend request before it was accepted.)

Florida has rather detailed jury instructions for criminal trials which admonish jurors from using the Internet, social media, or electronic devices and services to research or discuss the case or their jury service. As Judge Donnellan pointed out during sentencing (video), the jury was read these instructions at least three times during the case. But the rules do not specially mention "friending" the parties, lawyers, or others involved in a case.

While most courts now have modern jury instructions which tell jurors not to use the Internet or social media during trial, it is increasingly apparent that these instructions must specifically mention particular web sites and services, and should also include a rationale and explanation for the restrictions that will counteract the habit of "digital natives" to constantly communicate, research and "share" online.