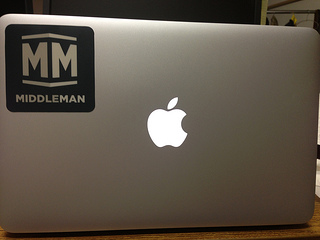 A federal jury's verdict awarding $338,000 to former Cincinnati Bengals cheerleader and high school teacher Sarah Jones over postings on thedirty.com website may lead to a re-examination of the scope of the law that web site operators have widely invoked to claim immunity from legal liability for postings by users.

Jones sued over postings on the site in 2009 which accused her of having a sexual disease and claimed that she "has slept with every ... Cincinnati Bengal football player." (Jones has had other problems: last year, she pleaded guilty to charges stemming from a sexual relationship with with one of her students. She was sentenced to five years probation and barred from teaching; she is now engaged to her former student.)

Section 230 of the Communications Decency Act, 47 U.S.C. § 230, provides that operators of "interactive computer services," including web sites, cannot be held liable for material contributed (posted) by someone other than the site operator. Thedirty.com attempted to get Ms. Jones' case dismissed under section 230, but the trial court denied the motion, and the Sixth Circuit Court of Appeals rejected an appeal of this decision based on the interlocutory nature of the trial court's order. Jones v. Dirty World Entertainment Recordings, Inc., 840 F.Supp.2d 1008, 40 Media L. Rep. 1153 (E.D. Ky. Jan. 10, 2012), appeal dismissed, No. 12-5133 (6th Cir. May 9, 2012). At the time, the appeals court held that "[the defendants] have failed to demonstrate how a substantial public interest will be imperiled by delaying their appeal until after the district court enters a final order." I disagreed.

The case was retried after a deadlocked jury resulted in a mistrial in January. This time, the jury reached a verdict in favor of Jones after two days of deliberation.

In thedirty.com's reaction to the verdict, the site's lawyer states that "it is the first time since 1996 that a website owner has been held responsible for content posted on the site by an unrelated third party," and that thedirty.com will appeal on the basis of section 230.

[I]f Judge Bertelsman’s ruling on the CDA [is] allowed to stand, it would open the door for a flood of lawsuits against every website that allows user-generated content. We are confident, however, that his ruling will be reversed in its entirety, thus protecting website owners from claims over user-submitted content.

While courts have widely applied section 230 to protect website operators, two federal appeals courts (the Ninth Circuit in Fair Housing Council of San Fernando Valley v. Roommates.com, 521 F.3d 1157 (9th Cir. 2008) (en banc), and the Tenth Circuit in Federal Trade Commission v. Accusearch, 570 F.3d 1187 (10th Cir. 2009)) have rejected immunity under section 230 where a website "specifically encourages" the content. In the Roommates.com case, the court held that the website could be sued for illegal housing discrimination because it provided checkboxes allowing website users to select various racial and other categories of potential roommates. (Although, in the end, the website was found not liable. See Fair Housing Council of San Fernando Valley v. Roommate.com, LLC, 666 F.3d 1216 (9th Cir. Feb. 2, 2012)). In the Accusearch case, the appeals court held that a website providing access to phone records in apparent violation of federal wiretapping law was not immune from prosecution by virtue of the the fact that the phone information was provided by third parties.

In her case, Jones claimed that the website and its owner Nik Richie (né Hooman Karamian), encouraged the posts with the overall content of the site, and with his comments reacting to the posts on the site. Thedirty.com claimed that it simply published material posted to the site by its users. As stated above, the trial court rejected this argument.

Opprobrious sites such as thedirty.com have been decried, and have led to some calls for revisions to section 230. Now, an appeal in the Jones case will provide the Sixth Circuit opportunity to define -- and, perhaps, redraw -- the boundaries of protection that the statute provides to website operators.

The Sixth Circuit has released its opinion, holding that  "[b]ecause Dirty World and Richie did not materially contribute to the
illegality of those statements, [section 230] bars Jones’s claims." Jones v. Dirty World Entertainment Recordings, Inc., No 13-5946
(6th Cir. June 16, 2014).