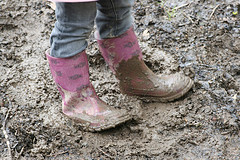 Yesterday, the Digital Media Law Project joined an all-star cast of organizations (including the American Civil Liberties Union, the ACLU of Kentucky, the Electronic Frontier Foundation, the Center for Democracy & Technology, the Public Participation Project, and Wendy Seltzer and Adam Holland of Chilling Effects) in filing an amicus brief in Jones v. Dirty-World Entertainment Recordings, LLC, a case currently pending before the U.S. Court of Appeals for the Sixth Circuit.

The Jones case -- which will be familiar to readers of the DMLP blog -- involves defamation claims leveled at gossip website TheDirty.com and its owner, Nik Richie, arising out of user comments regarding the plaintiff's sexual behavior. The case caught the public's attention because of the salacious nature of the content at issue and Nik Richie's history of provocative behavior. In legal circles, however, the case raised eyebrows because of the federal district court judge's repeated rejection of the defendants' attempt to rely upon Section 230 of the Communications Decency Act.

Section 230, a federal statute, bars treating providers of interactive computer services as "the publisher or speaker of any information provided by another information content provider"; the statute is commonly interpreted to protect websites against liability for user comments and other user-generated content. But the judge held that the user comments at issue in Jones had been shaped by the defendants' encouragement of "dirty" content on TheDirty.com, to the extent that the site and its owner could be treated as the developer of that content. Thus instructed, a jury found TheDirty.com and Richie liable for defamation and awarded the plaintiff $338,000 in damages.

To be sure, there are much more sympathetic defamation defendants. TheDirty.com often seems like a dubious experiment in social control through public shaming; at its worst, its users appear to revel in such behavior. The site sometimes seems to be begging for a lawsuit, and indeed the Jones case isn't the only one the defendants have faced. But there's nothing on the site that requires or encourages users to submit false content, and that's the problem. If TheDirty.com's encouragement of potentially damaging content is enough to trigger liability when a user crosses the line and submits unlawful material, it would threaten the existence and future development of a wide range of online initiatives that rely on user submissions to track important issues.

Many sites gather user reports on issues of vital public importance, including consumer fraud, child abuse, price gouging, sanitation conditions, and health care costs (just to name a few). Consumer review sites such as Yelp and TripAdvisor collect data that is perhaps less vital, but nevertheless of significant public interest. This is information that can be extremely difficult to gather through traditional means, making crowdsourcing an important tool. It is also, however, information that has the potential to damage the reputations of individuals and businesses. If the user submissions are accurate, then there is no legal issue; even if the information is damaging it would be protected by the First Amendment. But there is always a possibility that users acting out of spite could use these platforms to submit knowingly false reports.

If TheDirty.com can lose its Section 230 protection for soliciting damaging but not necessarily unlawful content, it is difficult to see why these more salubrious sites would not also fall outside Section 230's protection. That, in turn, would put these sites in the likely impossible position of needing to determine the accuracy of individual reports. (It is worth noting that the fact that particular reports might be false does not significantly undermine crowdsourcing efforts that derive their value from aggregate trends in data, because discrete inaccurate reports tend to be swamped by accurate information. This concept of information quality does not, however, have a ready parallel in traditional defamation law.)

The DMLP and the other amici on the brief are arguing for the reversal of the district court judgment in order to protect those using the Internet to gather data of public importance and to ensure that online forums remain available to individuals who wish to share such information. And luckily, the strong trend of Section 230 case law from around the country is that a website only loses protection when it contributes to what is unlawful -- and not merely hurtful or distasteful -- about user content.  Hopefully the Sixth Circuit will follow that trend, so that the unique benefits of the Internet for sharing information are not undermined by one judge's repugnance for one outrageous website.

Jeff Hermes is the Director of the Digital Media Law Project. He would like to thank DMLP Assistant Director Andy Sellars, Harvard Law School Cyberlaw Clinic Managing Director Christopher Bavitz, and DMLP Intern Jillian Stonecipher for their contributions to the amicus brief.