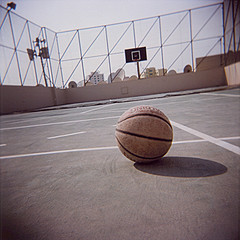 A Tulsa, Oklahoma girl and her mother are suing Booker T. Washington High School and Twitter, alleging that another member of the daughter's basketball team held the daughter while another teammate took pictures of her in her underwear, and sent the photos as tweets.

The lawsuit says that several other children at the school received and re-tweeted the photos, leading to harassment of the victim. The suit, which also names the teammates and their parents as defendants, seeks damages of at least $75,000.

Against Twitter the claims are negligence, intentional infliction of emotional distress and invasion of privacy. The suit claims that Twitter owed the victim and her mother "a duty ... to use reasonable care in the administration of its website so as to prevent the publication of photographs of minors while undressing, particularly when said photographs are posted on Defendant's website by multiple users over the course of several weeks."

The claims against the other defendants may be viable, but the claims against Twitter will almost certainly be dismissed under section 230 of the federal Communications Decency Act (47 U.S.C. § 230). The law, passed back in the early days of the Internet when Compuserve and America Online were the dominant Internet services, provides that "No provider or user of an interactive computer service shall be treated as the publisher or speaker of any information provided by another information content provider." 47 U.S.C. § 230(c)(1).

In plain English, this means that Internet sites and services cannot be held legally liable for material posted by their users. (There is an exception for copyright and other intellectual property claims; copyright claims are covered by another statute.)

The idea behind that law is that websites cannot possibly monitor postings by millions of users. In October, Twitter announced that there were 500 million tweets posted each day.

The courts have applied the law broadly: for example, to a website whose users posted videos of undressed athletes. Section 230 will certainly apply to the negligence claims against Twitter in Tulsa, which should mean that they will quickly be dismissed.