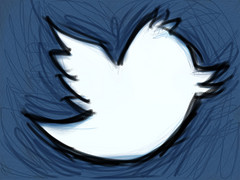 The Arkansas Supreme Court has reversed a murder conviction – and death sentence – in a case where one juror tweeted during trial, while another fell asleep. Both these problems, the court said, constituted juror misconduct requiring reversal and a new trial. Erickson Dimas-Martinez v. State, 2011 Ark. 515 (Dec. 8, 2011).

While the court said that the dozing juror alone required reversed of the conviction and sentence, the court added that the second juror's tweets also required a reversal.

The Supreme Court was particularly concerned about one of the juror's tweets, “Its over,” sent 50 minutes before the jury informed the court that it had agreed on a sentence. As a result of this tweet, the court said, followers of the juror's Twitter feed – including, the court said, at least one journalist (with the online magazine Ozarks Unbound) – "had advance notice that the jury had completed its sentencing deliberations before an official announcement was made to the court."

Dimas-Martinez's lawyers also pointed out that the tweeting juror tweeted during trial despite continued admonitions to the jury throughout the trial warning them not to do so, and that he continued tweeting after the trial judge specifically told him to stop after defense lawyers discovered an earlier tweet. (That one said, "Choices to be made. Hearts to be broken. We each define the great line.")

The case raises the question of whether admonishing jurors to not use the Internet and social media is effective. The Arkansas Supreme Court expressed its clear concern, and suggested that measures more drastic than admonitions may need to be taken:

[W]e take this opportunity to recognize the wide array of possible juror misconduct that might result when jurors have unrestricted access to their mobile phones during a trial. Most mobile phones now allow instant access to a myriad of information. Not only can jurors access Facebook, Twitter, or other social media sites, but they can also access news sites that might have information about a case. There is also the possibility that a juror could conduct research about many aspects of a case. Thus, we refer to the Supreme Court Committee on Criminal Practice and the Supreme Court Committee on Civil Practice for consideration of the question of whether jurors’ access to mobile phones should be limited during a trial.

It is worth noting that while the jurors in this murder trial were told not to tweet about the trial, it does not appear, based on the admonitions repeated in the Arkansas Supreme Court's decision, that they were told why. This is despite the fact that the state's model jury instructions for criminal cases includes a lengthy discussion of the subject: After stating that "You must decide this case only on the evidence presented in the courtroom," Ark. Model Jury Instr., Civil 101 (Dec. 2010), the model instruction goes on to state that:

All of us are depending on you to follow these rules, so that there will be a fair and lawful resolution to this case. The parties have entrusted their case to you and to no other person or entity. If you become aware of any violation of these rules you must notify court personnel of the violation.

Such full explanations of the possible consequences of jurors tweeting, texting, and using other social media and the Internet during trial are probably going to be the only way that the courts will be able to deal with this growing issue. Futile attempts to keep the electronic equipment out of the courthouse, or adopting unrealistic rules limiting their use, is not going to put the electronic genie back in the bottle.

(Image courtesy of Flickr user shawncampbell under CC BY 2.0 license.)