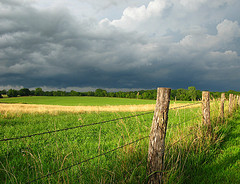 I've already written several posts about the overblown predictions that a ruling involving an Oregon blogger (now on appeal) would have dire consequences for bloggers in that state. But a recent decision by Iowa's Supreme Court on who can be considered "news media" under Iowa law may truly endanger bloggers and other online contributors in the Hawkeye State.

The issue is that the Iowa Supreme Court decided to maintain the distinction in Iowa state law between "media" and "non-media" defendants, with the latter being easier to sue for some types of libel.

Bierman v. Weier, No. 10–1503, 2013 WL 203611 (Iowa Jan. 18, 2013) is a libel suit based on Scott Weier's memior, Mind, Body and Soul, which focuses on Weier's personal transformation after his divorce from plaintiff Beth Weier. In the book Scott Weier alleged that Beth suffered from mental illness because her father, plaintiff Gail Bierman, had molested her as a child.

The trial court's denial of summary judgment for Author Solutions (ASI) were based on its determination that the company was not a media defendant. "ASI is not the New York Times, or any other media entity," the trial court held. "Rather it is a business which contracts to publish documents for private authors. And while its authors may, in some instances, have first amendment rights, the rights retained by ASI have nothing to do with the First Amendment."

The distinction between media and non-media defendants is a crucial one under Iowa law. As explained by the trial court, "... ASI should be treated here as any other private defendant would be in a libel per se action. Accordingly, the elements of falsity, malice, and damage can be presumed as to ASI and the only element the Plaintiffs would have to prove is publication." But as explained by the Iowa Supreme Court, "[w]hen the defendant is a media defendant, we have said that presumptions of fault, falsity, and damages are not permissible, and thus the common law doctrine of libel per se cannot apply."

Scott Weier did not claim that he was a media defendant before the trial court, but made this argument when he and Author Solutions appealed to the Iowa Supreme Court.

The Iowa Supreme Court, in a majority opinion by Justice Edward Mansfield, began by reviewing the history of libel law in Iowa, both before and after the U.S. Supreme Court ruled in New York Times v. Sullivan that state defamation law was limited by the First Amendment. But in Iowa cases involving libel per se, the Sullivan ruling was held to apply only when the defendant was deemed to be a media entity. As summarized by the court, "A media defendant benefits from the bar on presumed damages and the requirement to prove fault and falsity, whereas a nonmedia defendant is subject to presumptions of damages, falsity, and malice if a traditional case of defamation per se has been established."

The court then reviewed the arguments against retaining libel per se and the media/non-media distinction in Iowa law, and declined to make any changes. As to the media/non-media question, the court's majority wrote that the emergence of the Internet, rather than making the distinction obsolete, had actually made it more important to retain the different standards:

In recent years ... the Internet and social media have evened the playing field somewhat, by giving individuals with access to a computer a ready platform for spreading falsehoods or engaging in cyberbullying. Yet unlike the media, these individuals may have fewer incentives to self-police the truth of what they are saying. For example, they may speak anonymously or pseudonymously. Also, because they are not in the communications business, they may care less about their reputation for veracity. In short, as compared to a generation ago, nonmedia defendants may have a greater capacity for harm without corresponding reasons to be accurate in what they are saying. This is a justification for retaining our media/ nonmedia distinction

Justice David Wiggins wrote an opinion concurring with the result, but chided the majority for "bypass[ing] an important opportunity to articulate a test or factors that would assist our courts and attorneys in identifying a media defendant in future litigation. ... By not providing a test or factors, the majority fails to perform one of our primary functions and gives credence to the dissenter's argument that technological developments in communications and the proliferation of new electronic media will make it difficult, if not impossible, to distinguish between media and nonmedia defendants."

What does this mean for bloggers in Iowa? Without a clear definition of who qualifies a "media defendant," they could likely be held to be non-media defendants under Iowa law. Although Scott Weier wrote his comments in a book that he paid to get published, his writings are not all that different from what many others write in blogs and other online media.

(Photo of a thunderstorm brewing in Iowa courtesy of Flickr user OakleyOriginals pursuant to a Creative Commons CC BY 2.0 license.)