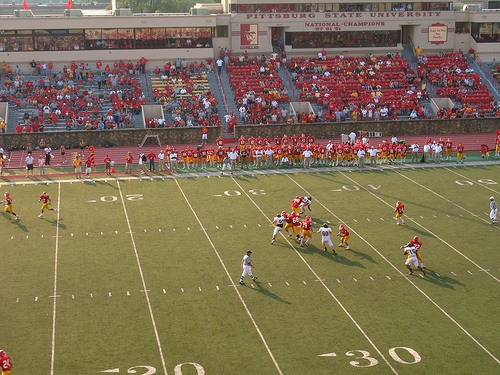 Yet another lawsuit that probably should never have been brought has been dismissed due to Section 230 of the Communications Decency Act ("Section 230"), despite the court’s earlier indulgence in allowing the plaintiff to amend her complaint and get a second bite at the apple.  The case is Goddard v. Google, Inc., and in his July 30 opinion Judge Jeremy Fogel reconfirmed that Section 230’s protections are broad, while indicating that the Ninth Circuit’s ruling in Fair Housing Council of San Fernando Valley v. Roommates.com, LLC, 521 F.3d 1157 (9th Cir. 2008) (en banc) should be construed narrowly.

The Goddard case involved an individual who clicked on allegedly fraudulent advertisements for mobile subscription service providers (MSSPs), resulting in unauthorized charges to her cell phone bill.  She claimed that Google was complicit in the alleged fraud because its AdWords program helped generate the keywords used in the offending advertisements.  Although she lodged a variety of claims against Google, including money laundering, breach of contract, and negligence, as the court noted, "each of Plaintiff's claims, as currently pled, is premised fundamentally on Google's publication of the AdWords advertisements."

Although not a stereotypical Section 230 case, it seemed fairly straightforward that Google would be granted immunity under the statute.  Judge Fogel recognized this, which is why he granted Google's first motion to dismiss.  So why did he give the plaintiff leave to amend?

Judge Fogel explains his decision in the following manner:

[T]here may be instances in which an internet content provider will be considered "'responsible' at least 'in part' for [posted third-party content] because every [posting] is a collaborative effort" between the internet provider and the third-party content provider. Fair Housing Council, 521 F.3d at 1167.  If Plaintiff could establish Google's involvement in "creating or developing" the AdWords, either "in whole or in part," she might avoid the statutory immunity created by § 230.

The citation in the passage is to the Roommates decision, thought by some to be the Achilles' heel of a Section 230 defense — although, like the ancient Greek hero's weak spot, it covers only a very small part of the body of law in this area.  The statutory text of Section 230 is clear in providing broad immunity from liability to any provider or user of an "interactive computer service" (ICS) for publishing content provided by a third-party "information content provider" (ICP).  If the ICS provider/user is itself an ICP of the objectionable content — defined as "any person or entity that is responsible, in whole or in part, for the creation or development of [that] information" —  then it cannot benefit from Section 230 immunity.

In Roommates, the Ninth Circuit expanded the definition of ICP by holding that an intermediary is involved in "development" of content if it "materially contribut[es] to [the content’s] alleged unlawfulness."  Crucially, however, Roommates itself addressed a very narrow, fact-specific situation — a fact that most judges appreciate (see Eric Goldman's Roommates scorecard), but many plaintiffs' lawyers choose to ignore.

Roommates involved the profile-creation system of the eponymous website, which required users to answer questions about themselves and their roommate preferences using pre-populated answer choices.  Most (perhaps all) of the profiles made using these choices divulged personal information and preferences that violated the Fair Housing Act (FHA).  The problem for Roommates.com was that these fields were mandatory, and the court determined that the website therefore contributed to the development of its users' discriminatory answers.  The court faulted the website for asking discriminatory questions and then making "answering  the discriminatory questions a condition of doing business," noting as an example that a broker cannot say to a potential client "tell me whether you're Jewish or you can find yourself another broker," even on the Internet.

In contrast to the forced choice presented to Roommates.com users, in Goddard's case Google merely provided an algorithm that suggested potentially more lucrative AdWords keywords to advertisers.  Goddard's attempt, in her amended complaint, to fit her claims within the Roommates "development" framework is a masterpiece of twisted logic and false assumptions.  She alleges the following:

As Google put it (in what Judge Fogel calls an "apt paraphrase"), Goddard is alleging "that Google's mathematical algorithm 'suggests' the use of the word 'free' in relation to 'ringtone' as a means of attracting more visitors to [the MSSPs'] sites, and that MSSPs whose offerings are not actually free are literally powerless to resist."

This is still a far cry from Roommates, where users could not use the service at all without providing illegal answers to illegal questions.  In my opinion, there is no way one could say that Google "contribut[ed] materially" to the alleged unlawful activities of the mobile subscription service providers.

Judge Fogel seems to agree, having granted Google's second motion to dismiss.  He held that Google's AdWords program was merely a "framework that could be utilized for proper or improper purposes" and that Google did not "elicit[] the allegedly illegal content and make[] aggressive use of it in conducting its business."  In denying Goddard a chance to amend her complaint once more, he said "Google must be extricated from this lawsuit now lest [Section 230's] 'robust' protections be eroded by further litigation."  After letting an obviously dead lawsuit drag on for an extra seven months — Eric Goldman noted that "the writing is on the wall for this lawsuit" after the initial dismissal — it is somewhat ironic that Judge Fogel should remark on the pernicious effect of drawn-out litigation.

This is not the first time a plaintiff has filed suit relying on Roommates in a questionable attempt to circumvent Section 230 immunity, to no avail. Roommates may no longer be the bogeyman of Section 230 jurisprudence, but its complicated analysis and loose language still make it a good "Hail Mary" for desperate plaintiffs.  It is encouraging to see yet another court lower the boom on this tactic, if perhaps belatedly.

(Lee Baker is a rising second-year law student at Harvard Law School and a CMLP legal intern.  According to Google's sponsored links, he is available for a low price at Amazon.com.)