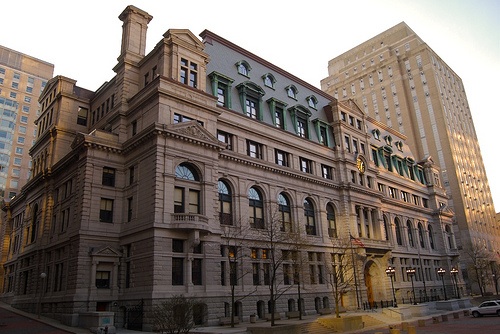 The brief was filed in support of Freda Hollander, a reporter for the Regional Review, a free local newspaper serving the North End community in Boston. The lawsuit involves allegations of defamation based on a series of articles in which Hollander reported on meetings of community groups that opposed development activities planned by the plaintiff, Steven Fustolo.  In response to Fustolo’s lawsuit, Hollander filed a special motion to dismiss under the Massachusetts anti-SLAPP law, Mass.Gen. Laws ch. 231, § 59H.

The Massachusetts anti-SLAPP statute protects a party from strategic lawsuits against public participation (SLAPPs) by allowing that party to have a case dismissed at an early stage in the litigation and to recoup attorneys’ fees and court costs.  The anti-SLAPP law applies if the underlying lawsuit is based on a party’s “exercise of [the] right of petition under the constitution of the United States or of the commonwealth.”  Despite the statute’s applicability to a broad range of petitioning activities, the Superior Court denied Hollander’s motion, claiming that, as a paid reporter for the Regional Review, she fell outside of its scope.

During oral argument on Monday, the Justices of the SJC seemed skeptical about both sides’ arguments.  The Justices expressed concerns that Hollander’s interpretation of the statute would give media outlets carte blanche to engage in defamation, while Fustolo’s interpretation would narrow the law’s scope to the point where it would cease to cover almost any petitioning activity other than direct appeal to a government official or body.  In addition, the Justices sought clarification on whether protection under the anti-SLAPP statute should hinge on the reporter's subjective personal stake in the matter being reported on, and whether editorial content and factual reporting should be treated differently under the statute.

You can view a webcast of Monday's oral argument on Suffolk University Law School's digital archive of SJC oral arguments.

It is notoriously difficult to predict how a case will turn out based on the oral arguments alone. CMLP hopes that the Justices will give serious consideration to the arguments raised in the amicus brief and ultimately reject a categorical rule that would deny anti-SLAPP protection to the petitioning activity of paid staff acting on behalf of an organization—whether part of the news media or an advocacy group.  A ruling is expected sometime in January 2010.