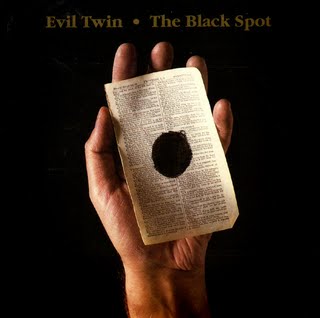 “’It isn’t fair, it isn’t right,' Mrs. Hutchinson screamed, and then they were upon her.”
- The Lottery, Shirley Jackson

In The Lottery, Shirley Jackson explored the interplay of the banal and the barbaric. She described a town’s old-fashioned agrarian ritual: an individual who has drawn a slip marked with a black spot is stoned to death in order to ensure a good harvest. While many filmmakers have attempted to update the story, their efforts were ultimately unnecessary – we bear witness to a similarly atavistic ritual.

The entertainment industry is a superstitious animal. Since I can remember, it has held a lottery: selecting at random file sharers to pelt to death with stones marked TORT and BREACH. Though the human sacrifice doesn’t seem to do much, the industry has continued the practice year after year. This is how it had always been. Though peculiar, this practice seems to elicit only mild revulsion in outsiders.  That is, until last week, when the lottery suddenly changed .  .  .

The MPAA ended up sacrificing an entire city block. The town of Coshocton, Ohio shut down the municipal WiFi around its courthouse because a single user had drawn the black spot and downloaded a copyrighted movie.  The MPAA sent a “breach notice” to OneCommunity (the local ISP), which in turn notified the county’s Technology Department.  And a short time later, the Muni WiFi was gone.

This whole story is interesting for several reasons:

I’d like to touch on these points briefly, but I think the more important implication of this story is that it highlights the way businesses and governments can use the excuse of breach notices to eliminate or curtail public access to the Internet.

While all of this is interesting, I’m more worried how the providers of free Internet service (think coffee shops, libraries, and muni WiFi) could use threats like those from the MPAA lottery, to pull down or severely limit access.

The very fact that Coshocton had any sort of Muni WiFi is interesting. The last of the big Muni WiFi projects ended in 2008. These projects cost quite a bit of money and just didn’t make sense for cash-strapped cities. At the same time, coffee shops have explored ways to limit Internet use, either by covering up electrical plugs or by turning baristas into “use cops.” This may be the one time I actually prefer Starbucks.

Against that backdrop, don’t MPAA threat letters provide entities with the perfect cover (political and economic) to pull down, cripple, or wall off their networks? While I believe Coshocton wanted to keep its WiFi, it would not surprise me to discover that the service was costing the government more money than it was willing to shell out. Now the service is gone and the entire Internet is blaming the MPAA.

The United States already suffers from an abysmal lack of public Internet access. Our tolerance for the MPAA lottery (a ritual that many commentators feel serves little to no purpose) could force/encourage our few public providers to eliminate or throttle Internet access. Though we enjoy the whimsical concept of putting someone in the Wicker Man for downloading The Wicker Man, perhaps its time to abandon the old ways.

(Andrew Moshirnia is a second-year law student at Harvard Law School and a CMLP blogger. He was disappointed to learn that The Lottery has no clues on winning the lottery at all but is in fact a chilling tale of conformity gone mad.)

The MPAA's sacrifice was found wanting. The industry kindly requested that the town turn its WiFi back on. The MPAA offered to install tools that would prevent future piracy.