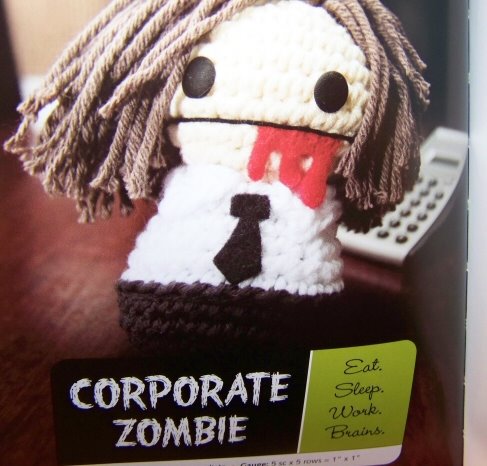 Between sparkling vampires and slobbering zombies, the Undead have found new life at the box office these days. So it makes sense that the MPAA, inspired by the success of the long deceased, has decided to resurrect the odorous, oft-defeated idea of “selectable output control.” We can only hope and pray that the FCC will shoot this idiotic (but dangerous) idea in the head, and grant consumers a brief respite (before the inevitable sequel). For those of you who are unaware of the movie industry’s idiotic plan to castrate and consume your DVR, allow me to shine a light on the lumbering terror.

The Movie Industry has never been fond of video recorders. The studios tried to strangle the VCR in the crib, claiming that the initialed monster would lead to widespread pirating and people watching movies GASP at home. See, Sony Corp. of America v. Universal City Studios, Inc., 464 U.S. 417 (1984).  The movie studios “lost” that case and ended up reaping record profits from the resulting video rental market.

Never one to learn from its mistakes or to blindly accept the benefits of accidental success, the MPAA has been trying to cripple the Digital Video Recorder. The Industry wants to prevent DVRs from recording certain movies broadcast on television. The MPAA claims that in order to provide consumers with the ability to see new movies from the comfort of home, the industry must first scramble the video stream and break consumers’ DVRs. Oh, and the switch to a new scrambled signal will also break some home video systems.

So what justification does the MPAA offer for its plan to take the R out of DVR and wreck 11 million home theaters? Why the magic word of course: Piracy.

You see, the movie industry wants to make its movies available to all those consumers who can’t make it to the theater: the terminally ill or differently abled. And all it asks for this kindness is a handsome fee of course. But, gosh-darnit, it can’t (simply can't) offer this service to the masses because pesky pirates will tap the video stream and then the movie would be available on BitTorrent.

But wait, aren’t pirated movies already on BitTorrent? And how do the goals of anti-piracy measures (now rechristened “content protection”) justify destroying or disabling the devices that consumers have already purchased?

I suppose it is some comfort that the FCC also appears to have asked these questions and has rejected this proposal numerous times. After the debacle that was the digital transition, I’m sure the FCC is going to steer clear of format changes and bewildered consumers.

Imagine the political fallout of allowing a company to intentionally destroy or disable another brand of devices in order to grow a new market. The MPAA can’t pull the same tricks Amazon can with the Kindle or Apple can with the iPhone – namely, crippling a tethered device or selectively killing apps. The MPAA doesn’t sell home theaters, so it has no unconscionable terms of service to hide behind. Instead, it is meddling with the contracts/service of numerous, fairly powerful consumer electronics providers (and the lingering movie theater owners). And you better believe that those companies would be none-too-pleased if they lost market share because their devices suddenly didn’t work.

The MPAA hasn’t thought this through. The MPAA doesn’t need the help of a government actor at all. It could easily address its piracy concerns by simply rolling that risk into the cost of television licensing or pay-per-view fees.

Furthermore, the entire Industry’s approach to piracy prevention spurs pro-piracy education. The high profile attempts to quash DeCSS, the DVD decrypter, have served only to publicize the program, encourage creative diffusion, and embarrass the MPAA. By focusing on all the ways pirates could be pirates, the Industry is putting on a clinic. Imagine if the government decided to stress the importance of anti-terrorism by producing a series of educational films detailing the structural weaknesses of tall buildings.

Though it should be obvious to everyone that this scheme is DOA, the MPAA refuses to bury the plan. But how do you kill that which has no life? All we can do is hope that the FCC is constantly vigilant and sleeps next to a policy-killing shotgun.

(Andrew Moshirnia is a second-year law student at Harvard Law School. He was bitten by a homeless man a few hours aggo andd feels ooddd dasl;kakldjsdk123nsafr94wnkasd9e3w)