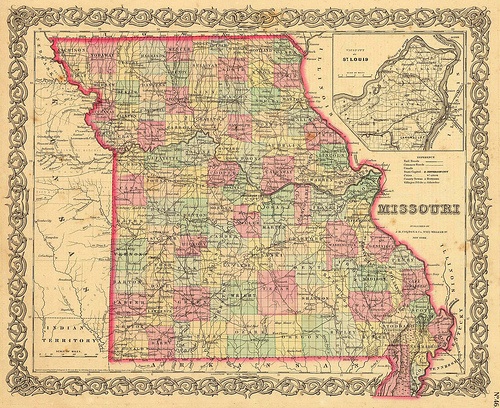 On the broad grade-school spectrum of the bullies and the bullied, I tended to fall closer to the bullied side of things.  Fortunately, I quickly proved taller than average — thus harder to intimidate — and smarter than average — thus more useful as a source for homework help than as a target for abuse — so the bullies moved on to other targets.  Still, although not subjected to it much myself, I got to see a fair amount of bullying in my youth.

That's why I'm surprised that I can't think of a similar, non-Internet parallel for this Wired story about a new case of cyberbullying in Missouri.  Apparently a ninth-grade girl at the Troy Buchanan Ninth Grade Center put together a "disparaging" website attacking a fellow student, posting photos of her and calling her a "slut," among other "very troublesome" things.  The site creator even went so far as to register a domain name, which Wired writes, "included the target’s name and 'cunt.com.'"  (I suspect that an "isa" appeared between the two.)

Naturally, this is the sort of thing that schools crack down on.  Unfortunately for the spiteful girl in question here, it's now also the sort of thing that Missouri district attorneys crack down on — she was arrested by the local sheriff's department.  According to Wired, her case has been turned over to juvenile court prosecutors who will determine whether she will be charged with a crime.

Missouri was, of course, the scene of the events in the infamous Lori Drew case, in which Drew posed as a teenage boy on MySpace in order to humiliate Megan Meier, a thirteen-year-old classmate of Drew's daughter.  When the faux-boy told Meier that the world would be "better off without her," Meier committed suicide.  As a result, federal authorities indicted Drew and prosecuted her in federal court in California (where the MySpace servers are located) for violating the Computer Fraud and Abuse Act (CFAA), 18 U.S.C. § 1030.  Although the jury found Drew guilty of misdemeanor CFAA charges last November, the judge recently tossed Drew's conviction and dismissed all charges.

Troubled by the state's inability to deal with Drew's conduct under its own laws, the Missouri legislature amended its harassment laws last summer to incorporate new protections against cyberbullying.  It is presumably for violation of this law that the ninth grader was arrested.  According to the relevant portion of the Missouri Revised Statutes § 565.090 (1):

A person commits the crime of harassment if he or she . . . [k]nowingly frightens, intimidates, or causes emotional distress to another person by anonymously making a telephone call or any electronic communication; or . . . [k]nowingly communicates with another person who is, or who purports to be, seventeen years of age or younger and in so doing and without good cause recklessly frightens, intimidates, or causes emotional distress to such other person;

Mo. Rev. Stat. § 565.090 (2) makes harassment a class A misdemeanor, except in certain cases which don't seem to apply here.  Wired notes that Missouri has been quite proactive in enforcing the new law, racking up seven indictments in the first three months after the law was put on the books.

The Troy Buchanan situation is troubling on several levels.  Certainly, this girl should be punished for putting together the hurtful website.  Like I said before, I'm having real trouble thinking of any sort of analogous situation from my youth.  I suppose the closest thing would be if someone had put flyers up all over the school accusing a student of being a "cunt" or "slut."  No one at my school ever went to that much trouble to bully someone, but if they did, I'm sure they'd be guaranteed at least a lengthy suspension.  Not to mention whatever punishment the offender's parents might mete out.

But bringing criminal law into the equation seems extraordinarily heavy-handed.  Certainly, the girl's conduct appears to fall neatly inside the statute's parameters, but is it really an act in the same spirit as that of the Lori Drew situation?  I'd think that a great deal of schoolyard bullying would be caught up by the "recklessly frightens, intimidates, or causes emotional distress" language — heck, bullying's purpose is to intentionally intimidate or cause emotional distress.  But bullying, while antisocial and uncivilized, shouldn't necessarily be criminal.

On the other hand, one wants to protect the victim in situations like this, where the reputational and emotional damage can be far-reaching.  Though it's not clear from the Wired story, I suspect that the offender's parents did not approve of her actions.  But what if they didn't care, and the Missouri law weren't on the books?  If that were the case, it could prove quite difficult and costly to deal with the disparaging website.  The targeted girl would have to bring civil claims of defamation or intentional infliction of emotional distress against the offender and her parents.  That seems like a hammer almost as heavy as Missouri's criminal law.

Probably the best thing to do is to look at the way the world actually works.  And in non-legal world of schoolyard bullies, the bullies generally are kept in line through the oversight of the schools and the parents.  And they probably should be in this situation as well.  The online portion of the bullying certainly is a modern wrinkle, but with sufficiently tech-savvy parents or educators, criminal laws aren't necessary to prevent this kind of thing from happening.  Hopefully the authorities in Missouri will come to the same conclusion.  And perhaps the Missouri legislature should add a juvenile exception to Mo. Rev. Stat. § 565.090 to prevent this kind of issue from coming up again.