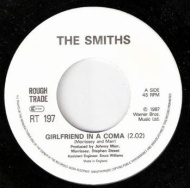 Under current U.S. copyright law (17 U.S.C. 504), the owner of a copyrighted work found to be infringed may seek "statutory damages" rather than actual damages. The minimum statutory penalty that a court may impose is $750 per work infringed unless the defendant can show he or she "was not aware and had no reason to believe that his or her acts constituted an infringement of copyright, [in which case] the court in its discretion may reduce theaward of statutory damages to a sum of not less than $200 [per work infringed]."

In the recent Second Circuit case,a music production company agreed to resell physical copies of two of the plaintiffs' albums, each containing ten songs.  The production company, in turn, contracted with a music wholesaler, Orchard, to distribute the albums "by any and all means and media (whether now known or existing in the future), including ... via the Internet."  Orchard initially sold only physical copies of the album, but later made individual songs on the albums available for purchase over the Internet, believing such distribution was allowed by the agreement.  The plaintiffs sued both Orchard and the production company for copyright infringement, asserting that they had only authorized physical distribution, and sought statutory penalties for each song.  The court held that although Orchard had infringed the plaintiffs' copyright by distributing the albums electronically without their permission, that infringement was innocent since Orchard had been assured by the production company that such distribution would not infringe any copyrights.  In addition, the court noted that under the copyright statute, "all the parts of a compilation ... constitute one work" and held that the ten songs on each album comprised a single work subject to the statutory penalty.  The court, therefore, assessed the $200 per work minimum innocent infringer statutory penalty only as to the two albums, not the twenty songs they contained, for a total penalty of $400 against Orchard.

This case is encouraging because the court concluded that someone who sincerely but erroneously believes he or she has permission to make a copy of a sound recording should not face the harshest penalties of the copyright statute.  Because the appellate court did not directly address the availability of the innocent infringer defense, the matter is not completely settled. (Unless a party to a lawsuit raises a particular argument on appeal the court will normally not consider that issue -- thus if the plaintiffs in this case did not argue that the innocent infringer defense should not be available because there was a physical CD with a copyright notice on it, the court will assume that it is an available defense.)  However, this case provides a glimmer of hope to residents of the states of New York, Connecticut and Vermont that if they accidentally infringe a copyright without meaning to they will not find themselves bankrupt by mindless application of the statutory penalties.

(Cross-posted from the Chilling Effects Clearinghouse.)