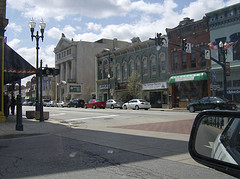 While today’s Occupy tents don’t obviously carry the same symbolic or historical meaning as the American flag, it’s a question I’ve been thinking about since it was posed recently by Dr. Cathy L. Packer, faculty director of the UNC Center for Media Law and Policy at the University of North Carolina-Chapel Hill.

And she is not alone.

As I listened to the Diane Rehm Show on NPR last month, Harvard Law School’s own Lawrence Lessig saw the situation similarly. "I don't think our framers – people who organized the conventions that produced our government – would even recognize the extent of legal regulation on the freedom of people to protest today," he said. Lessig urged Occupy protesters to make greater free speech rights one of the movement's goals.

Legal commentators point out that both large and small encampments of the Occupy movement have been shut down by municipalities on the basis of legal precedent set by the U.S. Supreme Court in 1984 in Clark v. Community for Creative Non-Violence. The Court in that case ruled that protesters against homelessness did not have the right to camp overnight in Lafayette Park and on the National Mall. And, of course, there are local precedents and customs that matter in such instances.

But does a case more than 25 years old apply now and under the circumstances the country finds itself? How exactly do we define reasonable time, place, and manner restrictions at a time of small but nationwide protests in towns that haven’t faced these challenges in a long time?

I wondered that last Thursday as I watched a small Occupy group in Bowling Green, Ohio, prepare to face arrest in the wake of a local order to remove their tents and “storage.” Organizers there talked about the tent as a symbol of the hardships faced by Americans, particularly in areas like Northwest Ohio, which has been especially hard hit by the nation’s economic crisis. The notion of “occupying,” as they explained it to me, was a symbol of their efforts to “reclaim the streets for Americans” and to “reclaim their government.”

When there has been little to no disruption in small-town Occupy encampments, I wonder whether it is reasonable for the police to intervene in a town like Bowling Green.

Due to the city's order, Bowling Green City police were expected to come in at noon last Thursday and request that protesters remove their one tent and their “storage.” The town told protesters they could remain in the area and hand out leaflets, but they could not keep their 24/7 encampment. A local reporter told me there has been one arrest for marijuana possession since the Occupy encampment in Bowling Green began Oct. 22. Otherwise, there have been no major disruptions to the small group vigilantly occupying the public spot between two commercial structures.

The police did not show up but protesters expressed concern that they would come to take down the tent once the cameras and media had packed up and gone home. The local police watched the group from a small camera across the street.

As I witnessed the peaceful group prepare for arrests that didn’t happen, I wondered about the symbol of the tent.

Watch these videos to judge for yourself what the tent means.

(The police finally did break up the encampment early this morning, Dec. 5, taking down the tent and arresting three protesters, according to The Toledo Blade.)