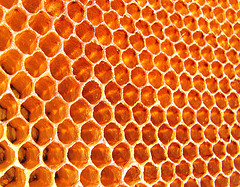 After enacting a colossally backward law in recent weeks that undermined Utah's open records law, the Utah government is now considering a repeal of the bill that earned Utah the Society of Professional Journalists' inaugural Black Hole Award, which goes to "the most heinous violations of the public's right to know."

It's an odd situation.  Just two weeks after he signed HB477 into law, Governor Gary Herbert came out with a commentary in The Salt Lake Tribune calling for the bill's repeal, and promising a special session of the legislature to do so.  The Utah House has endorsed the special session idea, according to the Cache Valley Daily.  And the Utah Senate, where the bill passed twice before in votes of 21 and 23 senators out of 29 in favor, now appears to be close to voting for its repeal.  The Deseret News reports 12 senators have said they will vote for repeal, with 15 needed to make a majority.  Considering just two weeks ago these bodies were enthusiastic in affirming HB477, we're looking at quite the turnaround.

Certainly, Governor Herbert is right when he says that "HB477, both in process and substance, has resulted in a loss of public confidence."  The process that brought this bill, which revises the Government Records Acess and Management Act (GRAMA), into law appears rife with oddity and irony.  The bill only was made public 48 hours before it came to a vote in early March, reports the Associated Press, as it was crafted in Republican legislative caucuses that were closed to the public and the press.  (Rep. Kraig Powell, a Republican legislator who has come out opposing HB477 after voting for it twice, says that using closed caucuses to craft legislation is unfortunately the norm in Utah.  More on Mr. Powell later.)  Once announced, the bill was speedily rushed through committee, the House, and the Senate with overwhelming support (61 yeas out of a possible 75 in the House, 21 out of a possible 29 in the Senate) and without public debate.

So what does this bill, which Governor Herbert originally said "provides a way to find the right balance between the public’s right to know and the personal privacy of both constituents and policymakers, while protecting taxpayer dollars," actually do?  It appears to throw up three significant roadblocks to public records access.

First, the bill sets several categories of records and entities outside the reach of public access.  Most notably among the documents no longer considered "records" are voicemails, IMs, text messages, and video chats (lines 536-47 in the final bill). This is particularly troublesome, considering how much government work is now done electronically.

Next, the bill jacks up the fees the government may charge those who seek public records (621-741).  For the most part, these increases are the actual costs of the government workers who find and copy the documents.  Thus, it's not an unreasonable change, though most likely it will dissuade some inquirers who have legitimate interest in the documents - an undesirable result from a pro-sunshine standpoint.

Finally and most significantly, the bill makes it more difficult for the public to overcome a government official's denial of access.  GRAMA sets out a presumption in favor of records being public, with a three-tiered process of appeal should a government official deny a public record request.  But whereas before in the appeal process, the burden was on the government to show that it had legitimate reason for the denial, HB477 inverts the burden to the detriment of the public.

Prior to HB477, GRAMA called for the entity hearing the appeal to order the records' disclosure "if the interests favoring access outweigh the interests favoring restriction of access."  (Utah Code Ann. § 63G-2-401(6) (2010).  This particular section refers only to review by heads of government entities, but is largely identical to the standards of review for the records committee, § 63G-2-403(11)(b), and district court judges, § 63G-2-404(8)(a).)

The new language explicitly puts the burden squarely on the requestor of the document, by permitting the release "only if the person or party seeking disclosure of the record has established that, by a preponderance of the evidence, the public interest favoring access outweighs the interest favoring restriction of access."  (HB477 at lines 1559-62.  Again, this language is largely the same as the revised standards of review for the records committees, at 1661-63, and for judges, at 1755-58.)

This turns the presumption favoring the release of public documents on its head.  With HB477, no matter what the government official's reason for the denial of release, the public petitioner has to prove that release is in the public interest - despite the presumption that government documents belong to the people, and should be accessible accordingly unless the government can show reason otherwise.  HB477 doesn't change the rules at the front door where the public submits its requests, but by shifting the burden, government agencies can now deny records requests with impunity, since they know this heightened standard will apply to any review of their own decision.

Apparently the legislature had at least nominal concerns about the lack of sunshine on their "sunshine" bill, as they called it back for revision before sending it to the governor.  But oddly, their only tweak before overwhelmingly approving the bill again was to push back its implementation until July 1.  Or as Governor Herbert said when he signed it (per The Salt Lake Tribune):

“With HB477 now amended [to take effect July 1], the delayed implementation date allows us to have an open public process with robust, deliberate engagement by the public, the media and lawmakers.”

"Law first, debate afterwards" isn't quite as bad as the Queen of Heart's logic, but it's alarmingly close.  Certainly, Utah residents are none too pleased, as the Tribune reports the governor received almost 600 pages of emails criticizing the legislature, the speed of the bill's passage, and the governor's failure to veto HB477.

What's particularly nettlesome about this sequence of events is that it may have involved just the sort of backroom dealing and threats that sunshine laws stymie.  Representative Powell, as mentioned above, voted for the bill both on its initial pass through the House and its return trip once the delay to July was added.  But after the governor signed the bill, Powell told the press that he felt pressured by legislative leaders to vote for the bill or else see his own legislation torpedoed.  Although there were no explicit threats, he said he did feel that it “seemed similar to blackmail."

House Speaker Becky Lockhart denied that any pressure was put on Powell to vote for the bill. (Though honestly, she really couldn't do anything other than deny it.  If it's true, it's true.  If not, she can't actually admit there was pressure without making matters worse.)

Considering all that HB477 contains and the chicanery that went into its passage, it's no surprise that Utah's legislature and governor have been awarded the Society of Professional Journalists' inaugural Black Hole Award.  Fortunately, the public outrage appears to have forced the pols who enacted this ridiculous bill to come to their senses.  I sincerely hope that Herbert and the Utah legislature come through and fix their mistake.  Lawyer John Godfrey Saxe may have said that "Laws, like sausages, cease to inspire respect in proportion as we know how they are made."  But in Utah's case, the cessation of inspiration comes from not knowing.

In a remarkably quick reversal, Utah's HB477 has now been repealed, per The Salt Lake Tribune.  The Tribune notes that before repealing the bill, Utah legislators "harshly criticiz[ed] the media for being deaf to privacy concerns and going 'over the top' in opposing changes" to GRAMA.  But ironically thanks to a GRAMA request, the Tribune subsequently found that the legislators' justifications for the bill were basically unfounded.