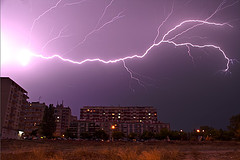 Two legal developments in Nevada and Colorado last week make Righthaven (previous post here) a textbook example of how not to win a lawsuit.  In their cases against the Democratic Underground (of which details can be found in the CMLP legal threats database) and Brian Hill (whose case filings are available on Scribd), Righthaven appears to be suing without owning the copyright and picking a fight with the judge handling dozens of still-pending cases, respectively.

Nevada: Sue Without Owning the Copyright

Righthaven is an entity that appears to do one thing and one thing only: sue individuals for alleged violations of the newspapers’ copyrights that it acquires.  Unlike the RIAA litigation against Jammie Thomas-Rasset or Joel Tenenbaum where the copyright-owning labels sued the allegedly offending individuals directly, Righthaven purports to be clearly distinct from the newspapers who generate the content at issue in its suits.

In taking on this role as copyright enforcer for other people’s content, Righthaven claims that when it acquires the copyright of its business-partner newspapers' content, it holds an “exclusive license” of various statutory rights typically held by all copyright owners. Despite this claim however, Righthaven has always resisted releasing information about the precise nature of its copyright assignments and the details of its business relationships with partner newspapers.

Unfortunately for them, this information is no longer secret.  Last week, Chief U.S District Judge for the District of Nevada Roger L. Hunt unsealed the contract between Righthaven and Stephens Media, the parent company of the Las Vegas Review-Journal.  As Joe Mullin at paidContent summarizes, this contract’s terms are eye opening:

The contract reveals that the controversial copyright-enforcement company and the LV R-J are splitting their net earnings from suing hundreds of bloggers on a 50-50 basis. It also shows that the LV R-J is still largely in control of Righthaven’s litigation strategy—a fact that could end up being ruinous for Righthaven’s campaign of copyright lawsuits.

Elaborating on just how ruinous this could be for Righthaven, the Electronic Frontier Foundation (which is representing the defendants) explains the problems with Righthaven’s legal strategy:

Getting this assignment right was essential because copyright law does not permit a person to sue for infringement unless that person’s own copyrights (e.g., the rights to reproduce and distribute a work) are actually being infringed. In other words, you have to have some real skin in the game.

There is now a real question whether Righthaven has any skin this game or just a contract to sue in apparent violation of Silvers v. Sony Pictures Entertainment, Inc., 402 F. 3d 881 (9th Cir. 2005).  If the Stephens Media-Righthaven contract does indeed violate Silvers, section 11 of that contract may become relevant:

Stephens Media understands and acknowledges that Stephens Media and Righthaven may be liable for an Infringer's attorneys' fees as required by Law in connection with an Infringement Action. Stephens Media further understands that a lawsuit brought solely to harass or to coerce a settlement may result in liability for malicious prosecution or abuse of process. [emphasis added]

I wouldn’t be at all surprised to see Judge Hunt reference this section in a future sanctions order.  Indeed, his order to unseal the Righthaven contract strongly suggests that he is growing weary of Righthaven’s legal antics:

No doubt Righthaven is already sorry they filed this case. The only remaining question is whether their sorrow will be measured in dollars. And just how many.

Colorado: Pick a Fight With the Judge

Over in Coloardo, Righthaven seems equally unable to extract itself gracefully from a suit filed against Brian Hill, a 20-year-old blogger with autism and severe diabetes.  Senior U.S. District Judge for the District of Colorado John L. Kane was clearly annoyed with Righthaven’s tactics in this case, writing on April 7th that:

whether or not this case settles is not my primary concern. Although Plaintiff’s business model relies in large part upon reaching settlement agreements with a minimal investment of time and effort, the purpose of the courts is to provide a forum for the orderly, just, and timely resolution of controversies and disputes. Plaintiff’s wishes to the contrary, the courts are not merely tools for encouraging and exacting settlements from Defendants cowed by the potential costs of litigation and liability. [emphasis added]

Realizing that they would not be able to settle this case quickly and quietly, Righthaven decided to attempt a strategic retreat just three days later, writing:

Defendant and his counsel wish to prolong these proceedings so that they can continue to use this case as a means for unjustly attacking Righthaven and its copyright enforcement efforts. Righthaven is no longer willing to engage in settlement discussions over trivial issues while the Defendant and his counsel seek to extend this action for publicity purposes. Accordingly, Righthaven’s filing of the Notice of Dismissal closes this case, but in doing so it is not sanctioning the Defendant’s unauthorized replication of the copyright protected material at issue. [emphasis added]

Righthaven’s petulant tone in dismissing the case provoked an unusually harsh reaction from Judge Kane, who went out of his way to strike “those portions of Plaintiff’s Notice of Voluntary Dismissal which are immaterial and impertinent….” [emphasis added].   Incredibly, Righthaven then took on the judge himself by not only arguing that the court lacked the power to strike those portions of the filing, but also re-filing the motion to dismiss with the previously stricken "impertinent" language still intact.

As a lawyer, I think I’d be quite worried about sanctions if I were representing Righthaven in this case.  Moreover, in the words of Mike Masnick, “Somehow, I get the feeling that Judge Kane, who already was not feeling charitable towards Righthaven, may be even less inclined to give Righthaven much leeway” in the dozens of other Righthaven lawsuits pending in Colorado before him.

Righthaven’s recent antics may make for an amusing comedy of errors, but their long-term impact is still troubling and uncertain.  Rationally, it still makes economic sense for individual defendants in Righthaven lawsuits to settle for four figures rather than to retain counsel and fight the allegations in court.  This personal dilemma poses an ongoing problem for all who envision a web full of American citizen journalists strongly protected by the First Amendment.

Moreover, as self-defeating as its litigation strategies have been, Righthaven’s losses here turn on legal standing and procedural matters.  While these issues are clearly important, there is a real danger that Righthaven’s bumbling may be so severe that the courts never reach more substantive issue like fair use.  If this is indeed the result, rulings against Righthaven will effectively apply only against future copyright plaintiffs stupid enough to copy Righthaven’s indiscriminate (and sloppy) litigation style.

In short, it remains to be seen whether Righthaven’s follies here will blossom into clear legal precedents protecting bloggers and journalists or simply fizzle into legal footnotes and historical anecdotes.  Recent Righthaven cases are full of sound and fury; it would be lamentable if they ended up signifying nothing.