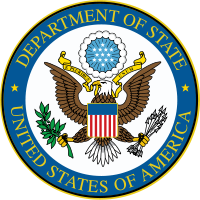 The U.S. Department of State maintains a list of organizations it believes engage in terrorist activity, and under federal law it is illegal to provide material support to them. The intent is to stifle any assistance given to these groups and to dry up the financing needed to further their individual causes. If the recent arrest of a 24-year-old in Virginia is any indication, however, "material support" could also include the exercise of speech protected by the First Amendment.

According to the FBI, Jubair Ahmad uploaded a video to YouTube last year that included images of armored trucks being hit by IEDs, footage of leaders from the terrorist group Lashkar-e-Tayyiba ("LeT"), and the audio of a prayer which references "mujahideen" and "jihad." In a second version of the video, Ahmad showed pictures of dead men on the ground, one with a bullet hole in his neck. Other pictures showed Abu Ghraib and U.S. soldiers with an attack dog. Ahmad's YouTube account is now suspended and his video cannot be viewed. Based on the FBI's description of the video, however, it doesn't appear that he called for violence but instead intended "to promote the spread of terror."

"...Jubair provided material support to LeT by producing and posting an LeT propaganda video glorifying violent jihad," wrote the FBI in an affidavit supporting Ahmad's arrest. "...Terrorist organizations such as LeT, and movements affiliated with them, use the Internet and other media as part of well orchestrated propaganda campaigns."

Knowing that producing propaganda is not a crime, the FBI explained in its affidavit that Ahmad trained in a Pakistani terrorism camp before traveling to the United States. It also detailed conversations Ahmad had with the son of an LeT leader about how to better edit subsequent videos. These circumstances, the FBI believes, make criminal what would otherwise be protected speech.

Ten years post-9/11, Ahmad's video obviously strikes at a soft spot in America's collective psyche. It is still too easy to disregard fundamental freedoms in exchange for the comfort found by silencing offensive and unpopular speech. While the FBI may be correct that the video intends to promote violence, promotion of ideas is the bedrock to an open democracy. Without the promotion of ideas, the marketplace for them is shuttered. The protections granted by the First Amendment go even further by protecting not merely the promotion of violence, but the advocation of violence. Like it or not, as Glenn Greenwald of Salon.com explains, "the Constitution — specifically the Free Speech clause of the First Amendment — prohibits the U.S. Government from punishing someone for the political views they express, even if those views include the advocacy of violence against the U.S. and its leaders."

This constitutional standard is unambiguously expressed in Brandenburg v. Ohio, 395 U.S. 444 (1969). In Brandenburg, a Ku Klux Klan leader made a speech at a rally and was convicted afterward under an Ohio law that made it illegal to advocate crime, sabotage, violence, or unlawful methods of terrorism. Id. at 445. The U.S. Supreme Court determined that the Klan leader's advocation of violence is protected speech. Id. at 449. To fall outside First Amendment protection, the speech must have been (1) "directed at inciting or producing imminent lawless action" and (2) "likely to incite or produce such action." Id. at 447. Said the court, "The constitutional guarantees of free speech and free press do not permit a State to forbid or proscribe advocacy of the use of force...." Id.

To prevent Ahmad's connections to LeT from muddying the First Amendment water, it's important to consider the speech by itself, removed from those who may have helped write its script. Given the ruling in Brandenburg, the FBI should be asking not if the video is a promotion of violence, but whether it actually incites terrorism. It's not apparent from the affidavit's description of the video that Ahmad intended to incite violence, and even if he did, whether anyone would have acted as he wished. Ahmad may have intended to promote violence, but it's a leap to equate the content of the video to incitement of any kind. To Greenwald, the video doesn't even rise to the level of advocation. "[The video] does not explicitly advocate violence at all; indeed, it appears not to advocate that anyone do anything," he wrote. "Rather, the FBI believes it is evocative of such advocacy...which makes this prosecution even more troubling."

Greenwald also noted that the government might argue that Ahmad was "coordinating with" LeT, as proscribed by Humanitarian Law Project, when he discussed editing his videos with the LeT leader's son. But he wrote that while it's "not an unreasonable point," Humanitarian Law Project "did not overrule or purport to overrule Brandenberg, which remains good law; and (2) Holder itself emphasized that "pure speech" remains protected." He added that the government has not sought charges against former U.S. officials who have accepted fees and spoken out for the Mojahedin-e Khalq ("MEK"), an Iranian group on the State department's terrorist list; this despite the fact that the officials' involvement with MEK is more clearly "coordinating" with a listed group than is the case with Ahmad.

The state seems to be censoring Ahmad's speech because of actions separate from the speech itself. Those actions may or may not be sufficient under 18 U.S.C. § 2339, but a video which is — at worse — advocating violence is certainly protected. The First Amendment applies to those touting terrorism as much as it does to the Klansman endorsing a lynching. Until they cross the line between advocacy and incitement, their message should be heard.