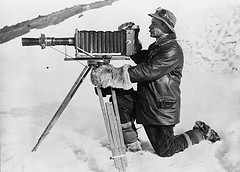 Despite the welcome 7th Circuit decision in ACLU v. Alvarez on May 8 that directed a federal district court to enjoin the application of the Illinois eavesdropping statute to an ACLU police accountability program, citizens around the country remain vulnerable to arrest and harassment for recording audio and video of police in public spaces. Cases like Glik v. Cunniffe and Alvarez indicate that the tides are changing in favor of First Amendment protections of police oversight and, in Illinois, at least two county court judges have also found the Illinois eavesdropping statute unconstitutional.  Some, like the ACLU, have launched initiatives to publicly record audio and video of police conduct, and the Alvarez case was pursued by the ACLU specifically to allow ALCU staff to legally record police without fear of reprisal under the eavesdropping statute.  (Interestingly, this decision comes just as Chicago is bracing itself for violent protests during the NATO summit this weekend.)

Along these lines, many individuals have been using a suite of cell phone apps developed by open government activist Rich Jones to record audio and video of encounters with law enforcement officers.  Jones launched the OpenWatch.net project in January 2011, which now boasts three smartphone apps designed to secretly record citizen encounters with police officers.  Jones has also produced a version of his software for the ACLU of New Jersey to support their police accountability programs. In a recent interview with Jones, he told me that he launched the project to supply technology "to provide documentary evidence of uses and abuses of power… [as] part of a new wave of document-based journalism."

"If we're going to lose all of our privacy," Jones says, "then we're damn well going to get some transparency."

In practice, after downloading the OpenWatch or CopRecorder app to a cell phone, a user just needs to open the app and press a button to record audio (in the case of CopRecorder) or both audio and video (in the case of OpenWatch) through the camera and microphone built into their phone.  After hitting "record," the app disappears from view to hide the fact that the user is recording.  And when the user reopens the app to end the recording, they are asked whether they would like to upload the recording to OpenWatch’s public database.

Jones says he regularly receives thousands of uploads from app users, and currently receives about one upload worthy of posting online every three days – although, working alone, Jones has a large backlog and is currently seeking funding to allow him to filter through the data he is receiving. Many of the recordings are traffic stops, and most document perfectly harmless police/citizen interactions.  But Jones claims that other recordings he has received document evidence of "civil rights abuses at DUI checkpoints in southern California."

Jones also reports receiving emails from lawyers and police who are looking to use the recordings in trials.

"The surprising thing is how many police officers are using the application," Jones says. "They use it to record their encounters with citizens so they can use it as evidence in court, or to expose internal procedure (cover their own asses)."

"Some cops have even emailed asking for help getting the media off of the phone, and one cop sent an extremely upset letter after realizing who we were and that he just sent us a confidential recording," he adds.

But despite some use of the apps from within the law enforcement community, Jones has also received very angry emails over the project and has been frustrated at his inability to find pro bono counsel willing to provide advice about the potential legal ramifications of the project moving forward.

One area of concern is the liability of users who make recordings with Jones' apps. While Jones was thrilled by the Glik decision, it is only binding authority in a handful of New England states and Puerto Rico. Thus, users of the OpenWatch apps remain potentially liable for violations of state wiretapping or eavesdropping statutes elsewhere.  Indeed, the courts in both Glik and Alvarez dealt directly with overt recording activities, and the fact that the OpenWatch app allows for covert surveillance (by hiding the app while recording is in progress) might be outside the scope of the decisions in those two cases.

For instance, in Massachusetts and the eleven other states that have enacted "all party consent" wiretap laws, the use of the OpenWatch apps to record statements made by police potentially opens an individual up to criminal and/or civil liability for recording conversations without the consent (or at least knowledge) of all parties to the conversation. This risk is compounded in states like Massachusetts where the statutory prohibition extends to any secret audio recording, regardless of whether the conversation is occurring in a public space where there may be no reasonable expectation that the conversation is actually private.  (In Glik, the recording at issue was found not to be secret, as Glik's phone was held up in plain view of the officers and they were aware that he was likely recording them.) Similarly, the Illinois eavesdropping law at issue in Alvarez prohibits the recording of any conversation without consent of all parties "regardless of whether one or more of the parties intended their communication to be of a private nature under circumstances justifying that expectation." (See the Illinois law, or a great discussion by CMLP’s Jeffrey Hermes).

This doesn't appear however to be an issue in the majority of states that have enacted one-party consent laws – because the consent of any party to a conversation, including the person making the recording, makes the recording lawful. But an individual covertly recording a conversation to which he or she is clearly not a party likely falls outside the protections of the various state eavesdropping laws.

These laws (and others) raise serious issues for potential users of the OpenWatch apps, and indeed OpenWatch itself, if the apps are used to covertly or secretly record police action as encouraged by the OpenWatch Project. Based on the current state of the law as evidenced by recent court decisions, it is important for potential or actual users of the system to understand their own state laws (and the potential fallout) before deciding to begin using such an application – especially when recording covertly – as the risk of arrest or harassment continues to loom large in a number of states.

Another area of legal concern for OpenWatch is the project's own liability for users' actions. In particular, it is unclear whether the OpenWatch project would qualify for safe harbor under Section 230 of the Communications Decency Act (47 U.S.C. 230).  That section provides immunity to providers of an “interactive computer service” that publishes information provided by third parties.  Section (c)(1) states that, "No provider or user of an interactive computer service shall be treated as the publisher or speaker of any information provided by another information content provider."

An “interactive computer service” is defined, in section (f)(2), as “any information service, system, or access software provider that provides or enables computer access by multiple users to a computer server….”  This definition would appear to cover the OpenWatch system, but the Act also includes a number of exceptions and does not protect against liability for content that OpenWatch creates or develops itself.

It is not entirely clear whether the OpenWatch Project's solicitation for users to upload recordings that potentially infringe various state laws, and the resulting decisions made in the process of filtering relevant files from others prior to posting on the project's website, could make the project a "co-provider" of the recordings rather than a passive host.

When asked Jones about the future of OpenWatch, he says “We want to continue to produce technology which confronts the current notions of power, privacy and surveillance. We'd like to focus more on the developing world, where corruption is much higher (see our PTSN based Voice-Dropbox project), on disposable surveillance hardware, streaming technology, education (see our side project, Lecture Leaks) and expanding our user base."

"We're also working to produce a federated system of citizen media notary servers for verifying citizen media with the National Lawyers Guild," he adds. The servers would capture, verify, and store recordings being made during protests in realtime for litigation purposes. "Beyond that, just more data, data, data."

The utilization of OpenWatch apps by the ACLU in their programs promoting police accountability and the right of citizens to record police conduct in public spaces, as well as the newly sanctioned ACLU program in Illinois (post Alvarez), indicate a positive shift towards stronger First Amendment rights of American citizens to work for government transparency and accountability.  Certainly, the OpenWatch Project has taken an aggressive stance on the right of citizens to demand transparency from their government and to protect First Amendment rights of citizens to record public conduct of government agents.  Efforts such as their recording apps and their collaborations with the ACLU and NLG are definitely pushing boundaries.  But while the wind after Glik and Alvarez appears to be blowing in favor of the right to record police in public, the battle is far from won.

Bryce Newell is currently a Ph.D. student at the University of Washington's Information School and a Graduate Fellow of the Comparative Law & Society Studies (CLASS) Center. He is also a member of the California State Bar (inactive) and is currently producing, directing, and editing a documentary film about humanitarian response to migrant deaths along the U.S.-Mexico border.

(Photo of Herbert George Ponting with a telephoto apparatus in Antarctica in January 1912 courtesy of the New Zealand National Library's collection in Flickr's The Commons photostream.)