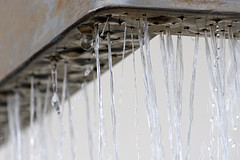 On the morning of July 11, the House Judiciary Subcommittee on Crime, Terrorism, and National Security held a hearing on the recent national security leaks.  I have watched a video of the hearing so you won’t have to (you can thank me later). Experts testifying included President George W. Bush’s homeland security advisor Kenneth Wainstein, American University Professor Stephen Vladeck, George Mason Professor Nathan Sales, and U.S. Army (Ret.) Col. Kenneth Allard.

As the witnesses pointed out, this is the third time in a year and a half that Congress has called for testimony on national security leaks. The sheer frequency of the hearings indicates that Congress should really try to figure out how to reform the Espionage Act, but I am not going to be holding my breath waiting for this to happen.  This latest hearing raised some interesting questions but unfortunately provided little guidance on how Congress might revise the Espionage Act.

Not surprisingly, Republican members of the Subcommittee largely used this hearing as an opportunity to rail against the lack of a special prosecutor to investigate the most recent national security leaks, while Democrats spent their time pointing out the most recent leaks were nothing new because leaks have been going on since the founding of this country.

The most interesting part of the hearing from my perspective was the Republicans’ attacks on the media for publishing national security secrets.  As I had mentioned in one of my earlier posts, almost all of the hostile reaction to the most recent round of high-profile leaks was initially directed at the leakers themselves and not the media entities that published those leaks.  Well, no more.  Rep. Lamar Smith of Texas began the attacks on the media at the outset of the hearing when he said that newspapers publish national security secrets not because they are committed to transparency but rather because they want to increase circulation.  Colonel Allard happily jumped on the media-bashing bandwagon, stating that The New York Times “abuses its position” and that David Sanger’s reporting was “the equivalent of having a KGB operation running against the White House.”  (Allard also had one of the best quotes from the hearing: “In wartime, I am as opposed to the free flow of information as I am to the free flow of sewage.”  Yikes!)

Along the same lines, various Republican members of the Subcommittee, but most notably Rep. Trey Gowdy of South Carolina, attacked the wisdom of the Department of Justice policy that requires U.S. attorneys to receive authorization from the Attorney General before issuing a subpoena to a reporter.  Rep. Gowdy said that every reporter dreams of going to jail in the name of protecting sources, so “why not give them what they want?”  Oh my.  I was very impressed with Kenneth Wainstein’s defense of this policy as an important mechanism to protect the freedom of the press.  He noted that even though a special prosecutor would not be bound by these regulations, he or she would still take First Amendment considerations into account and pursue other potential avenues for unmasking the identity of the leakers before going after the press.  Vladeck added the great point that the policy does as much to protect the government as it does to protect the press because courts are much more likely to view subpoenas favorably when they are rare.

Vladeck and Wainstein emphasized throughout the hearing how difficult it will be for Congress to strike the right balance between secrecy and the free flow of information, especially given the problem of rampant overclassification.  Vladeck repeatedly urged Congress to take advantage of its power to play a greater role in reforming the classification system and suggested the possibility of passing targeted legislation like the Atomic Energy Act to deal with leaks of particular types of information.  At one point Nathan Sales expressed his belief that Congress already had figured out how to deal with leakers back in 2000 when it passed a broadly sweeping statute that would criminalize all leaks of properly classified information (President Clinton vetoed this law), but I’m not sure he really meant this.  Earlier in his testimony he noted how difficult it is to craft a law that would criminalize only harmful leaks, and the 2000 legislation was anything but nuanced.

No one at the hearing had anything particularly helpful to say about how the Espionage Act could be rewritten to deal with government outsiders, like the press.  Except for Allard, the other panelists all seemed to agree that this was a very complicated question. Gee, thanks!  To be fair, it does seem like the focus of this hearing was on the leakers themselves, and it may be that the panelists’ written testimony did more to address this issue.

Near the end of the hearing, the Subcommittee attempted to grapple with how to draft legislation that distinguished between good and bad leaks.  (Allard was the only one of the testifying experts who refused to concede that there are good leaks — this is when he said that information = poop.)  This is the focus of my current research, so I was particularly intrigued to hear Vladeck say that a statute that considers the leaker’s purported goal might be an appropriate means of drawing this line.  I would love to hear reaction to this proposed approach.  I find Vladeck’s suggestion appealing, but I am concerned about its practical application.