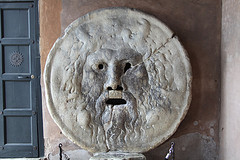 One overarching theme of the 2012 election season was a struggle with truth. Both campaigns were accused of serial falsehoods, and continuing to spread incorrect information after the truth was reported. The utility of fact-checking in the election was also questioned: David Carr argued that the efforts of fact-checkers were irrelevant to the conduct of the campaigns, while the parsing of endless minutiae fed partisan bickering; Bill Adair of PolitiFact responded that the purpose of fact-checking was to inform voters so that they could better judge the candidates, not to moderate the statements of candidates directly.

As a lawyer who has defended more than a few defamation cases, all of this led me to consider the difficulties faced by those who attempt to analyze the truth of even seemingly simple statements. It sometimes surprises those not familiar with media law that courts in libel cases are not generally tasked with deciding issues of ultimate truth. Rather, judges and juries are responsible for determining whether a defendant's statements are probably true or false, to a degree of probability that allows imposition of penalties in a manner consistent with society's level of comfort. After all, jurors are not witnesses and have no direct knowledge of events; their verdict represents the opinion of a small sample of the public about the veracity of actual witnesses and conclusions as to how piecemeal information fits together. Such a decision might be reliable enough for an award of damages, but it would seem strange to present a jury's determination to the world as a binding declaration of indisputable fact.

And all of this presumes that a statement is capable of being shown to be true or false through the presentation of evidence. The legal analysis of a particular allegedly defamatory statement is not a simple dichotomy of right and wrong; rather, it quickly devolves into distinctions between fact and opinion, material and immaterial errors, predictions about the future and declarations about the present, and implications and explicit statements. In many cases, courts do not even reach the tricky question of whether a statement is true or false, finding that even if a statement might be false the defendant lacks culpable fault for its publication.

It is tempting to dismiss the parsing of speech in defamation cases as the byzantine working of a lawyer's mind at its most arcane, but it is basically the same task that political fact-checkers must undertake when evaluating a candidate's claims. Political speech is routinely highly charged; even the simplest statements can be rife with implications as well as explicit claims, and contain a tumultuous mixture of factual allegations, unspoken assumptions, and opinions based upon disclosed or undisclosed facts.

For example, suppose candidate John Smith were to claim that his opponent, incumbent Jane Doe, "would be in favor of budget measures that would cost individual taxpayers up to $3,000." It might seem relatively straightforward to determine the truth of this statement, but evaluating the statement will raise a host of questions, such as:

Many of these questions require further investigation (or even expert analysis), some of them are potentially insoluble as a matter of fact as opposed to opinion, and at least three questions (the last three) raise the issue of whether the statement could be literally true but nevertheless substantially misleading. And yet, we feel that we should be in a position to make a judgment on this type of statement, as to whether it is "right" or "wrong."

This, I would suggest, is because people are less concerned with whether a statement is true than with the broader question of whether it is fair (which incorporates but is not limited to truth). Plainly, in the example above, most interested voters would not be satisfied with a determination that the statement was "true" if the actual impact was a total of $3,000 across all taxpayers, with individual impact measured in fractions of a cent. Similarly, some voters might disagree if a fact-checker declared the statement above to be "false" on the basis that Doe herself had never spoken about the specific measures at issue, if those measures were fully consistent with Doe's general platform.

Thus, if a political fact-checking service wishes to respond to the demands of the public, it often must address the question of fairness, and take a step beyond the point at which a court would ordinarily dismiss a defamation case on the basis of opinion or literal truth. The problem, of course, is that judgments of fairness are themselves inherently matters of opinion, and opinions differ. The electorate is far from unified on how to judge statements in political campaigns, leading to sharp critiques of how particular fact-checkers come down on particular issues. There will also always be those whose views are so polarized that any opinion they do not wish to hear will be ignored or attacked. Moreover, there will be questions of selection bias with respect to the political statements that a given fact-checker chooses to check and the amount of resources dedicated to each statement.

All of which makes one wonder why a political fact-checker would get out of bed in the morning, but the answer is simple. We actually do need them. Campaigns can push out more content through more channels than ever before, and most ordinary voters are not in a position to make sense out of most of what they hear. Political fact-checkers give us the information we need to make our own determinations on fairness, so that we do not have to rely upon either blind faith or cynical agnosticism. We may disagree with a fact-checker's conclusions as to whether a statement is fair, but if they give us the factual basis for their determination, we can at least have a meaningful discussion of the issue. If a fact-checker shows signs of selection bias, there are now many others who will call them to account.

Is it a circus? Of course, but that's nothing new. At least now it's an informed circus.

(Photo of the "Mouth of Truth" courtesy of Flickr user trpO pursuant to a Creative Commons CC BY-NC-ND 2.0 license)