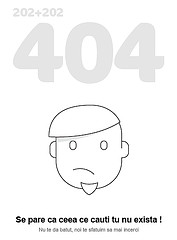 Before the holidays, Wired reported the filing of a putative class action in Ohio against a group of privately owned websites that allegedly collect and publish mugshot photos, and then charge those whose photos appear exorbitant amounts to have the photos removed. The lawsuit is premised on the right of publicity - that is, a person's right to control the commercial exploitation of their name or likeness.

It is not enough to state a violation of the right of publicity that someone's photograph was made the subject of a commercial transaction. Rather, a violation occurs when the name or likeness is used to suggest an endorsement or other association between a person and a product or service. This concept of endorsement is built into Ohio's right of publicity statute, Chapter 2741 of the Ohio Revised Code, which states that it does not apply to the

use of the persona of an individual that is protected by the First Amendment to the United States Constitution as long as the use does not convey or reasonably suggest endorsement by the individual whose persona is at issue.

For that reason, I am concerned by the invocation of the right of publicity in this case. The claim does not relate to the value of individuals' likenesses for the purpose of promotion or publicity, but the value to the individual of keeping the public from learning about negative events in the past.

To be sure, case law on this point is not without its anomalies. For example, the U.S. District Court for the Northern District of Ohio once allowed a right of publicity claim to survive a motion to dismiss filed by an expert witness who modified photographs of children to demonstrate to a jury how child pornography could be manufactured. Doe v. Bolton, 2007 WL 4189471 (N.D. Ohio Nov. 19, 2007). The defendant's motion to dismiss argued that the images he generated were commercially worthless; the court's two-sentence analysis of the claim suggested that the photographs had commercial value by the fact that the expert was paid to create them. Id. at *3. However, the brevity of the analysis and the fact that it appears in an unpublished federal decision make this case weak support for extending Ohio's right of publicity.

On a more general level, the reliance upon rights of publicity as a basis for a claim against these websites represents an attempt to shift the focus from the content of the sites (which would generally be protected under the First Amendment, because they reveal truthful and public information) to the coercive monetary transaction proposed by these sites. This is an entirely reasonable effort, as it is the commercial aspect of these sites that is truly offensive. However, this lawsuit apparently misconceives the right of publicity as relating to the transaction - the fixation of a dollar amount to the name or likeness - when the right more properly relates to whether the underlying content takes advantage of a person to convey a particular message of endorsement.

For that reason, reliance on rights of publicity in this context appears to be misplaced. But again, the underlying concept of focusing on the coercive nature of the transaction at issue seems sound. There are laws intended to address unfair behavior, including blackmail/extortion statutes and so-called "Little FTC Acts" that prohibit unfair and deceptive trade practices. Whether such theories are available under Ohio law is a question for another day, but one well worth exploring.