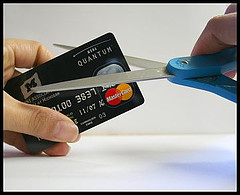 If you're arrested, your arrest is public information: your name, your address, what you're accused of. Many news organizations publish this information on a daily basis for their communities, as part of their news coverage.

Many news outlets also publish (here, here, here and here, for example) "mug shots," the photograph that the police take of the people they arrest. These photos are public information in most states, although the federal Justice Department recently took a stand against releasing such photos. Some police departments (Philadelphia, Pa., Mobile County, Ala. and Maricopa County, Ariz., for example) also post their mugshots online.(Update: A federal court in Arizona dismissed a lawsuit challenging this practice.)

But there are some sites on the internet (including both national sites like Arrests.org, Mugshots.com,  and MugshotsOnline.com and local sites like Eugene [Or.] Mugshots.com) that publish this information, particularly the photos, with a different business model: they offer to take down mugshots, for a fee.

Some states have taken action against these sites.Utah bars police departments from releasing the photos to sites that charge for removal (Utah Code 17-22-30), while laws in Georgia (2013 Ga. Laws ch. 188) and Oregon (2013 Or. Laws  ch. 330) purport to require the sites to remove, for free, photos of those who are exonerated or whose record is expunged.

The Georgia and Oregon statutes are of dubious constitutionality. Posting the mug shots is a statement that the person pictured was arrested: a clear fact regarding the actions of government officials. The U.S. Supreme Court has clearly held that if a publisher "lawfully obtains truthful information about a matter of public significance then state officials may not constitutionally punish publication of the information, absent a need . . . of the highest order." See, e.g.,  Smith v. Daily Mail Publishing Co., 443 U.S. 97, 102 (1979).

The Georgia and Oregon laws are also problemattic in that they specifically apply only to mugshot websites, while exempting -- explictly, in the Georgia statute -- news media, including news websites. The Supreme Court has been skepitcal of such discrimination against  particular speakers, saying that "speaker-based laws demand strict scrutiny when they reflect the Government's preference for the substance of what the favored speakers have to say (or aversion to what the disfavored speakers have to say)." Turner Broadcasting System, Inc. v. FCC, 512 U.S. 622, 658 (1994).

But these laws are not what created the current problems for the mugshot sites. Instead it was The New York Times, which began researching a story on them. By the time the story was published, Google apparently altered its algorithum so that these sites showed up lower in a search of a person's name. And the financial companies that process the payments to these sites also took action: MasterCard and Paypal told the Times that they would stop processing payments for the sites, and Visa said it was looking into the matter. (A follow-up by CNN Money found that the credit cards could still be used, because of a 30-day termination notice provision in the contracts.)

The goal, of course, is to remove the profit motive -- some would say extortion -- from these sites. And that may be a good aim.

But this is not the first time that a website has been hobbled by cuttting off its access to payments. In 2010 payment processors such as Mastercard, Paypal and Visa announced that they would not proceess donations to Wkikleaks, after government objections to the site's posting of diplomatic documents, some of which contained sensitive information. Mastercard and Visa recently reversed the ban after a ruling by Iceland's Supreme Court.

And NPR reports on efforts by political scientist instructor and commentator Jamie Chandler to cut off credit card services to Holocaust-denial organizations and other groups he labels as hateful to homosexuals, immigrants and Muslims.

Cutting off a web site's ability to receive donations -- or, for a commercial site, subscription fees -- by denying them payment processing services could become a tool of governments (since financial processors are highly-regulated) to shut down web sites they do not like, for whatever reason.  In the United States, the Supreme Court has held that government may not enact taxes or other financial measures that specifically aimed at shutting shown speech (see, e.g., Grosjean v. American Press Co., 297 U.S. 233 (1936)  and Minneapolis Star Tribune Company v. Commissioner, 460 U.S. 575 (1983) (striking down state taxes on large newspapers as a violation of the First Amendment)).

So while cutting off the mechanism that mugshot sites use to receive payments for their "blackmail" may seem like a good solution to a vexing problem, it is a dangerous one: it makes the prospect of a web site being starved of income for publishing unpopular material all the more real.