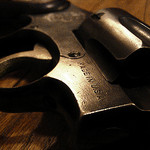 Eight days after a gunman entered Sandy Hook Elementary School, shooting and killing 20 young students, 6 staff members and fueling a national discussion on gun control, The Journal News in Lower Hudson, New York, published an interactive map of all residents in its community who possessed a firearms permit. The data — initially including the names and addresses of permit holders — had been obtained through the state’s Freedom of Information Law and could have been accessed by anyone upon request. Still, the decision to publish the data in its aggregate appeared to many as an unacceptable and needless invasion of the privacy of gun owners, and sparked a fierce debate over the ethics of such disclosure.

The Journal News ultimately decided to remove much of the personal data from the map, and the ethical debate over whether that data should have been published in the first place has for the most part died down. What remains, however, is a concerning unintended consequence: At least several states are considering to pass or have already passed legislation hindering access to gun registries or banning the publication of the data altogether.

Pat McDonough, a state delegate in Maryland, is proposing the latter. “The bill is going to prohibit publications from printing private information of gun owners,” said McDonough, who as of last week had not released a copy of the bill. “This is really a response to the paper in New York which claimed what they were doing was for the public good, but what [the gun map] really is is a massive editorial taking up two pages of the newspaper reflecting their position of the newspaper.”

When asked by a Baltimore City Paper reporter if he intended to “limit the First Amendment in order to protect the second,” McDonough responded: “That’s a good way to put it.”

Many states already exempt gun registry information from their respective FOI laws, considering such disclosure to be an unwarranted invasion of privacy. See State Survey on Gun Permit Disclosure, Reporters Committee for Freedom of the Press Open Government Guide. The Supreme Court of Michigan, for example, found that gun ownership is “an intimate or, for some persons, potentially embarrassing detail of one’s personal life.” Mager v. Dept. of State Police, 595 N.W.2d 142, 147 (Mich. 1999). Still, there are states that do keep such records public and as a result of The Journal News flap, are now reconsidering their decision to do so.

Why are these changes concerning? As a general principle, and with all due respect to the privacy interests at play, the disclosure of government documents is often in the public’s interest. That disclosure of information helps the public evaluate policy, makes it easier to monitor elected officials and helps communities discern patterns in their own behavior. What may initially be as mundane as a mailing list can provide context to larger issues and help create knowledge. Questions such as “Are gun permits being granted to law-abiding citizens?” or “Are some neighborhoods protecting themselves with firearms more than others?” can only be answered with the data these proposals would conceal.

This isn’t to say that the personal information of all permit holders is essential to an enterprising story. Insight can be gleaned from registry data sans street addresses, it just becomes more difficult to obtain. Start whittling away at the body of public records and with each chip that falls, knowledge becomes more elusive. Also consider the grief felt post-Newtown, the anger directed at The Journal News and the fear of gun owners that their Second Amendment rights will be diminished. It seems these far-reaching proposals could be an overreaction to emotional circumstances, rather than a clear evaluation of FOI policy and the balance between information and privacy. Most of the new or proposed legislation shields personal information in its entirety, yet there are compromises that could be made instead. If street addresses are concern, than perhaps residential data can be disclosed cumulatively by county. If names are to be shielded, then maybe ages of permit applicants could be released. The effort unfortunately is to shade gun registries from all rays of sunlight, even the most faint.

There is a more egregious example of this overreaction, however, and it is a reoccurring one. Within this policy debate inevitably comes a push to simply criminalize the publication of gun registry data altogether. This is the tactic McDonough in Maryland is proposing. It is also the basis to a bill considered by South Dakota this month. South Dakota Rep. Jeff Monroe introduced legislation that would make it a crime to publish any information about a gun owner without his or her consent. Reconsidering its scope, Monroe later limited the bill to apply to “any mass communications outlet.” Said Monroe, “It’s a bill that was originally intended to make it difficult to do what was done on the East Coast.”

Such proposals are not new, explained professor Richard J. Peltz-Steele in his recently published text, The Law of Access to Government. “Gun ownership advocates supported a wave of legislation in the states, especially in 2008 and 2009, to close permit registries,” he wrote. “One version of the pattern legislation criminalized the republication of permit information lawfully obtained, presenting a serious problem in prior restraint under the First Amendment.”

The First Amendment protects the dissemination of protected speech by prohibiting both prior restraints (an act to prevent disclosure before it is published) and subsequent punishment (a sanction levied after publication). By either formulation, the freedom of the press to publish protected speech can only be restrained in rare circumstances, usually involving national security. This doctrine is fundamental to the First Amendment and has solidified during the last 40 years as an essential protection for journalists.

“if a newspaper lawfully obtains truthful information about a matter of public significance, then state officials may not constitutionally punish publication of the information, absent a need to further a state interest of the highest order.” Smith v. Daily Mail Publishing Co., 443 U.S. 97, 104 (1979).

Gun registry data is truthful information that is clearly of public significance. If the Nixon Administration’s claims of national security were not enough to prevent the publication of the Pentagon Papers, the privacy lost by printing names and addresses of permit holders isn’t likely to warrant a prior restraint either. Protecting the privacy of gun owners may further a number of state interests, but those interests do not approach the magnitude required by our constitution.

“I don’t like the idea of infringing on the freedom of the press,” South Dakota Sen. Mike Vehle said. He and his fellow legislators last week voted down the bill proposed by Monroe. “I’m afraid what we’re going to end up (with) here is a long legal suit, and I don’t think were’s going to gain anything.”

Hopefully, McDonough in Maryland is listening.

Justin is an attorney based in Westborough, Mass. He can be contacted through his website, www.justinsilverman.com, and followed on Twitter at @justinsilverman.