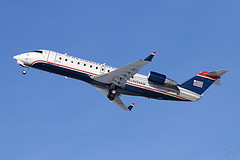 The Supreme Court has granted certiorari to the first defamation case it's heard since 1990, and in it, the Court will be balancing injury to reputation against -- what else? -- national security.

In Air Wisconsin Airlines Corp. v. Hoeper, the Colorado Supreme Court upheld a $1.4 million defamation suit against an airline after an Air Wisconsin employee reported a potential security threat to the TSA. In affirming the lower court, the court denied the airline immunity under the Aviation and Transportation Security Act (ATSA), an act giving broad immunity to airlines when reporting possible safety risks -- and acknowledged this case as the first reported case rejecting this immunity.

The case developed from events surrounding a pilot's termination from Air Wisconsin. According to the Colorado Supreme Court's opinion, after pilot William Hoeper failed three proficiency tests required to pilot a type of aircraft he hadn't flown before, Hoeper was given one last opportunity to pass the test. During the final test, Hoeper "believed that the test administrators were deliberately sabotaging his testing," which caused him to get angry, use profanity, and "bl[o]w up" at one of the test administrators. Hoeper did not complete the test, but told the administrator that he planned on calling the legal representative of his airline pilots' union and left to take a flight as a passenger from Virginia back to his home in Denver.

The administrator talked about the confrontation to Air Wisconsin manager Patrick Doyle, who knew that Hoeper was a federal flight deck officer (FFDO) -- a pilot issued a firearm and deputized as a federal law enforcement officer to defend the flight deck. After considering this information and the circumstances, without knowing whether Hoeper had his firearm on him, Doyle called TSA to report Hoeper as a possible threat. According to the TSA, Doyle said that Hoeper was an FFDO who might be armed, that he and other airline employees were concerned about Hoeper's mental stability and the whereabouts of his firearm, and that an "[u]nstable pilot in [the] FFDO program was terminated [that day]." That phone call, after which the TSA removed Hoeper from his flight and questioned him, forms the basis of the lawsuit.

The ATSA states that an air carrier or air carrier employee "who makes a voluntary disclosure of any suspicious transaction relevant to a possible violation of law or regulation, relating to air piracy, a threat to aircraft or passenger safety, or terrorism" cannot be civilly liable under any law or regulation in the United States. The ATSA, however, specifies that this immunity does not apply to disclosures made with actual malice -- "(1) any disclosure made with actual knowledge that the disclosure was false, inaccurate, or misleading; or (2) any disclosure made with reckless disregard as to the truth or falsity of that disclosure."

Air Wisconsin argued that these provisions barred the claim and, alternatively, that Hoeper's defamation claim failed because he could not prove actual malice as the statements made to the TSA were substantially true. However, the trial court jury -- as the trial court had determined that ATSA immunity was a question of fact -- returned a verdict for Hoeper. The appellate court agreed, and the Colorado Supreme Court affirmed. Although it held that immunity was a question of law, the Colorado Supreme Court decided that the lower courts' errors were harmless because immunity did not attach to the statements. The court noted, "In our determination of immunity under the ATSA, we need not, and therefore do not, decide whether the statements were true or false." While recognizing the "importance to our national security of the threat disclosure encouraged by the ATSA and the unique position of air carriers to obtain information about those threats," the court found, without reviewing whether Air Wisconsin's statements were true or false, that the airline had "overstated those events to such a degree that they were made with reckless disregard of their truth or falsity."

The Supreme Court's grant of certiorari is limited to the following issue: whether immunity under the ATSA may be denied without a determination that the air carrier's disclosure was materially false. Air Wisconsin's petition for certiorari stated that the Colorado Supreme Court "committed serious error in interpreting and applying the ATSA's immunity provision [when it] held that the truth or falsity of a report to TSA has no bearing on the immunity inquiry. But the idea that a true report could subject an airline to suit is inimical to the ATSA's goal of encouraging prompt disclosure of threat information; it is also the sort of absurd result that statutory interpretation must avoid."

Air Wisconsin's petition raises several questions regarding possible consequences that may stem from Colorado's holding. One significant effect is the potential of creating a heavy chill on communication and investigation among those involved in airport security. Airline crew members are trained to stay alert and report any suspicious activity, just as TSA implements measures to reduce potential threats to public safety at airports. Even if a crew member or TSA agent reports a possible risk, Colorado's decision may leave TSA unsure of exactly how and when to proceed in an investigation, creating a time-consuming process in an atmosphere that calls for prompt decisionmaking and assertive action. When public safety is threatened in an industry that has already proven to be a high-risk environment, action, rather than doubts, should be promoted. As the Supreme Court decides the case, it will surely consider the goals of the ATSA and how the determination of falsity affects them.

In addition to directly deciding on the falsity issue with ATSA immunity, the Supreme Court's decision may shed some light on the media/nonmedia distinction in defamation suits and the related burden of proving of falsity. As Air Wisconsin is a nonmedia defendant, the Court's decision may hint at standards that have been unclear previously.

Generally, there are three factors that affect the burdens of proof in a defamation case: 1) whether the plaintiff is a public official, public figure, or private person; 2) whether the allegedly defamatory disclosure regarded a private issue or one of public concern; and 3) whether the defendant is a media or nonmedia defendant. In Philadelphia Newspapers v. Hepps, the Supreme Court found that "the common-law presumption that defamatory speech is false cannot stand when a plaintiff seeks damages against a media defendant for speech of public concern." Thus, it held that "a private-figure plaintiff must bear the burden of showing that the speech at issue is false before recovering damages for defamation from a media defendant."

Like Hepps, the Hoeper case involves a private plaintiff and allegedly defamatory statements regarding a matter of public concern, air-travel safety. Yet in this case, the defendant is not a member of the media, and the Supreme Court explicitly referred to “a media defendant” in Hepps. Some argue that media defendants demand higher protection due to their special role under the First Amendment, yet Justice Brennan, in his Hepps concurrence, stated that a distinction between media and nonmedia defendants "is irreconcilable with the fundamental First Amendment principle that [t]he inherent worth of . . . speech in terms of its capacity for informing the public does not depend upon the identity of the source, whether corporation, association, union, or individual" (internal quotations omitted). Thus, the question of whether cases with nonmedia defendants require the plaintiff to prove falsity remains unsettled.

Should the Court require a determination of falsity before the denial of ATSA immunity, any instructions for this determination would likely help clarify the burden necessary for the present case, and therefore future cases with nonmedia defendants. In the context of the ATSA, which only denies immunity for knowledge of falsity or reckless disregard for the truth, it appears that the standard aims at protecting truthful statements. The Court, thus, may require the plaintiff to prove falsity. However, it could very well do so on narrow grounds only applicable in ATSA cases -- meaning the burden would only apply in a case with an airline or airline employee defendant. The national security and public safety that the ATSA encourages could be as compelling as the argued special First Amendment protections for the media, leaving little direction for application to other private defendants. Even so, with the unclear distinction between media and nonmedia defendants in defamation cases thus far, even the smallest inkling of guidance would be significant.

Rebekah Bradway is an intern at the Digital Media Law Project and a rising 3L at the S.J. Quinney College of Law at the University of Utah. As a former flight attendant, she believes airline employees should always be aware of and encouraged to report potential threats.