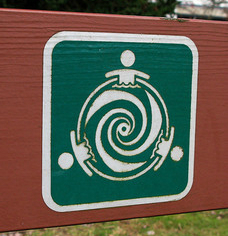 There was substantial media coverage of the defense verdict in the recent "twibel" (i.e., libel via Twitter) case against singer Courtney Love. Although the case attracted attention for the medium in which the allegedly defamatory statements were made, the dispositive issue was a long-standing element of libel law that did not depend on Love's use of Twitter.  Specifically, the jury found that plaintiff Rhonda Holmes, a lawyer who briefly represented Love in disputes stemming from the estate of Love's husband Kurt Cobain, had not proved the degree of fault on Love's part necessary for Holmes to win the case.

Curiously, the level of fault that the court required Holmes to prove was "actual malice," i.e., knowledge on Love's part that the statement was untrue, or reckless disregard by Love for whether it was true or not. Under U.S. Supreme Court precedent, the actual malice standard is applied when the plaintiff is a public figure.

Meanwhile, the District of Columbia's Court of Appeals is facing a similar issue in another case involving a lawyer as defamation plaintiff. In that case, the court is considering the attorney's status in connection with a decision as to whether her suit against anonymous Wikipedia editors should be blocked under the District's anti-SLAPP statute.

We are used to the idea of celebrities and government officials being treated as public figures, but should their attorneys fall into that category as well? As it turns out, courts have long struggled with the question of when an attorney's involvement in a prominent case or controversy makes him or her a public figure in the defamation context; this post examines some of these decisions.

The U.S. Supreme Court has considered three cases in which a lawyer's involvement in a prominent case led to questions about the lawyer's status as a defamation plaintiff. In all three cases, the Court held that the lawyer was not a public figure.

In Time, Inc. v. Firestone, 424 U.S. 448 (1976), the Court held that a lawyer who was a prominent member of local society did not become a public figure due to his divorce by a court in Palm Beach, Florida. The Court found that the plaintiff did not voluntarily choose to make aspects of his life public by electing "dissolution of a marriage through judicial proceedings," since the court procedure was required for the divorce, and that the divorce itself was not a public controversy which made the plaintiff a public figure.

Despite the U.S. Supreme Court rulings in Rosenbloom and Gertz, other courts have held that an attorney's representation of a party in a prominent case can, under certain circumstances, justify a finding that the lawyer was a public figure.

Other courts have held that a lawyer's involvement in a prominent case did not, in itself, make the lawyer a public figure. The Michigan Supreme Court took this stance regarding an attorney in a publicized criminal trial, Peisner v. Detroit Free Press, Inc., 364 N.W. 2d 600 (Mich. 1984), as did the Arkansas Supreme Court is a case involving a lawyer who represented a witness in the 1990s “Whitewater” investigation, Little Rock Newspapers v. Fitzhugh, 330 Ark. 561, 954 S.W.2d 914 (1997). Even a prominent lawyer such as Gerry Spence, who advocated for famous and controversial clients, can be a private figure. Spence v. Flynt, 816 P.2d 771 (Wyo. 1991).

Involvement in Political and Public Controversies

Lawyers who work for the government -- as judges, prosecutors and public defenders, for example -- have often been held to be public officials who must show actual malice in a libel suit. But non-government attorneys have also been held to be public figures due to their involvement in political issues, at least for purposes of the specific public issue in which s/he was involved.

But some courts have ruled the other way. In ZYZY Corporation v. Gloria Hernandez, 345 S.W.3d 452 (Tex. App.—San Antonio 2011), a lawyer who spoke publicly as representative of an Indian tribe, which client constituted 10 percent of her business, was held not to be a limited purpose public figure.

Involvement in Other Legal Matters

This also applies to administrative matters regarding attorney admission and discipline. Controversy over a lawyer's suspension and subsequent taking of the bar exam for re-admission to the bar was not sufficient to make the attorney a public figure in Little Rock Newspapers, Inc. v. Dodrill, 281 Ark. 25, 660 S.W. 2d 933 (1983). Neither was discipline of an attorney for practicing law in violation of his probation. Littlefield v. Fort Dodge Messenger, 614 F.2d 581 (8th Cir. 1980).

Aside from being involved in a prominent case, a lawyer -- like any other member of the public -- can become a public figure by his or her general prominence in the community.

Public figure status for a prominent attorney can also last for some period after the prominence recedes. In Lewis v. Coursolle Broadcasting of Wisconsin, Inc., 127 Wis.2d 105, 377 N.W. 2d 166 (1985), the court held that an attorney and former legislator who was still well-known in the community three years after leaving office remained a public figure.


Lawyers tend to be prominent in their communities, and are likely to be held to be public figures if they are are involved in local politics or community efforts. But in most situations, an attorney's representation of a client in a prominent case is not, in an of itself, sufficient to make the attorney a public figure.